Laos has a population of 6.5 million and is about the same size as the UK, which means it feels empty. There were so few cars on the main roads everywhere I travelled. I entered in the northwest and the mountainous landscape was so beautiful, the small towns and villages are sparse and I felt that few tourist were visiting this area as all children came running out to see me as they heard my motorbike coming along the road.

Laos people are so relaxed and smile continually wherever I travelled, in the towns they spoke English but not in the villages.

From 1964 to 1973, the U.S. dropped more than two million tons of ordnance on Laos equal to a planeload of bombs every 8 minutes, 24-hours a day, for 9 years – making Laos the most heavily bombed country per capita in history. Over 20,000 people have been killed or injured by unexploded bombs in Laos since the bombing ceased. Nearly 40 years on, less than 1% of these munitions have been destroyed and each year there continue to be over 100 new casualties in Laos. The U.S. spent as much in three days bombing Laos ($51M, in 2010 dollars) than it spent for clean up over 16 years ($51M)

Laos couldn’t be more different than its neighbour Thailand. Thailand is a modern country with western influences and money everywhere, Laos has none of this, it feels comfortable without the trappings of ‘the modern world’. I’ve travelled through developing countries (I hate this phrase but it fits) where I see poverty and unhappy people, Laos doesn’t feel that way.

Keep what you have Laos the ‘western way’ isn’t that great!

Venturing further south the main highway follows the Mekong and passes through many towns and cities which I didn’t find very interesting, in fact ridding in the majority of Laos was pretty dull. Luang Prabang in the north is lovely and without doubt my favourite town. The ridding to the east of the Mekong and main highway is much more fun with many dirt roads and more interesting landscape.

In summary the people are wonderful and the Northern landscape most interesting. The Mekong which is the border between Laos & Thailand for much of the western border is amazing and so massive. 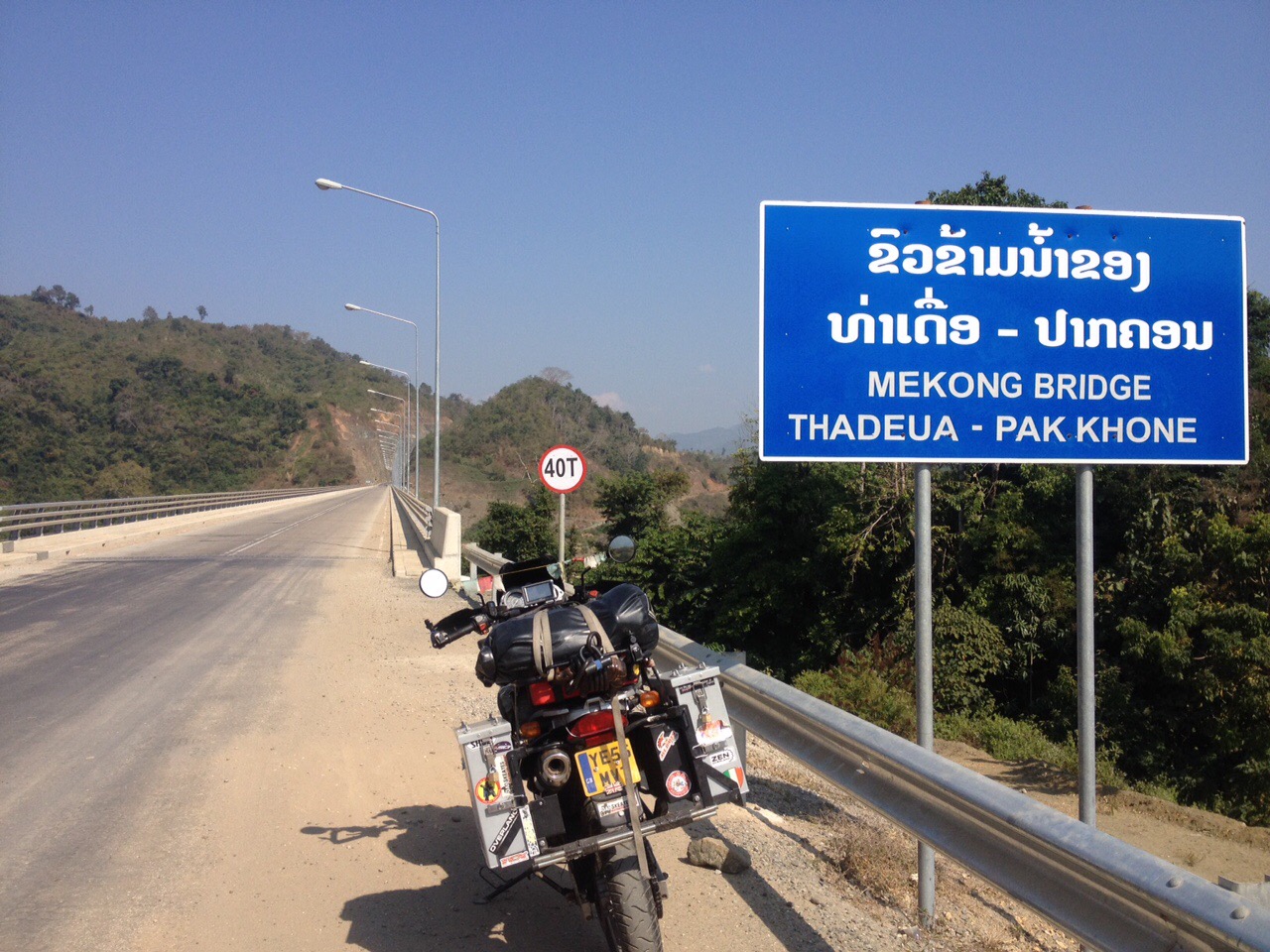 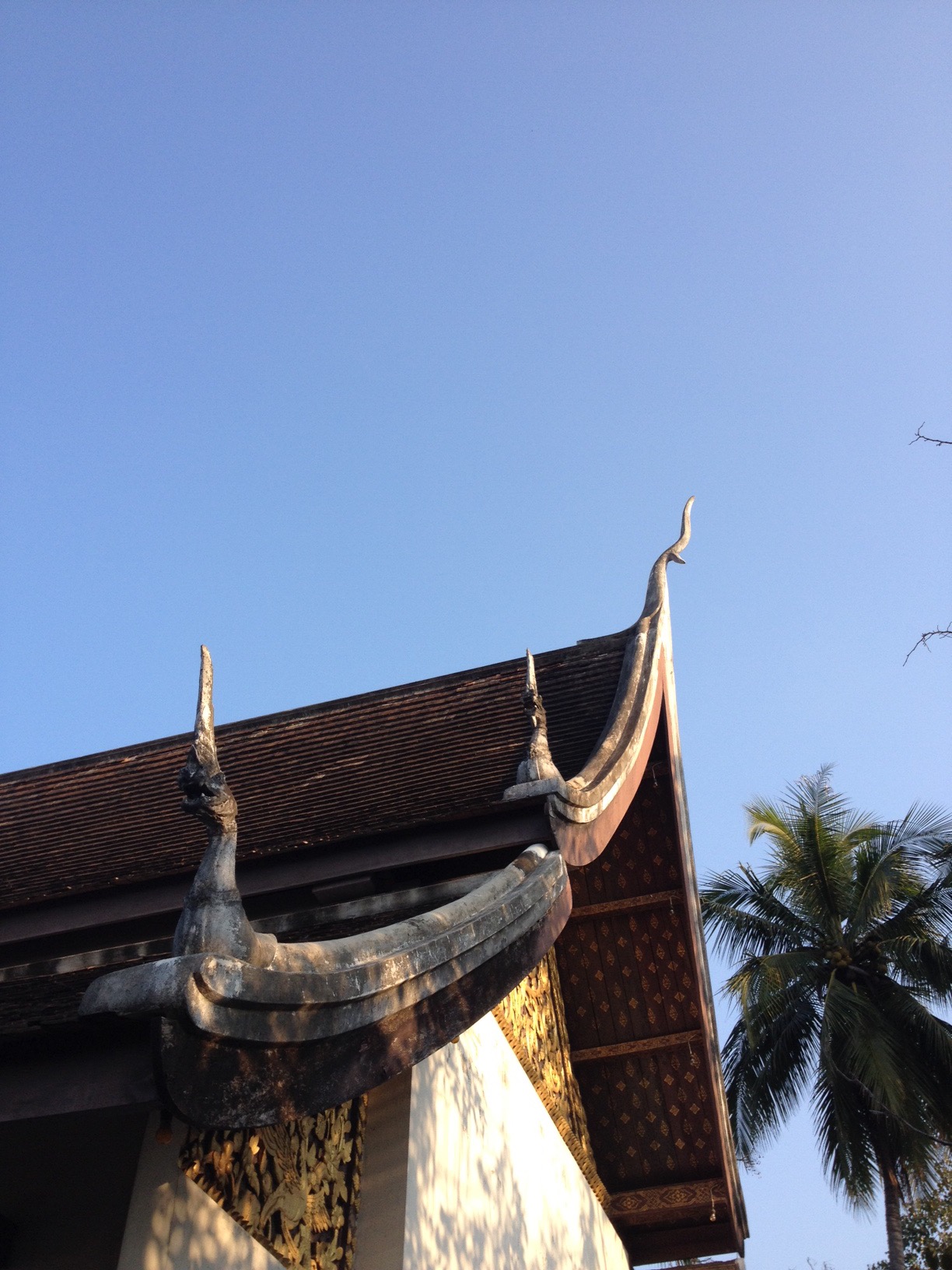 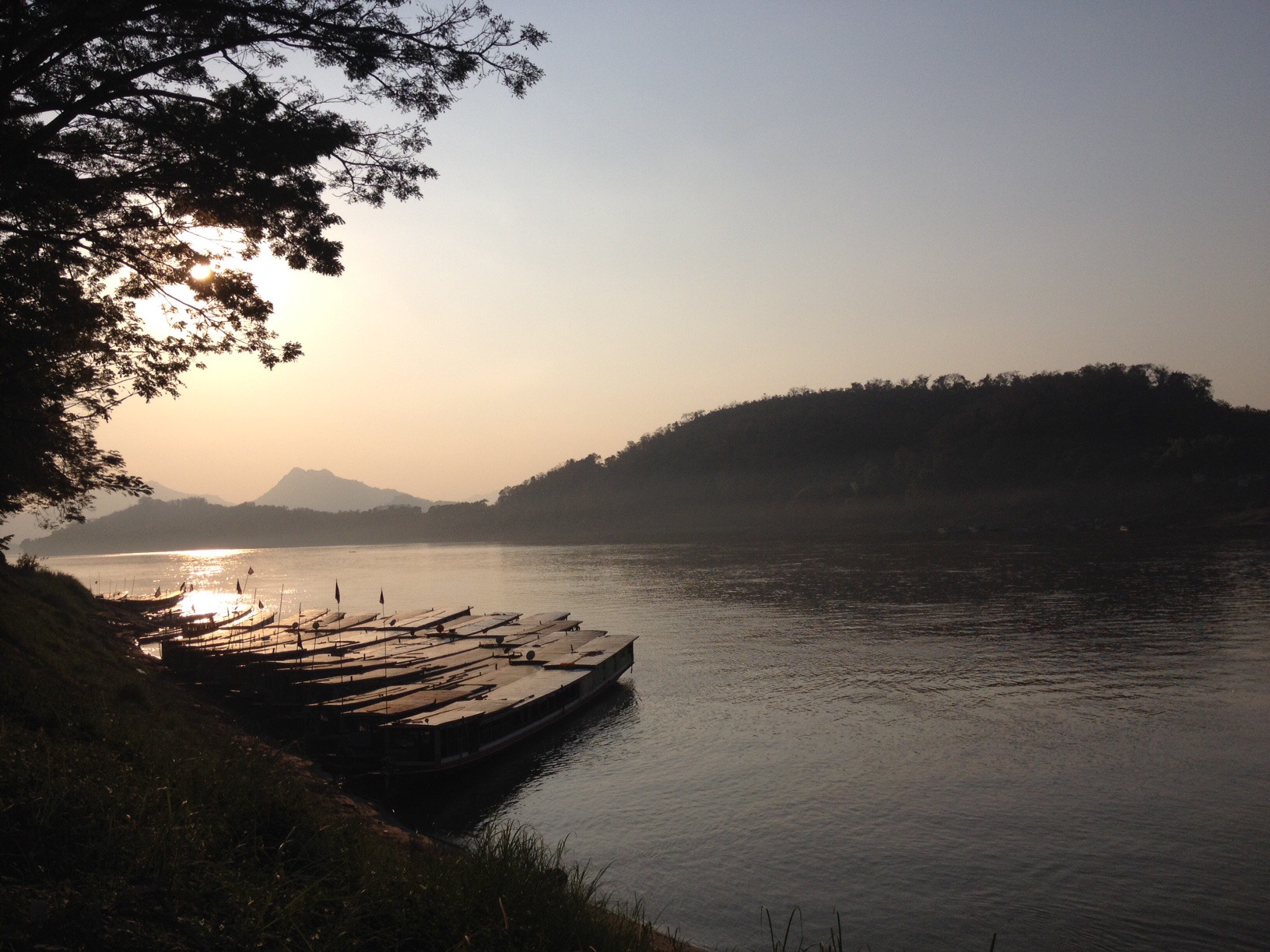 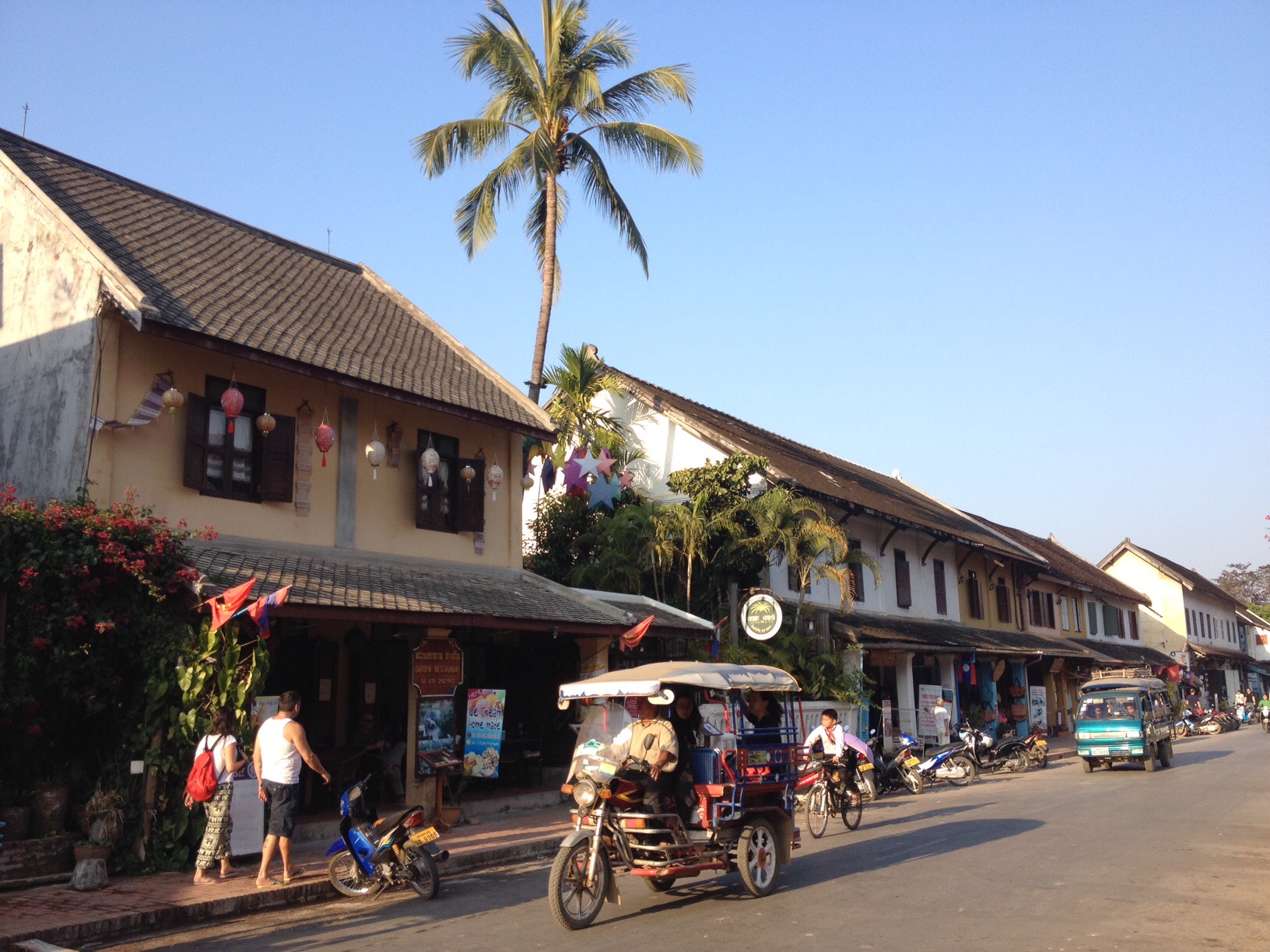 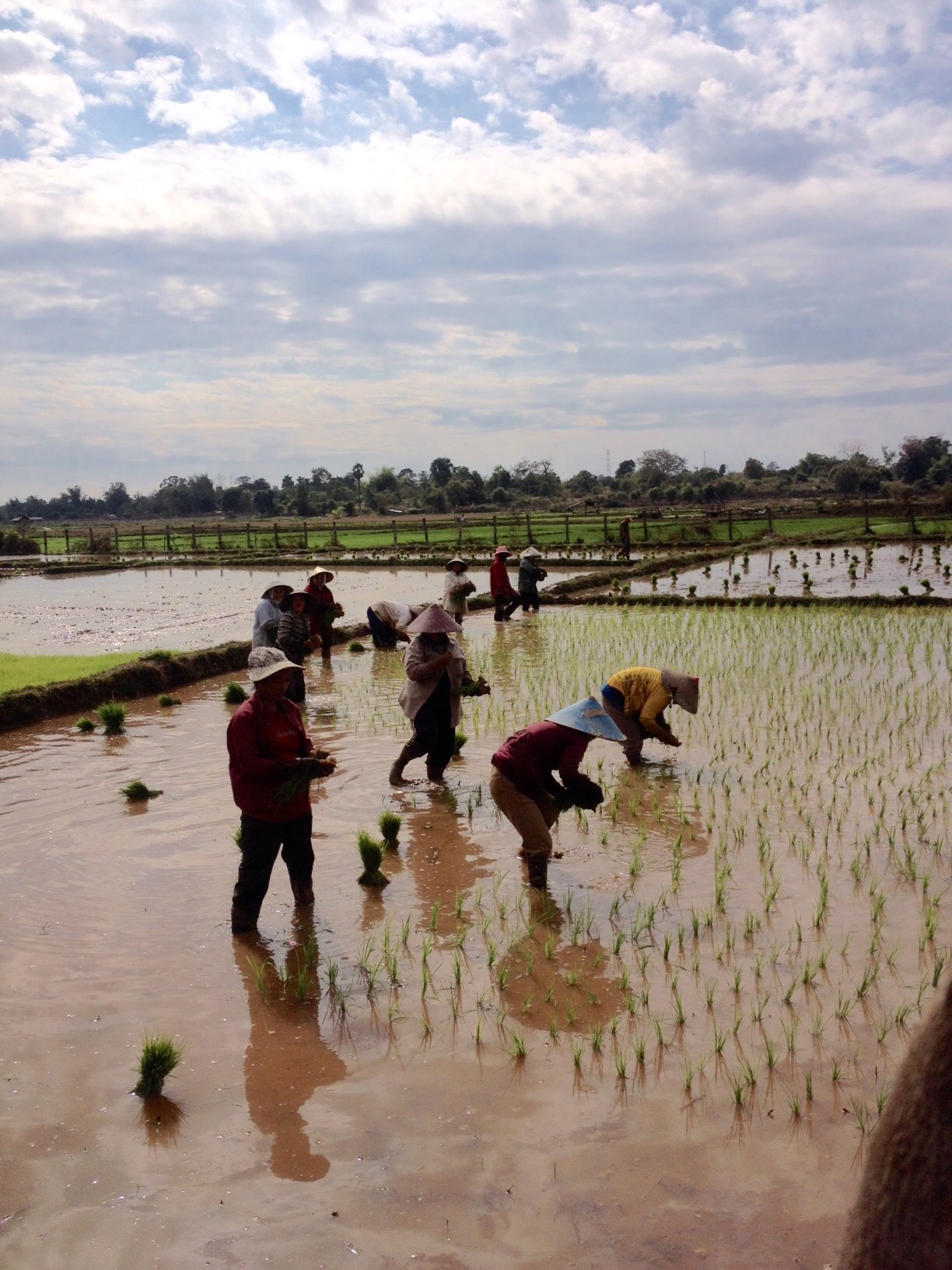 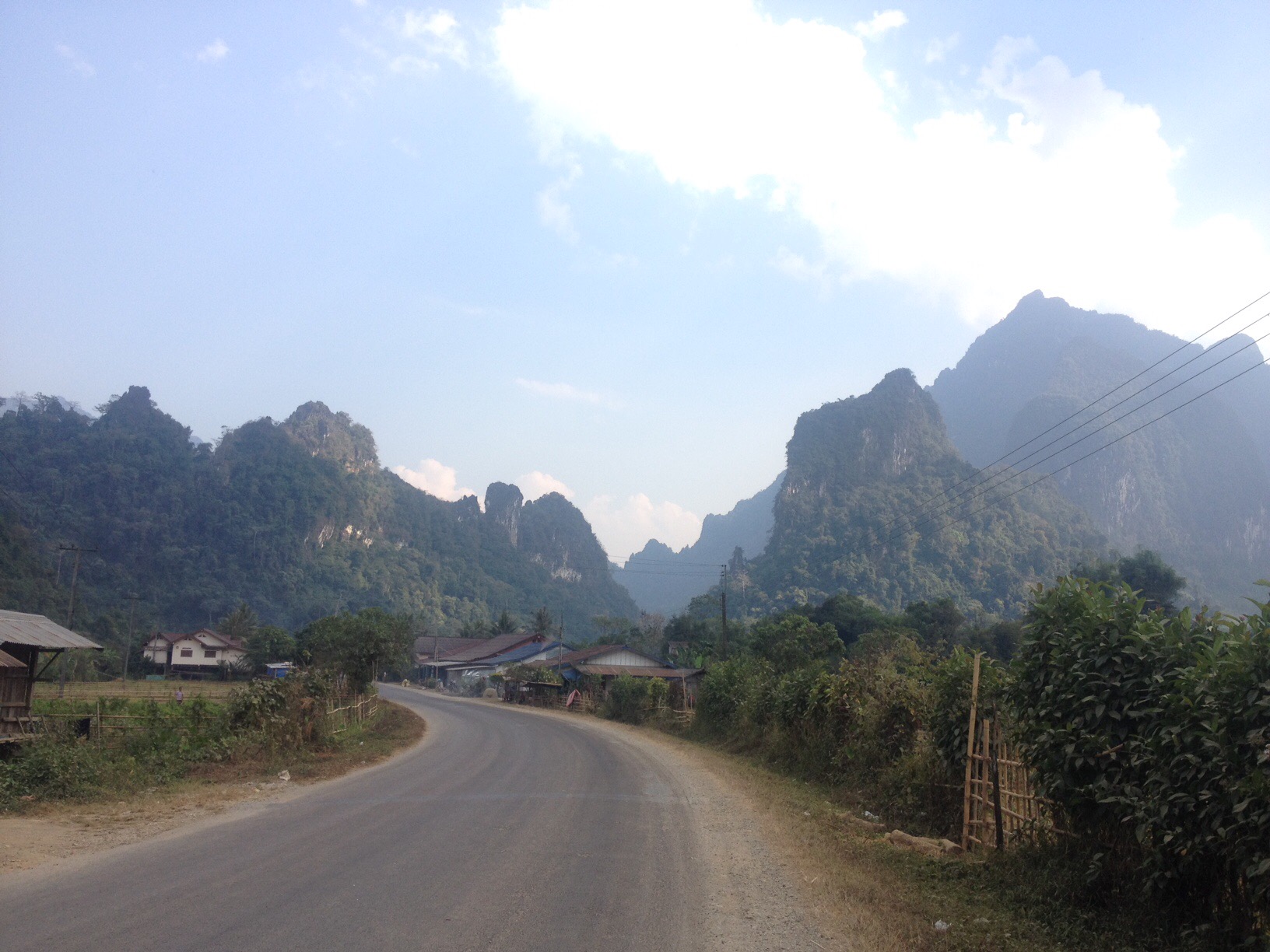 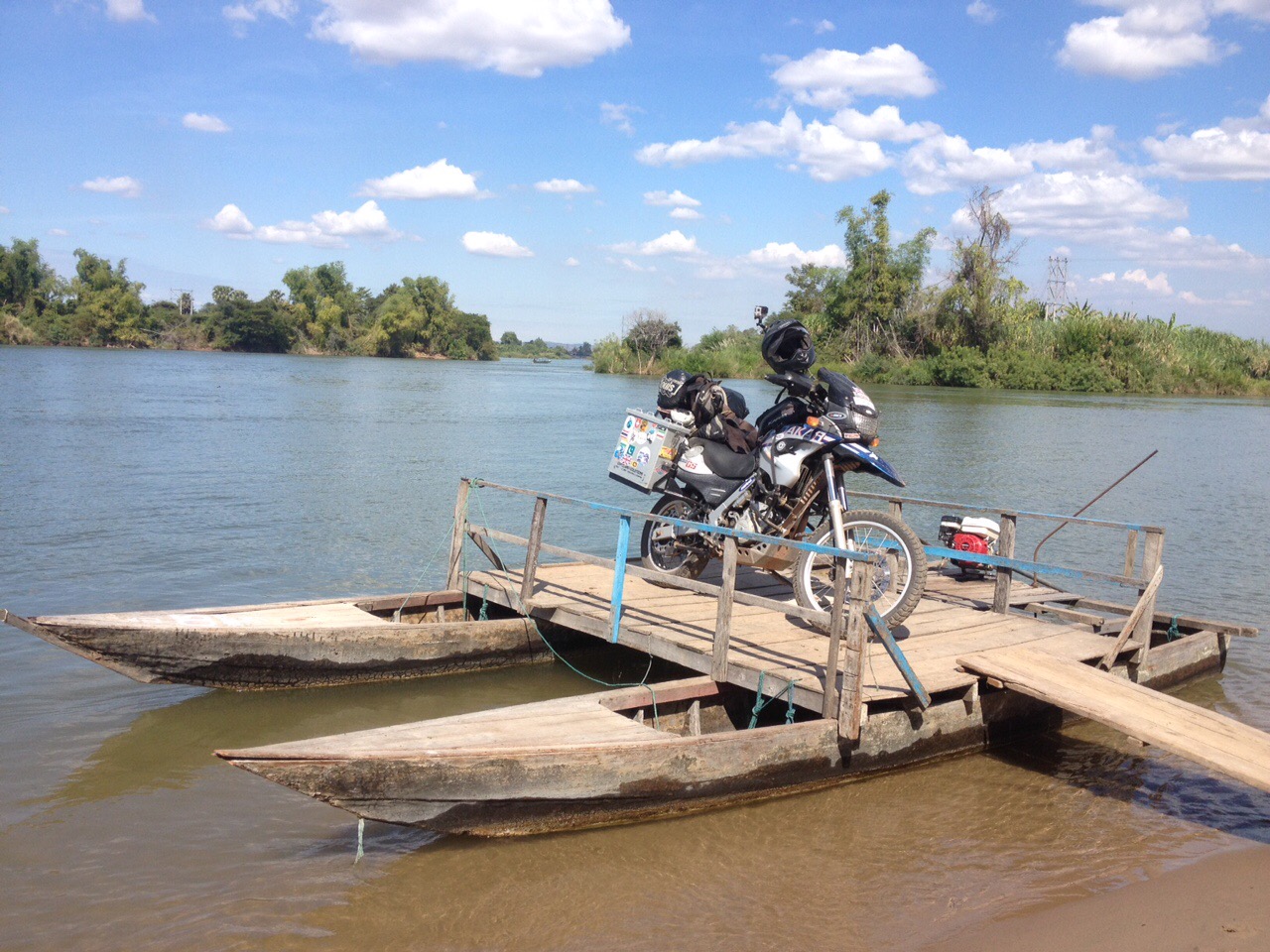 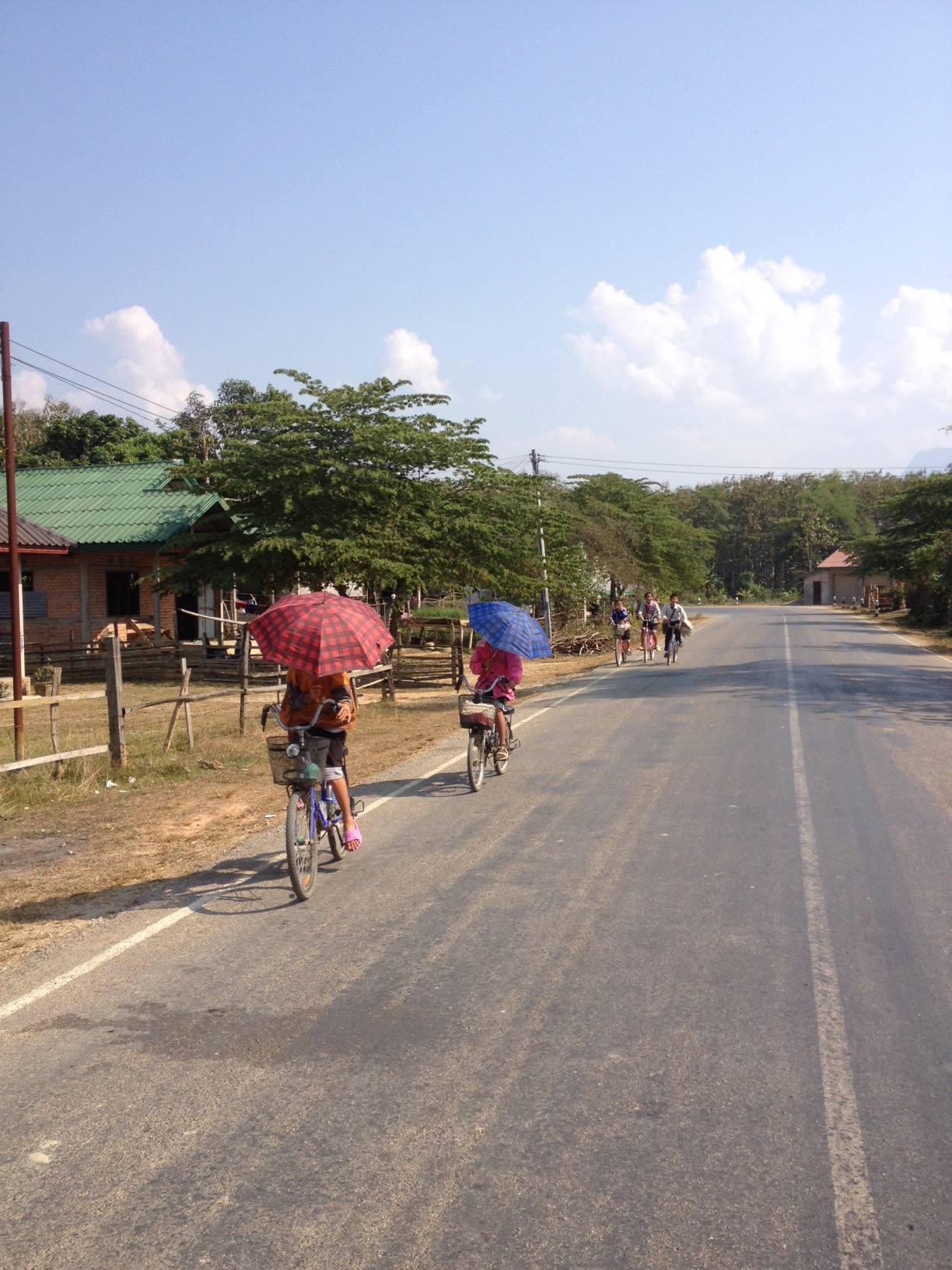 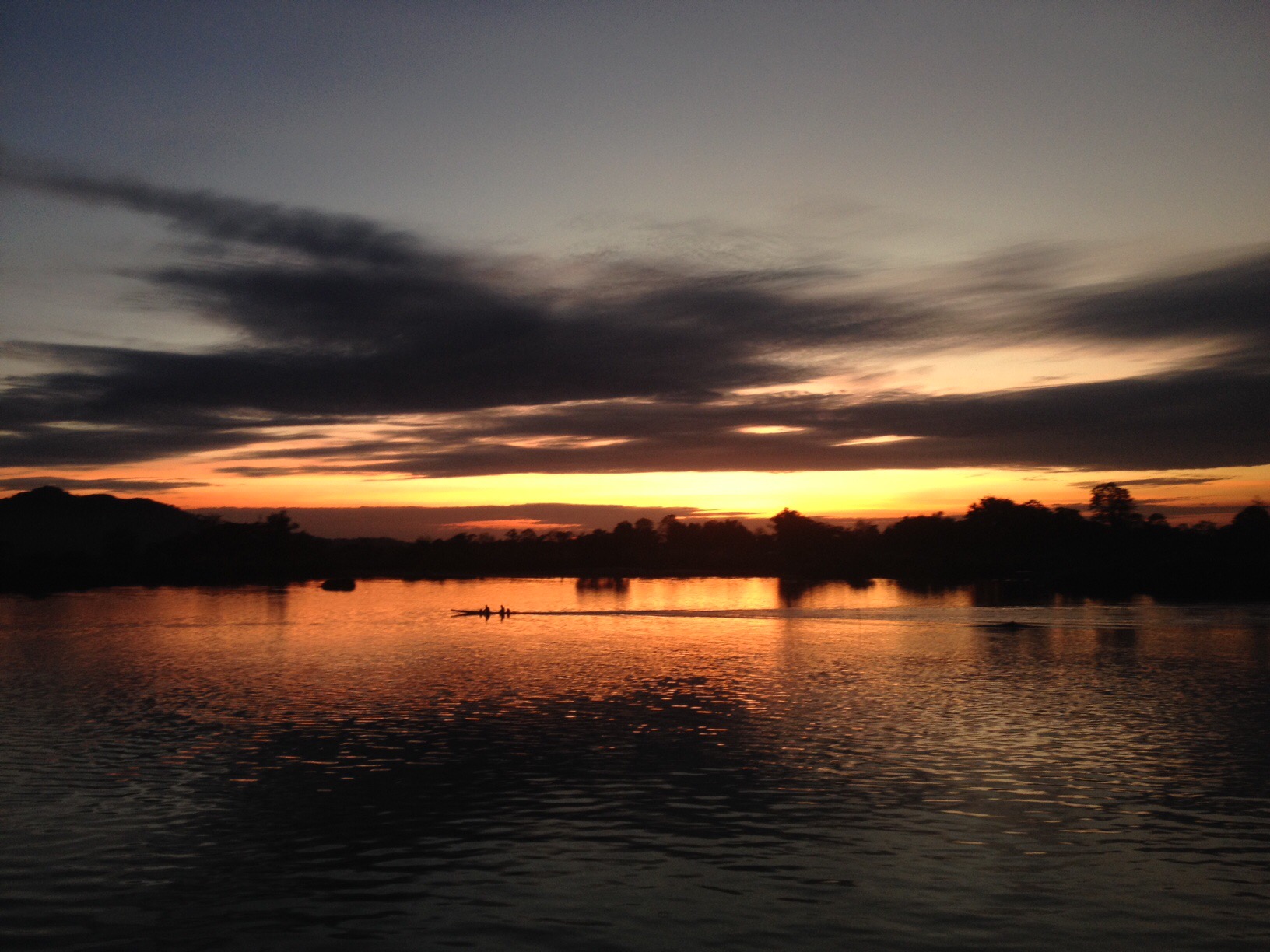 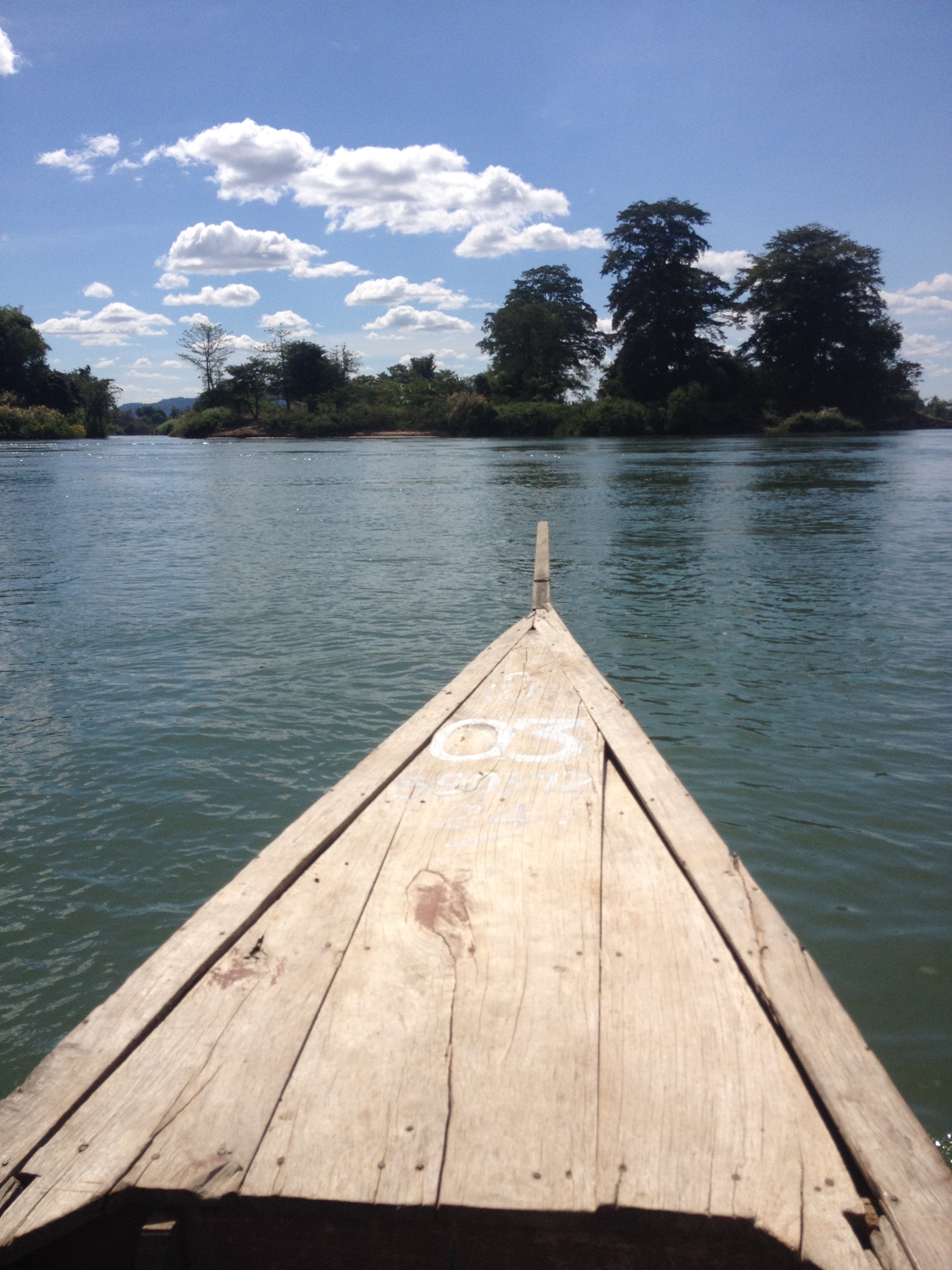