My friends will tell you I have a propensity for acts of stupidity! The sat nav said I would arrive in Batumi at 2pm.

I was told the main road to Batumi was good but again the sat nav decided it knew better as it turned left off the main road after only 15km. I went with it and it was magical riding for the first hour as the road climbed, the only hazard were cows in the road, they are everywhere in Georgia and they seem to find standing or laying in the road a good thing, as did the sheep and a donkey!

Georgia has modern day cowboys everywhere herding their cows and sheep, high up in one mountain on a plateau there was a mass herding of the livestock down the mountain and there must have been 50 men on horseback and thousands of animals, it was a great sight.

My mood changed after this as I was high, exposed to the wind and getting cold. The smile I had was gone and I wondered why I hadn’t looked at the settings on the sat nav and taken the main road, I could have been happily plodding along with everyone else. I struggled for an hour and then came down off the plateaux and followed a lovely valley for a while and saw a couple of cyclist, I stopped and they were from England, they were 70 & 72. I love meeting crazy people.

I arrived back in Akhaltsikhe a town I passed about a week ago and remembered looking at the map a few days ago thinking the direct road from here to Batumi was such a thin line on the map it must be no more than a track. There was no alternative!

I had about 150 km to go and as I started the final leg of the journey the roads were good and I was again smiling but this only lasted about 10km when the Tarmac ended and the track started. Mud, stone, pot holes, it really was bad and I knew it was 150km long over a mountain. I felt really down as I had been riding 5 hours already and only eaten a bar of chocolate.

The track quickly went up hill and riding steep switchbacks on an awful track is extremely slow and draining. I could see the mountain towering 1000 meters above me and I wasn’t enjoying myself at all. I continued for about 30 minutes struggling with the very slow pace although the scenery was getting amazing.

Unlike the mountains of the previous two weeks this was very green with the smell of pine trees everywhere, to my left was a sheer drop of over 500 meters down to the valley below. I stopped near the top and realised that whilst I was knackered and had only covered maybe 5km it was the most beautiful place. I was alone again, just me the bike and the mountain.

As I reached the summit the terrain was getting really bad, at one point a waterfall crashed onto the road and I dropped the bike crossing the river. My adrenaline kicked in as I lifted the bike and luggage with ease and roared to the other side. Now I was really pissed off!

I reached the summit at exactly 2000 metres and there was a village where the locals offered me drinks. I could see rain clouds ahead. I still had about 145km to go and I assumed it was all going to be hard off roading. My mood hadn’t changed.

100 metres on I noticed a sign stating the mountain was being developed into a ski resort and 5000 people per day were anticipated. I thought this was very funny bearing in mind the arduous task I had just had getting up there.

As I looked West down the other side of the mountain it was truly beautiful. I didn’t know what was in store for me at that moment.

It was now about 2pm and my sat nav had anticipated I should have been at my destination now! I assume it thought the road I was on was a normal road?

So I set off down the mountain and there was the starting of a stream down the middle of the track, the source of a river.

The track was really bad, very steep in places and full of pot holes, worn tracks with the small streams heading downhill too. Unlike the ascent I started to enjoy the riding and as I passed downhill there were some houses and farmers, this side of the mountain was lived on. The riding was extreme, as extreme as anything I had ever done and I was going to enjoy this.

My destination was 140km and 2000 meters below me at The Black Sea.

I have a Honda XR400 at home and have done some ‘green laning’ but this was not flat Essex and I was on a 650 Dakar heavy with all of my luggage.

My dilemma was do I take care of my bike and ride carefully or have a great ride down and possibly cause some damage? You can’t give a child an ice cream and tell them not to eat it…

I raced downhill through rivers, streams, rocks, mud and avoiding cows. I was bound to fall off and drop the bike sooner or later.

My sat nav is wonderful again, the next 3 hours I had the best ridding ever, the steep decent took me down to about 500 meters where I gave it everything I had, the bike performed perfectly dealing with very harsh conditions. With about 100km to go the back brake went! I assume the brake fluid got too hot from over use? I let it cool down and it was ok again.

30 minutes from my destination I saw an old dilapidated bridge crossing the now roaring river and as I have a propensity for acts of stupidity I decided to ride across it. It was old and narrow but just wide enough to get my bike across. What I didn’t realise was on the other side was a very steep footpath that hugged the cliff, I couldn’t pass or hardly turn the bike around to go back as the path dropped away into the raging river below. So this is in the middle of nowhere and there happened to be two extremely drunk Georgian men there! Over the next 15 minutes with no understanding of each other’s language I tried to turn my bike around and they hadn’t a clue how to help and were incapable, at one point they tried to get on the bike with me. It was a farce, a dangerous situation, my bike could easily have ended up in the raging river below. I dropped my bike in the process for the second time of the day. Had anyone seen the debacle I’m sure they would have laughed.

The river I had followed from its source got bigger and bigger and by the time I reached my destination it was 50 meters wide.

I eventually arrived at Batumi, met Garth, checked into a Christmas decorated hotel and relaxed, it was 5.30pm.

I came away for an adventure and today I had the best adventure ever. It was certainly the best biking I’ve done ever. My emotions were everywhere, this is why I travel.

I love my bike it’s great at everything I ask it to do it does. My sta nav has it’s positive moments too. 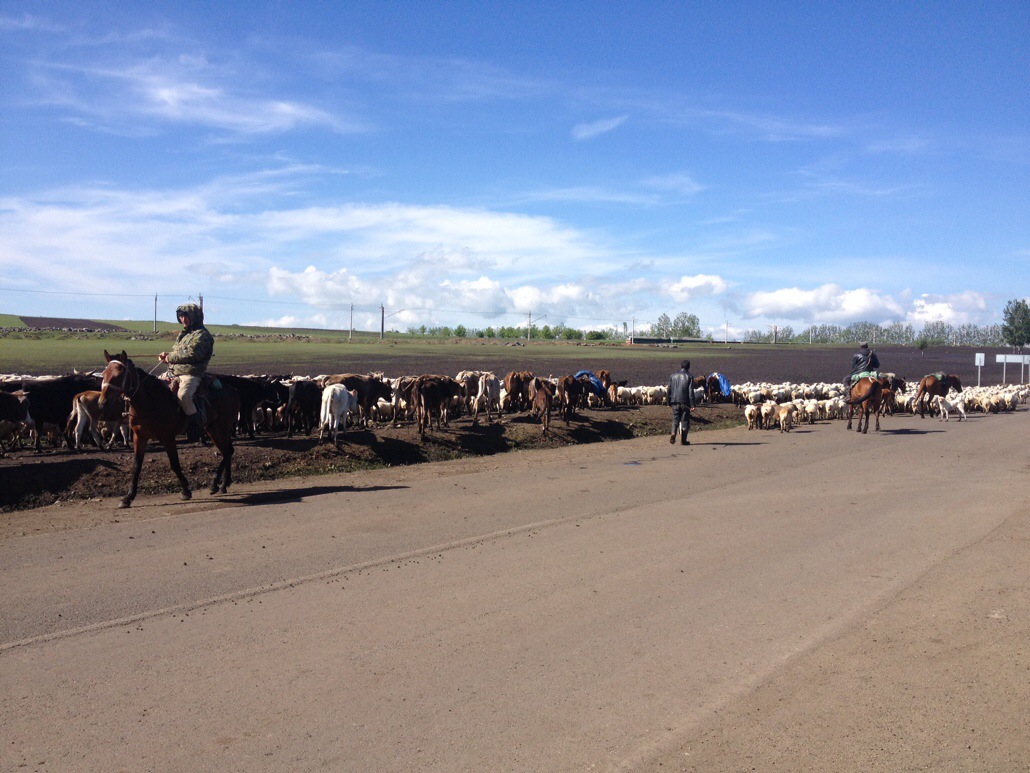 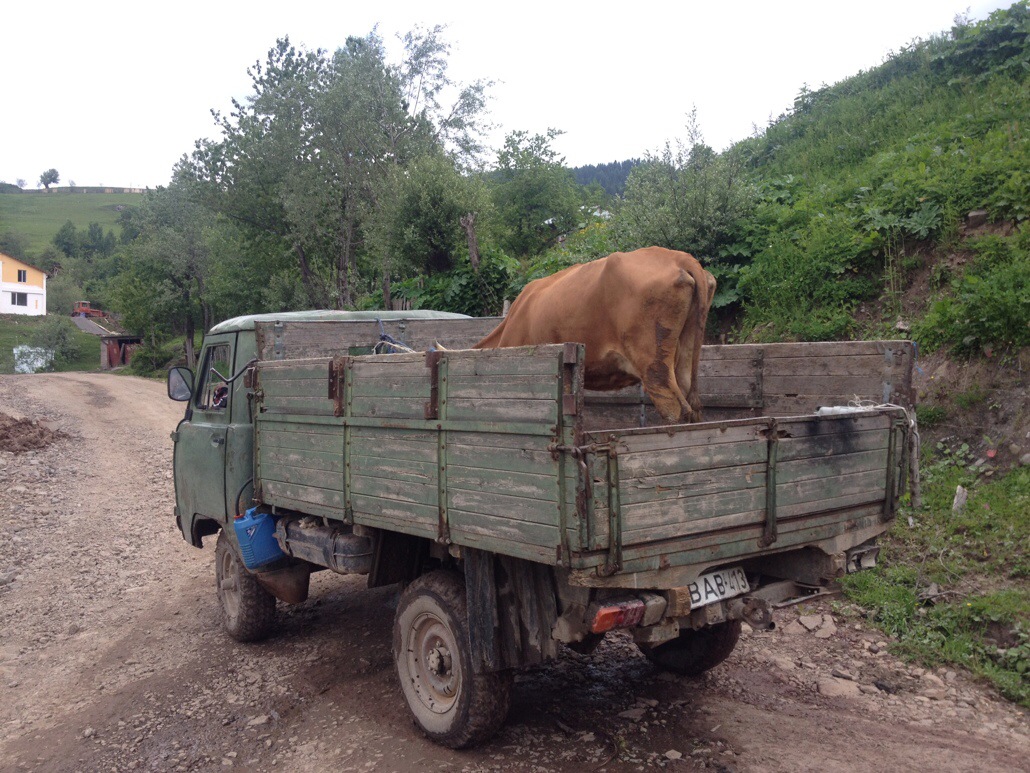 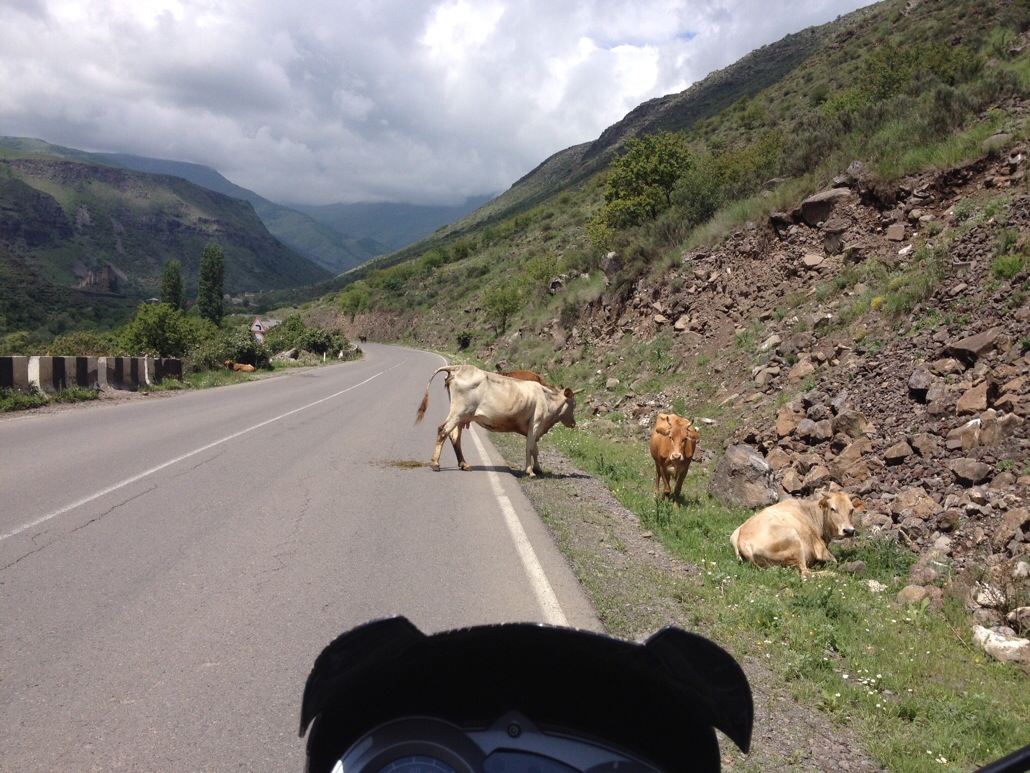 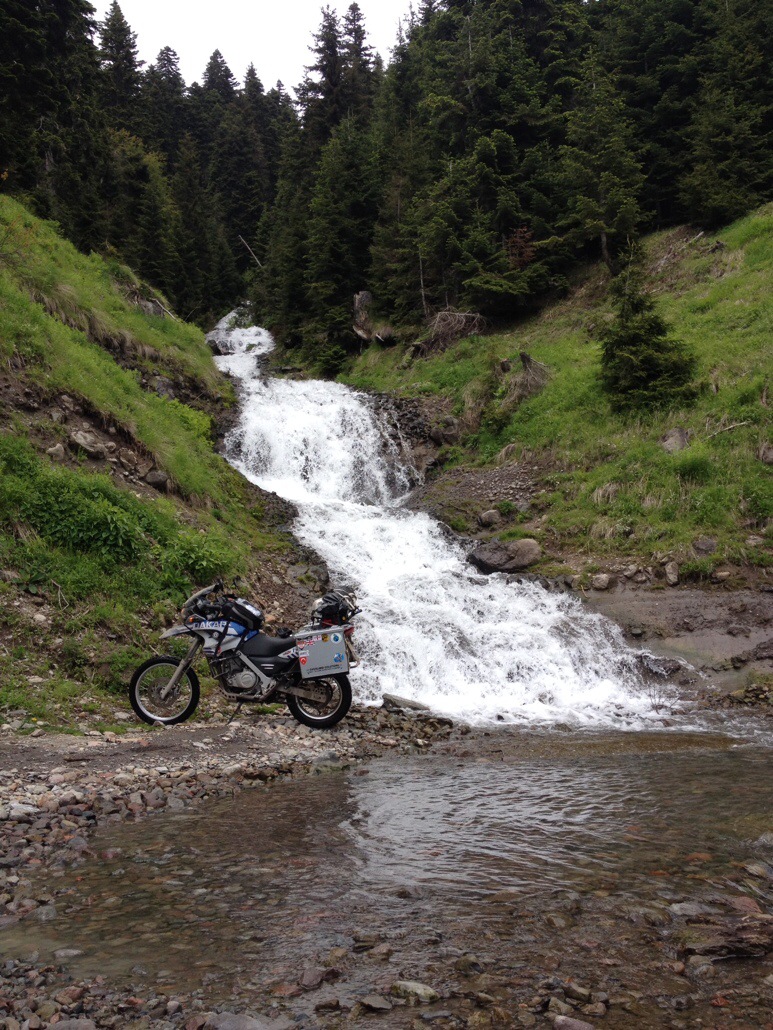 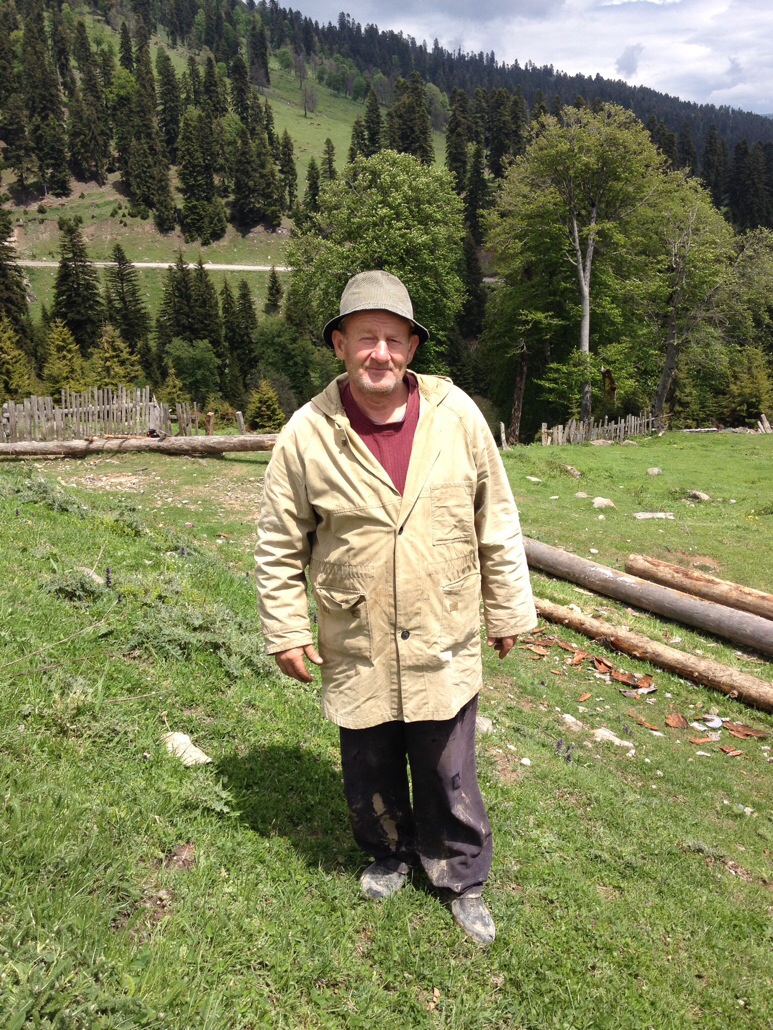 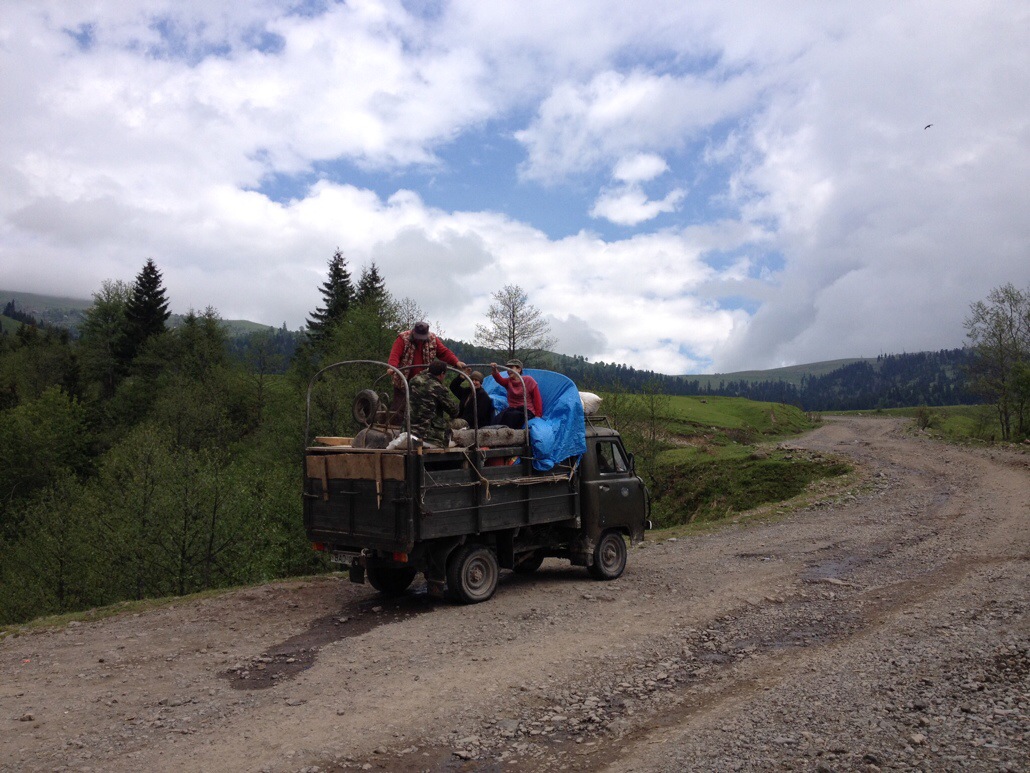 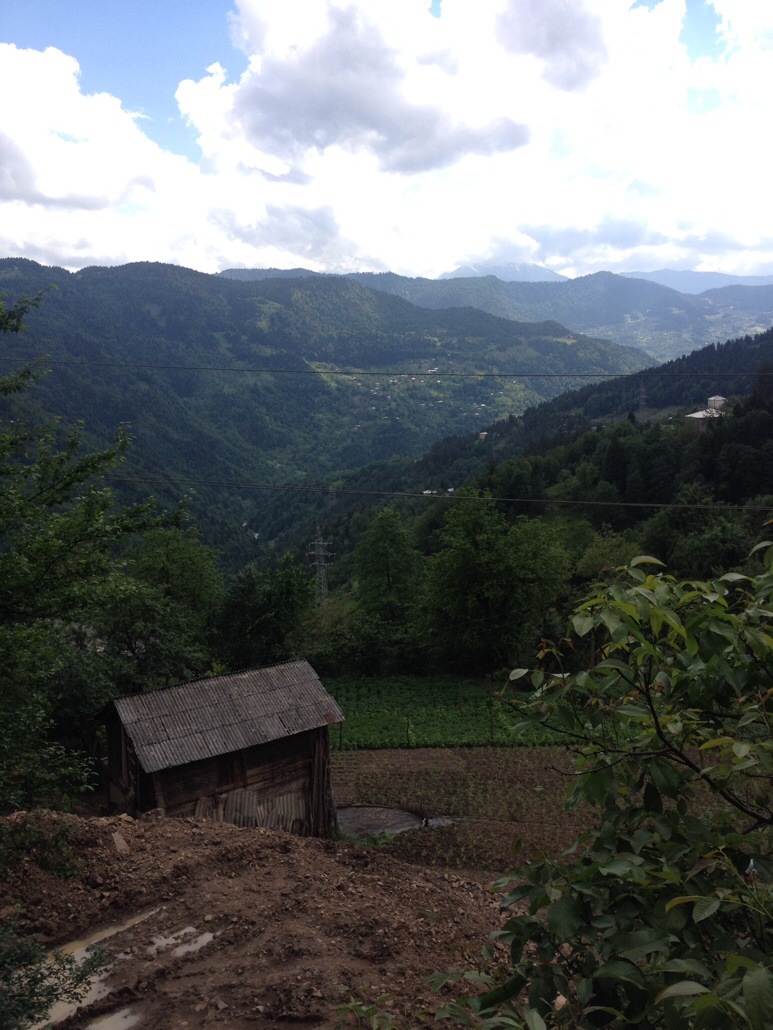 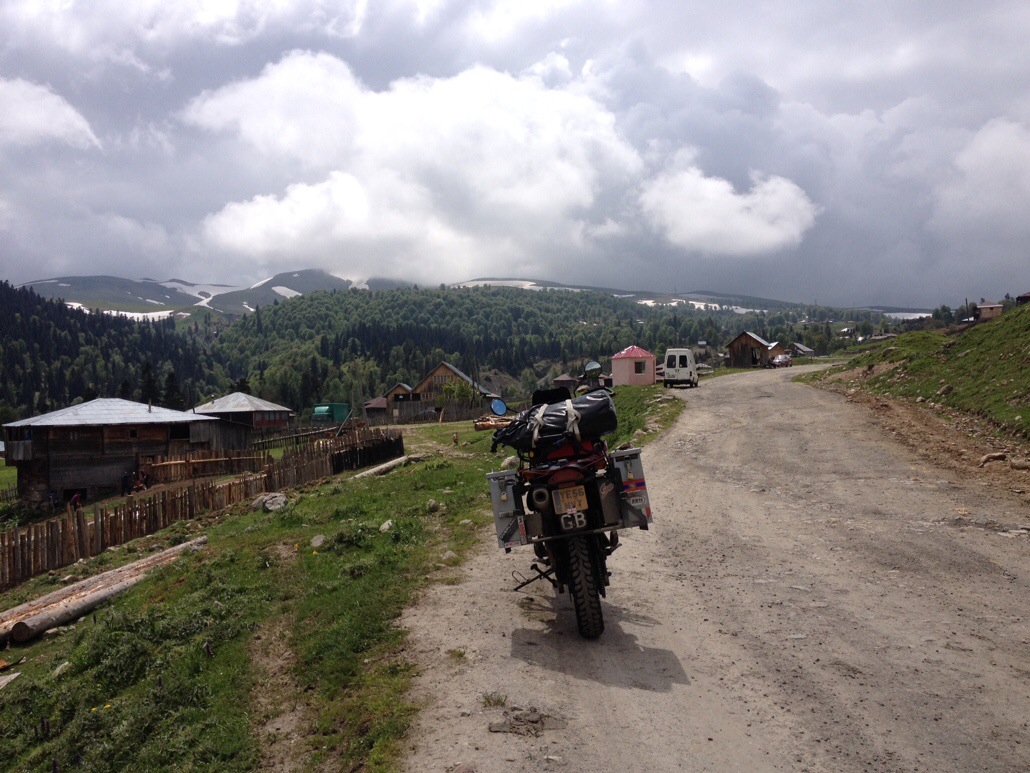 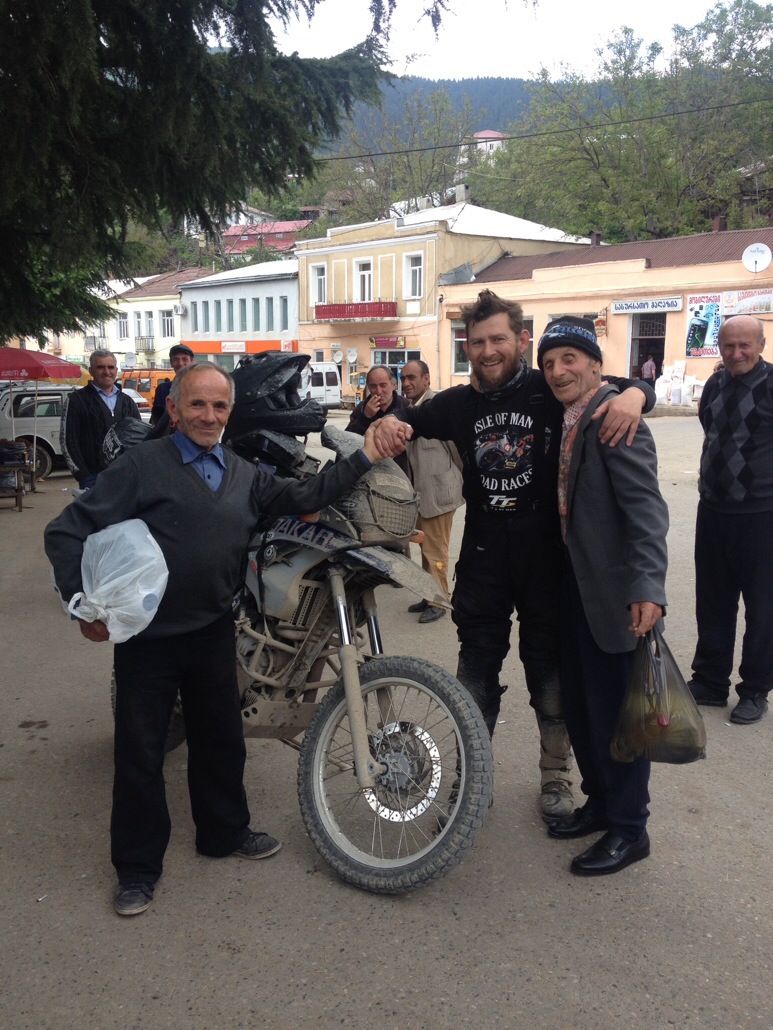 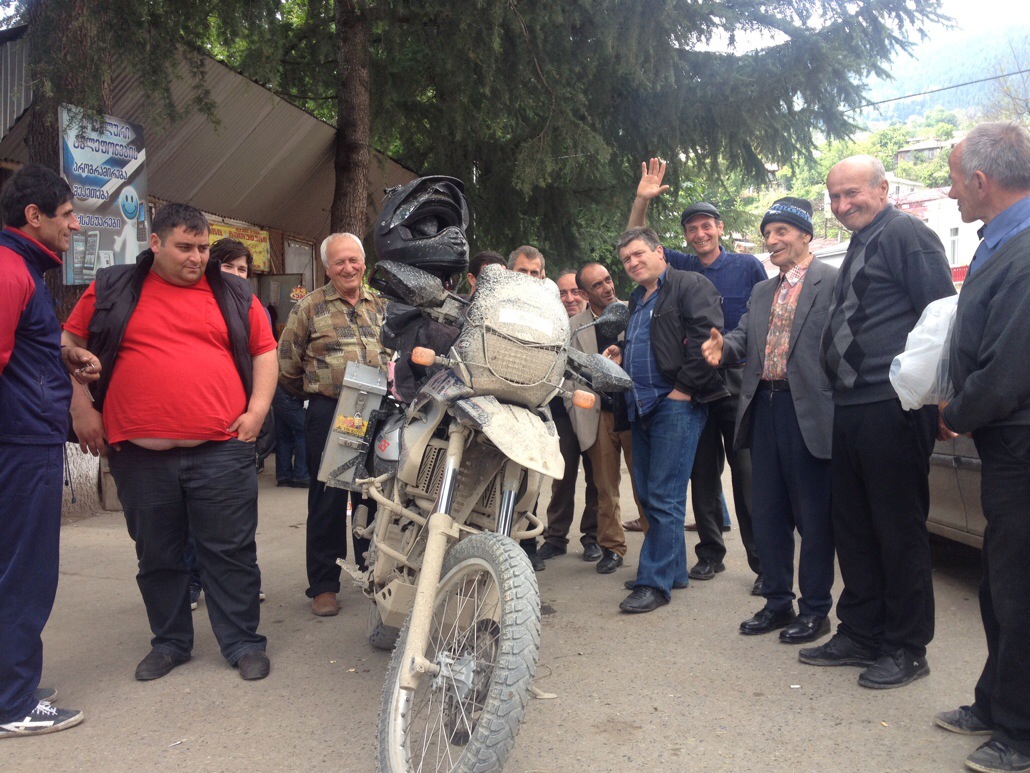 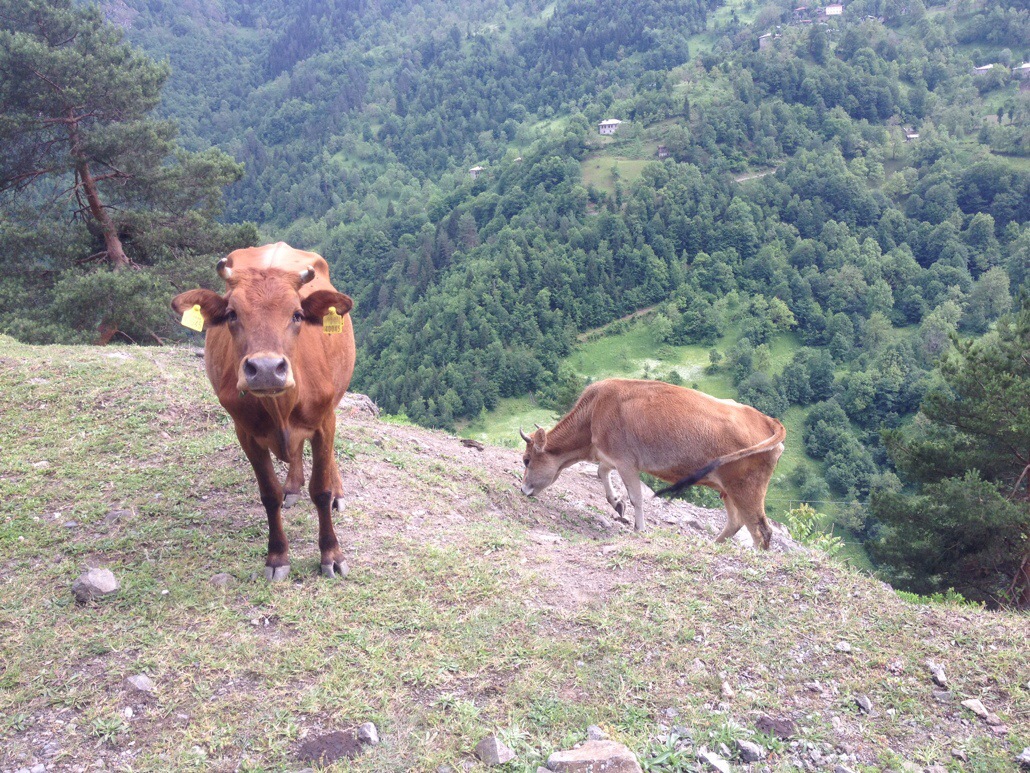 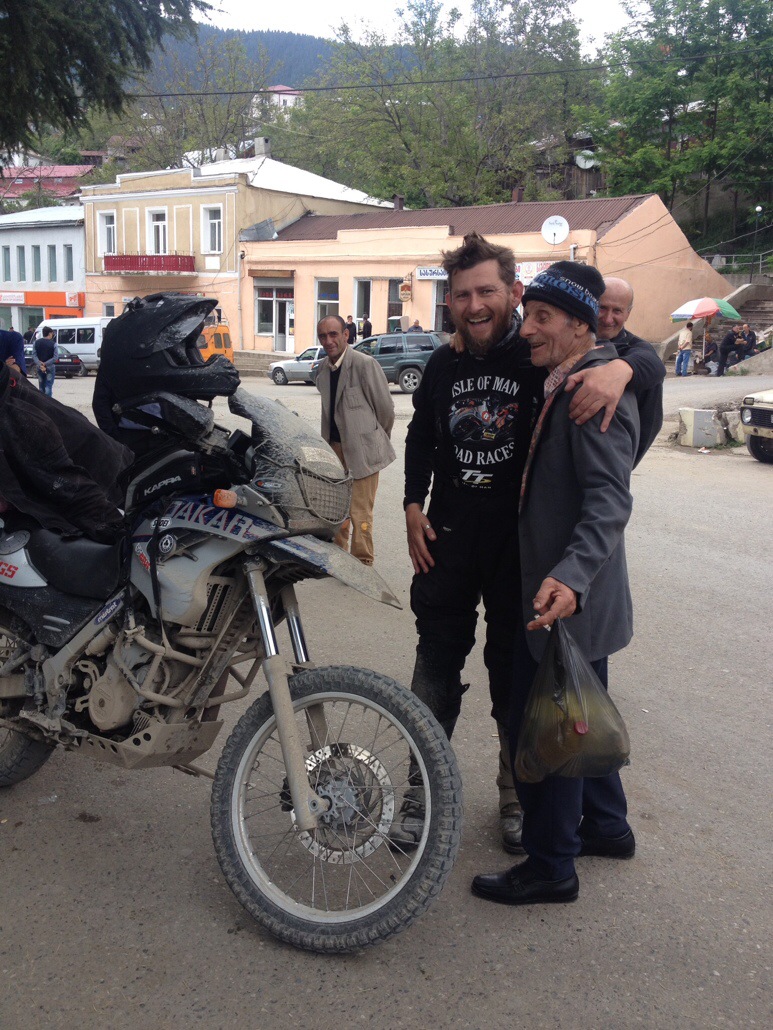 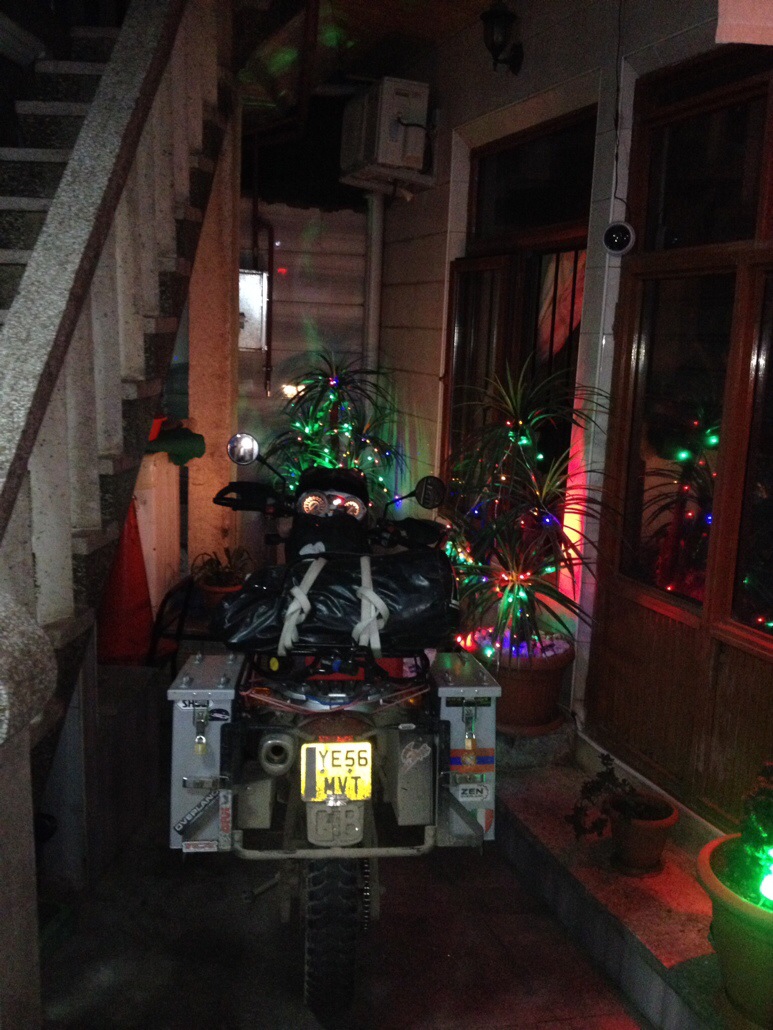 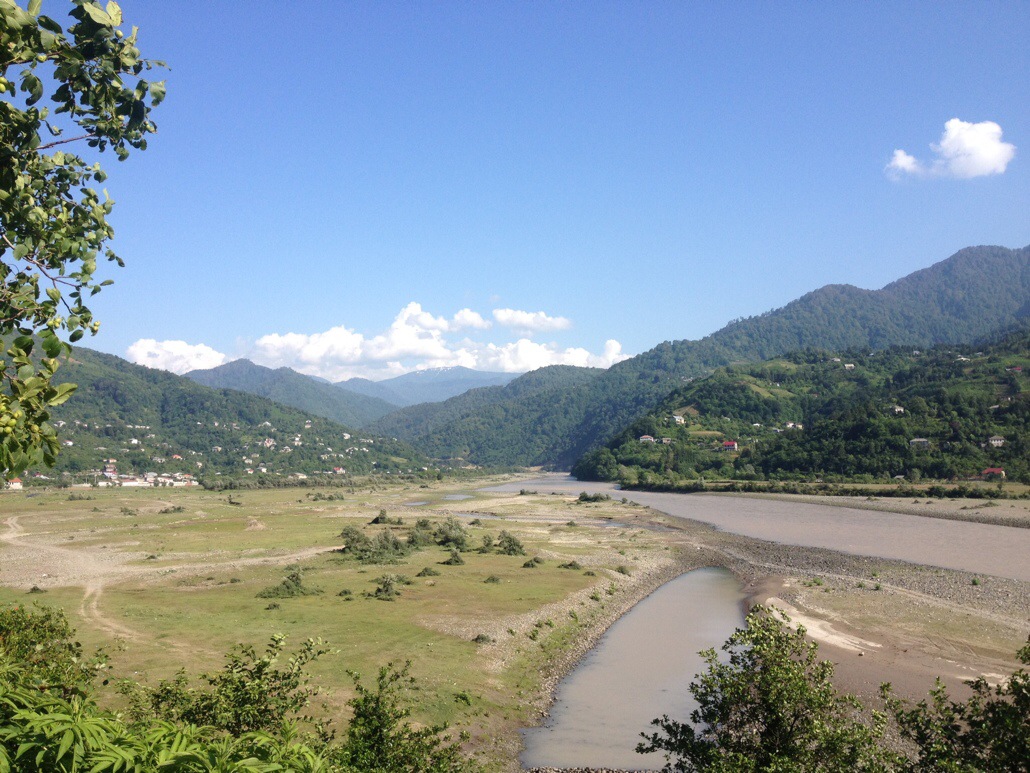 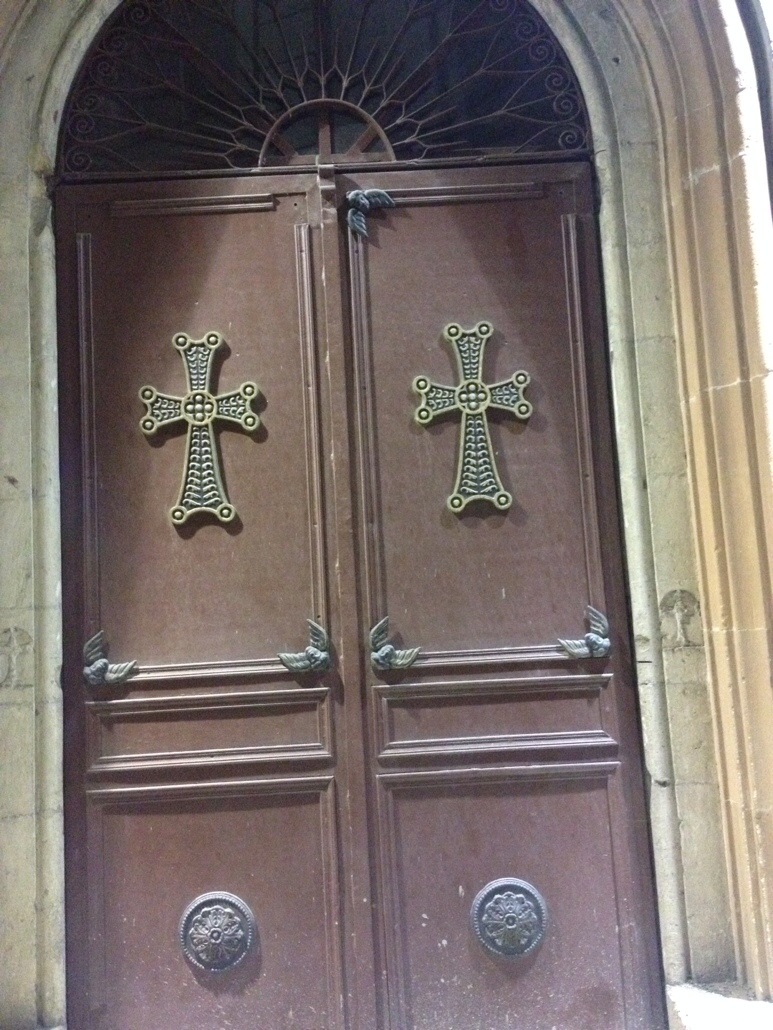 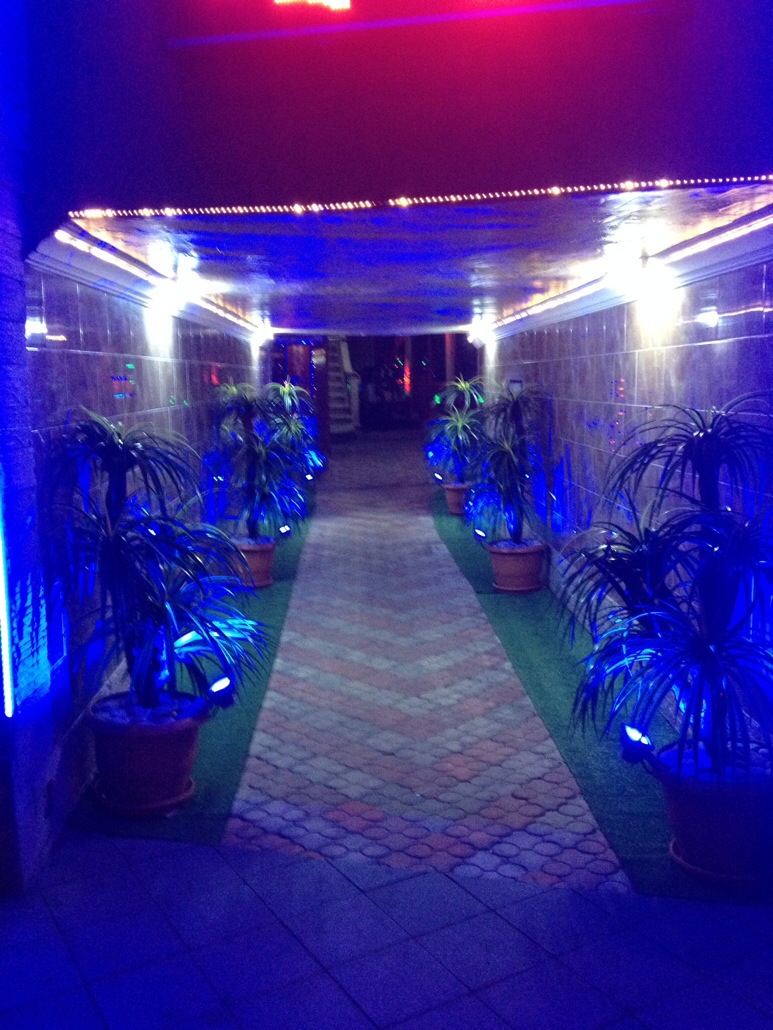