I hadn’t been up at 6am for ages but I wanted to see if I could ride the 620km to the Latvia border today, the longest I had previously ridden was 536km over a year ago in Turkey. The day didn’t start too well with me forgetting to ride on the right, after a few hundred metres I was head on with a tram and quickly swerved out of the way at the last second. Shortly after my sat nav indicated the next turn was in 608km, one long road to the border then!

Even though it was slightly cold and the road was straight I was enjoying the riding and looking forward to making my way home. Maria’s mum made me lunch and the petrol was only 30p / litre so I wasn’t going to spend much on my last day in Russia.

There wasn’t another city between Moscow and the border, only a few small towns and a few villages, either side of the road was dense pine forest. I saw a few bears although they were just the skins as half way to the border a few people had set up stalls on the side of the road selling furs, stuffed animals and animal skins. I had to stop and see the bears, wolves, foxes, wild boar, big cats of some description amongst other animals. How bloody awful!

I was making good time so decide to head off the road into the forest, I was having great fun until I got stuck in unbelievably soft dirt, my rear tyre was completely stuck and the bike was sitting on the bash plate! Luckily I saw some forestry men and they pulled my bike out, what would I have done if nobody was about?

At 3.30pm I arrived at the Latvia border. It took 1 hour to clear Russian immigration and customs, the guards we’re so very serious and not impressed when I handed them my UK bike registration document that after over 30 border crossings was now in 8 pieces, on the other hand the Latvian guard smiled and laughed as I passed my destroyed registration document to him, it took him 30 seconds to check the details and send me onto the next check point.

As I always do (I’m sure all bikers do the same) I pass the cueing cars and lorries and go straight to the front of every traffic cue at every border. The female Latvian guard told me I shouldn’t have ridden past the cue of 50+ cars, I smiled and she smiled back. That was easy I thought. My smile worked again.

Latvia is one of the borders into the European Union and I can assure you they are very rigorous.

A further Latvian female guard gave me a stern look for some reason so I looked her in the eye and smiled, she was tough and didn’t smile back, I continued to look into her eyes and smile, she eventually broke and smiled back.

Latvia felt and looked so different to Russia, the sun was shining and everything felt more European, I arrived in Rezekne and it really was like England, all of the grass verges were freshly cut, it had a very friendly feel.

I found a hostel and not only had I reached the Latvia border I was 60km inside the country. 717km in a day, that’s a first! 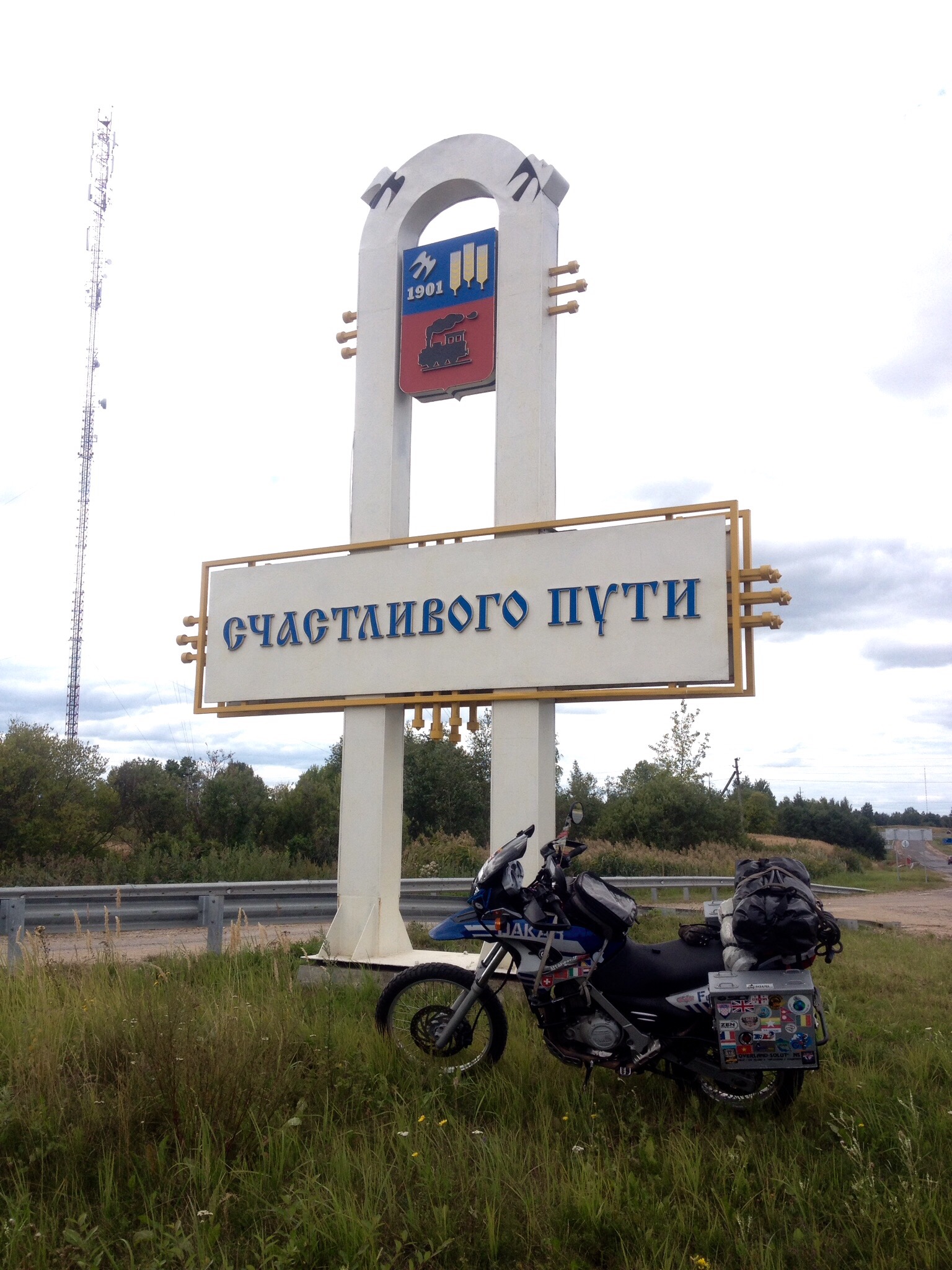 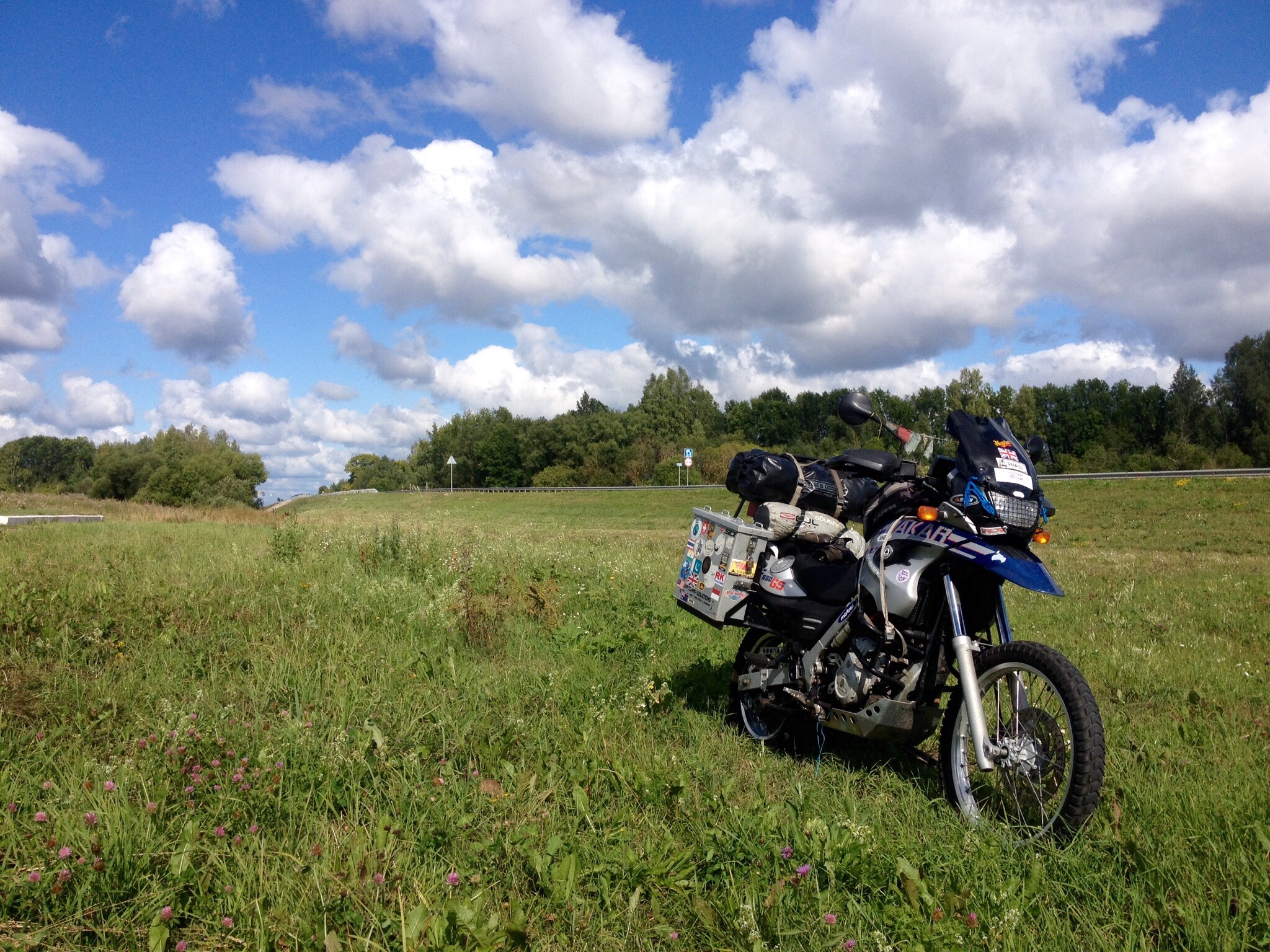 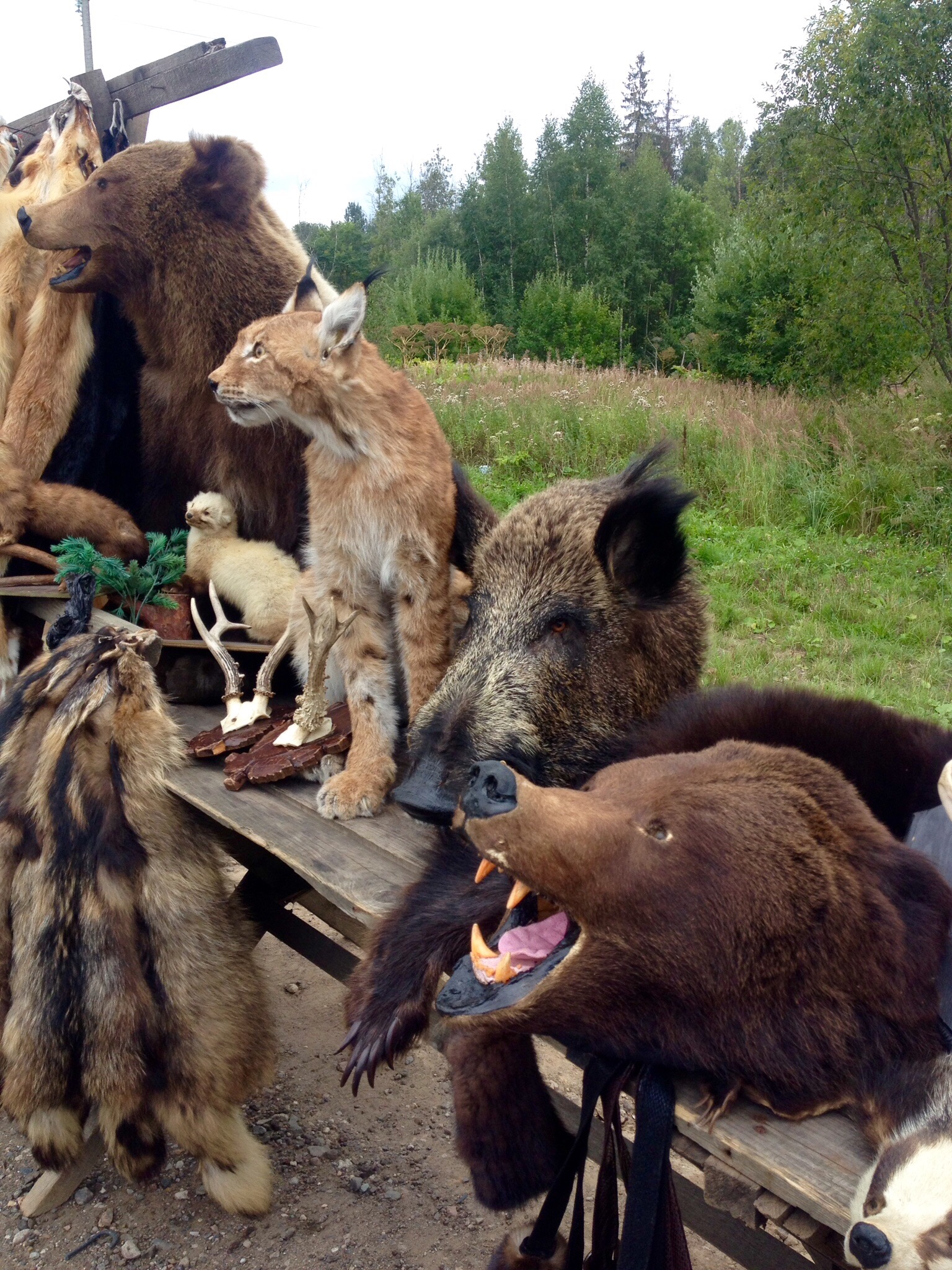 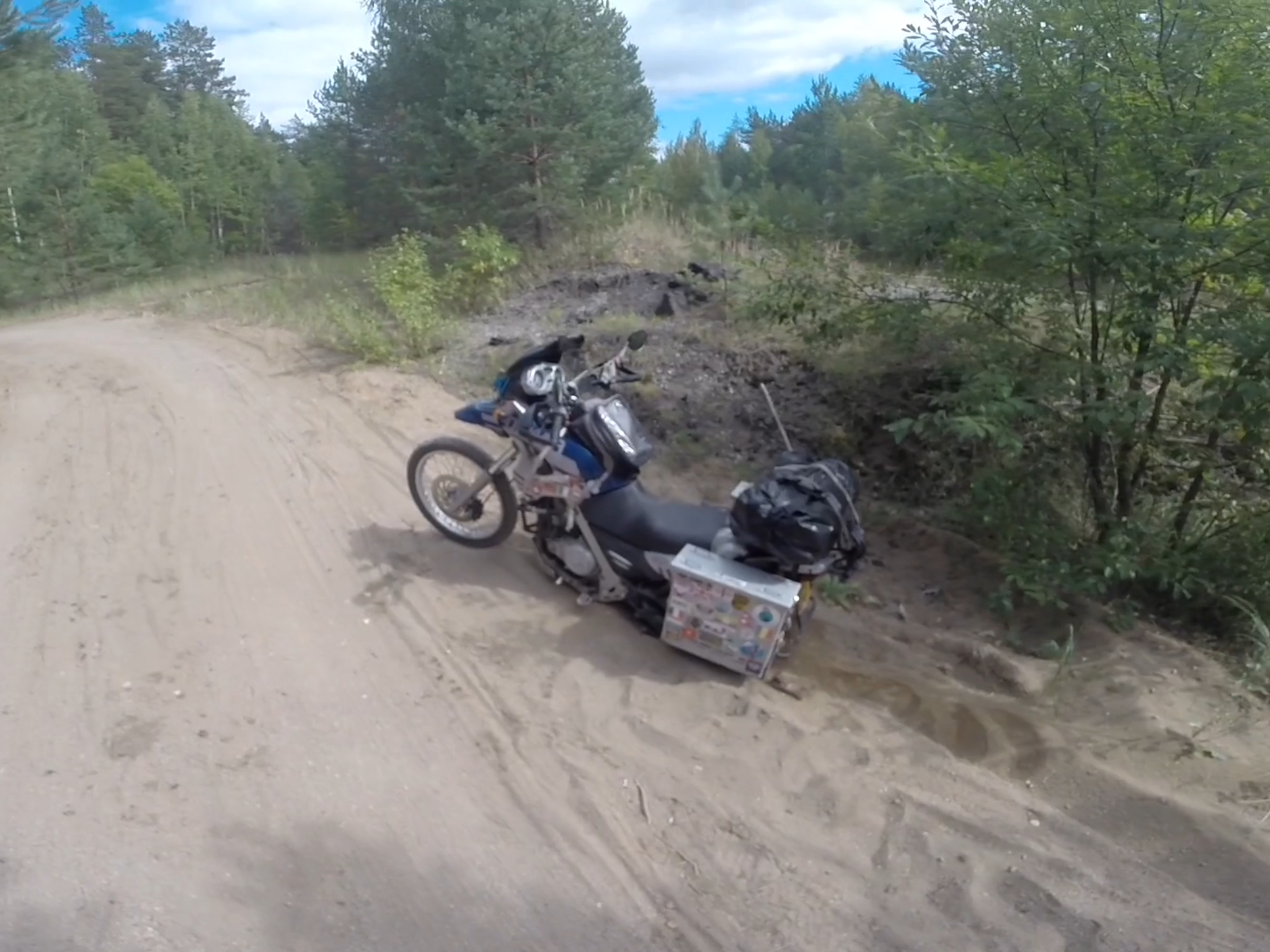 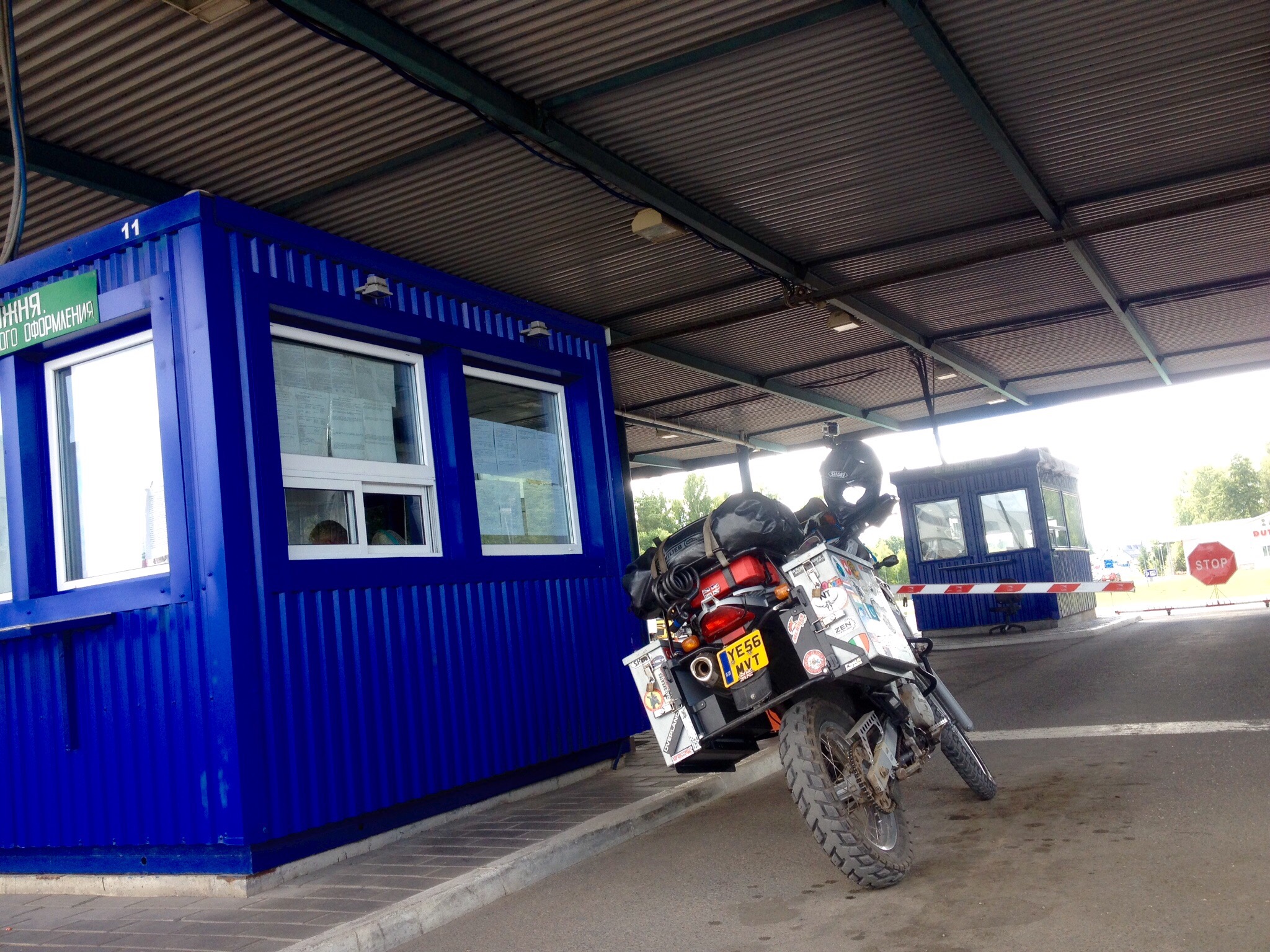 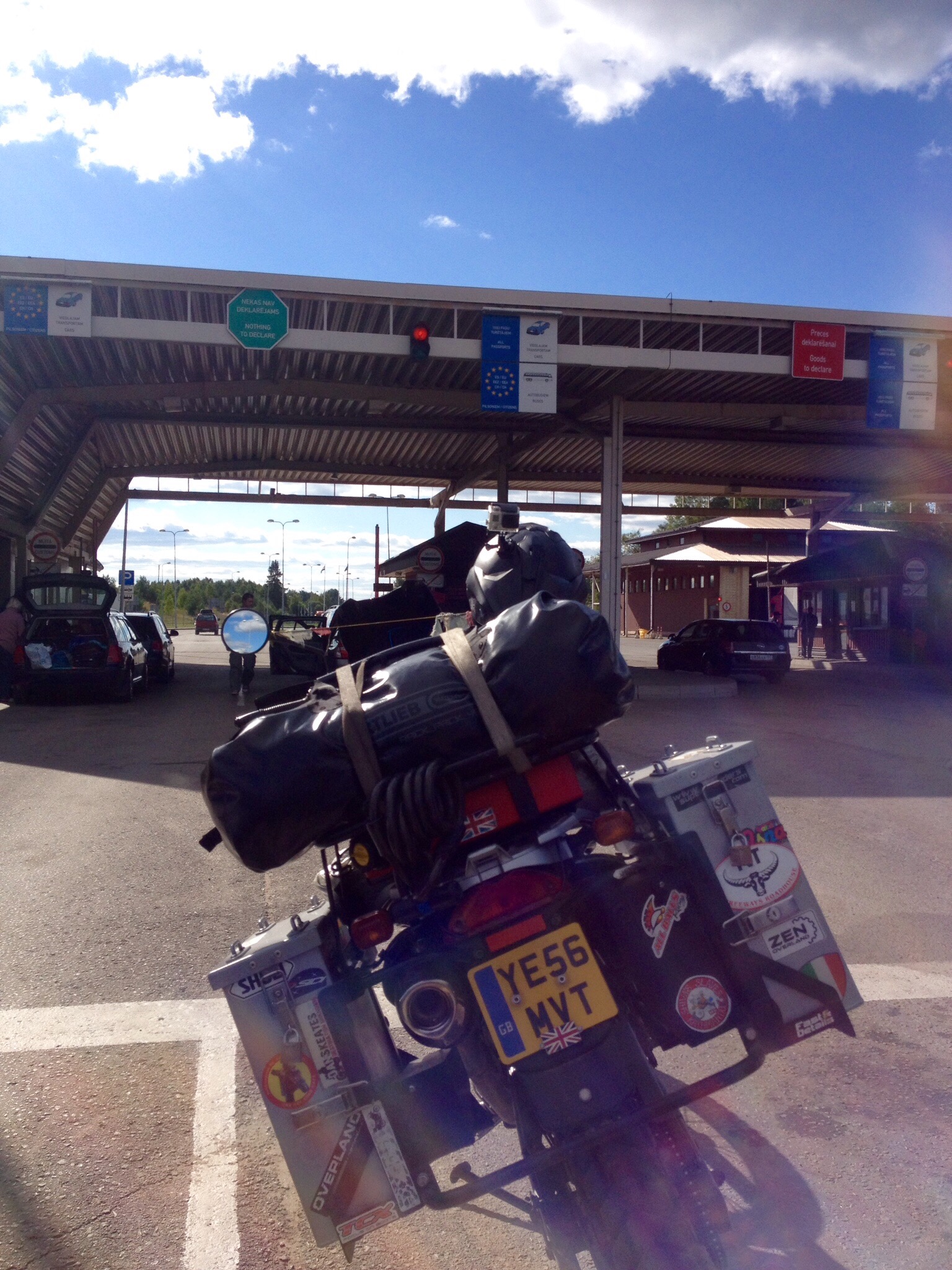 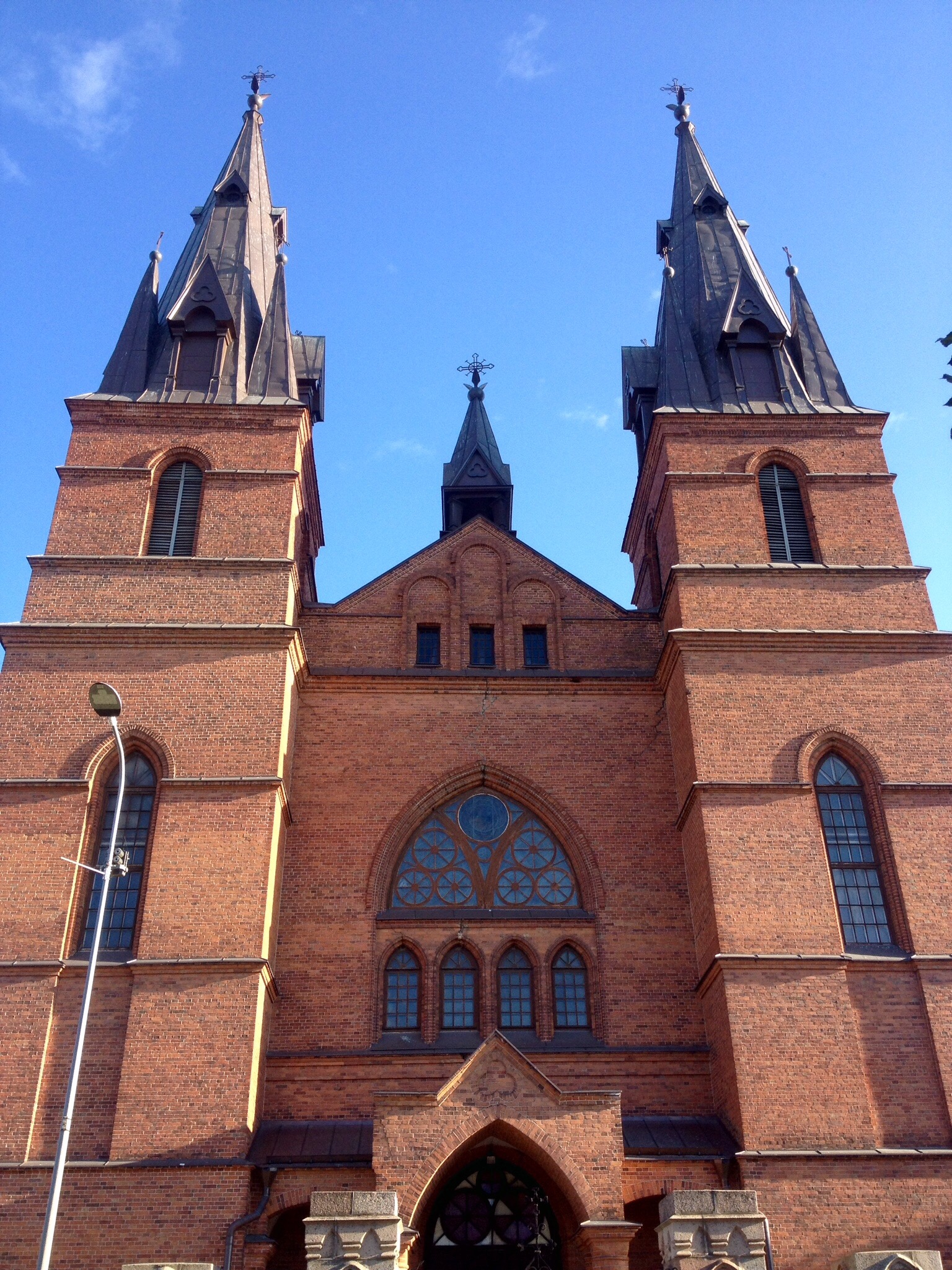 I have lived in Chelmsford, England since I was 14, prior this this I was a country boy having been brought up in a small hamlet in rural Essex. I have two wonderful kids, Beth & Olly and have given my job up and rented my house out to travel the world.
» Blog » Day 502 Moscow – Rezekne (Latvia)... Previous post:
Days 491 – 501 Moscow (Russia) / motorbike GS Dakar RTW overland adventure traveller Next Post:
Day 503 Rezekne – Suwalki (Poland) / motorbike GS Dakar RTW overland adventure traveller