I set the alarm for 5.45am but I was awake from 4am eager to see the Whale Hunters prepare their boats and leave for a days hunting. I was at the beach for 6.15 and over the next 30 minutes about 15 boats headed out to sea to hunt.

It’s a mans world down at the beach, young and old work hard to push the heavy boats down the beach to the sea, they use large tree branches placed one in front of the other for the boat to roll over, it looks like hard work as the men use a lot of effort. Once in the sea and the waves negotiated a modern outboard engine takes over from what seems like a traditional way of life that has gone on for centuries.

As I walked back to the homestay the village was quite, the children were at school, the men out at sea and the women and elderly slowly getting on with life.

I didn’t spend long in Lamalera, in fact hardly anytime at all but I’m pleased I made the effort to experience a unique way of life way off the beaten track on this small Indonesian island.

I have conflicting feelings, on the one hand I think the people of Lamalera are doing what they’ve done for centuries in a sustainable way and only catch what they need but I hear they now sell some of the bones & gills for export to Japan. This I don’t like. I’m also not sure about tourism here, yes I’ve just been a tourist and yes it’s a contradiction but having been there I’m not sure the traditional lifestyle sits well with tourism and the cash spent there.

It took me one half hours to ride back over the mountain, through the jungle. Having been given so much incorrect information over weeks regarding ferries to Kupang in Timor I was no more than slightly hopeful I would find a port and there would actually be a ferry today. Many people pointed me in the right direction as I followed the dusty track of a road. The whole island is pretty deserted, how could there be a ferry leaving from an island in the middle of nowhere going to where I needed to go? Having not seen anyone for 10km I noticed an even smaller track off to my left and saw a building near the sea. It was a bloody port! It looked deserted and abandoned but a guy came out of a hut and pointed further towards the sea. Another man emerged from a building and I said with hope in my voice; ‘ferry, Kupang?’ He smiled and said ‘yes’. Today I asked, and he said ‘yes, at 2pm’.

I was at a ridiculously small sea port in the middle of nowhere and I managed to get a ticket (£11) for the 24 hour sea journey but still I wasn’t sure the ferry would arrive and if it did would it go to where I needed to be? I had 3 hours to wait in the empty building, there were maybe 6 other people waiting so there was a glimmer of hope. After 30 minutes a woman wandered in with 3 live chickens tied around the legs swinging to and fro, this is good news as every boat I’ve been on someone has live chickens.

Over the following 2 hours the whole island seemed to turn up, no longer was I alone in a dusty port, cars and vans we’re dropping people off with so many boxes and sacks of stuff. The small ferry arrived and over the following two hours the people and their stuff were loaded. The hierarchy on the boat is the same as everywhere, the more money you have the higher you go; most people crash out on the car / motorbike deck at the bottom. There was only one small van and only about 30 small motorbikes, this left room for the people and there belongings.

Upstairs was divided into three sections, in the middle were seats where Indonesian pop music was playing so loudly I thought I was at a disco. To one end was a room with masses of bunk beds and many people were claiming the space. At the other end was a door that had the letters ‘VIP’ written on it. I entered and there were 40 bunks and only a handful of people inside. I paid £3 and became a VIP for the following 24 hours. I chose a bunk at random and it was number 13, good job I’m not suspicious.

VIP may have been the best accommodation but as usual I wanted more, I discovered a staircase up towards the captains deck and spent the rest of the day on the top deck with the crew. I have no idea why all the other passengers stayed cramped below when there was so much space ‘up top’.

The journey was so peaceful and beautiful, for the first 3 or 4 hours we passed many islands and then watched the sun set as we headed out to sea and all I could see was the horizon. 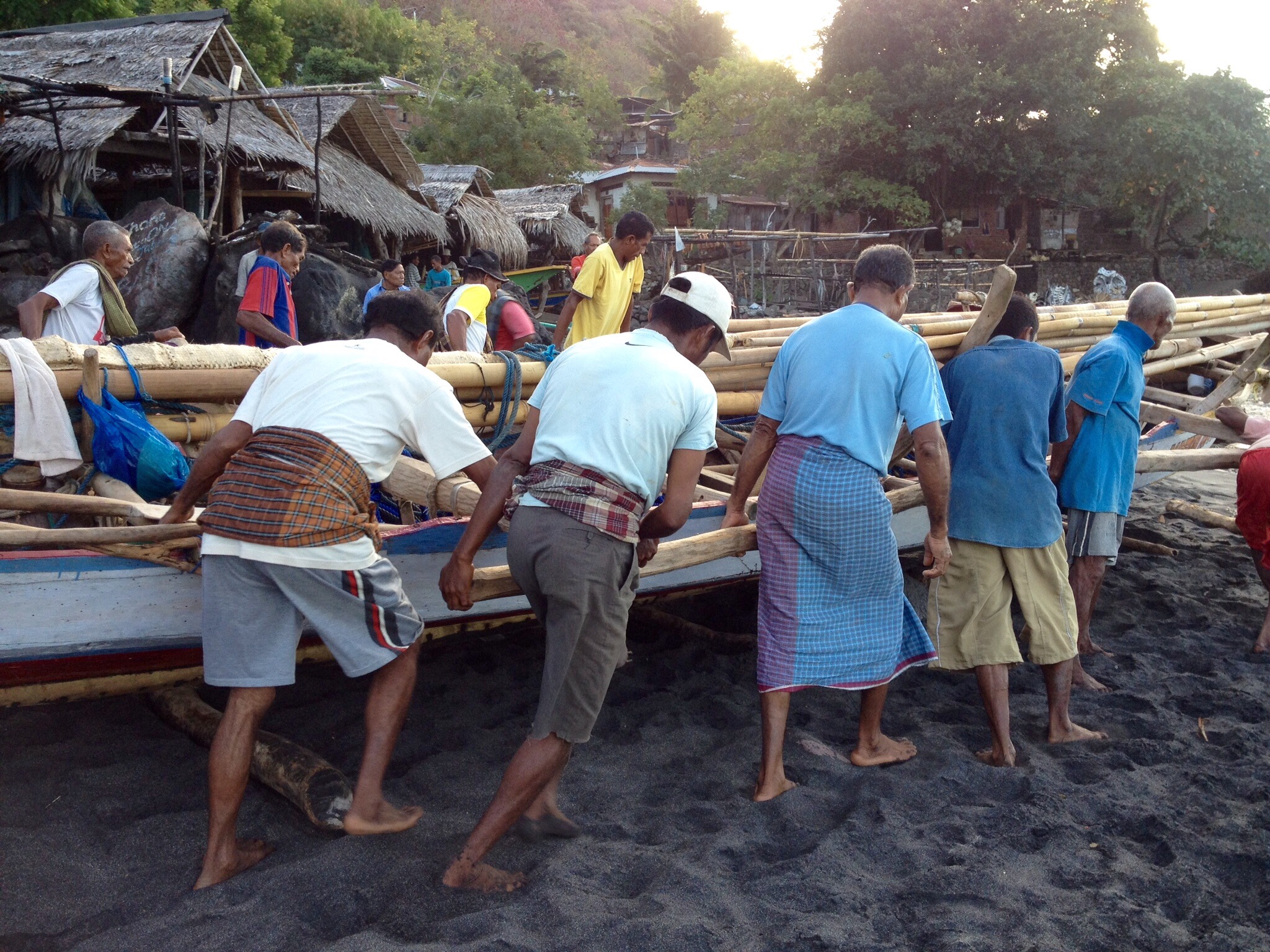 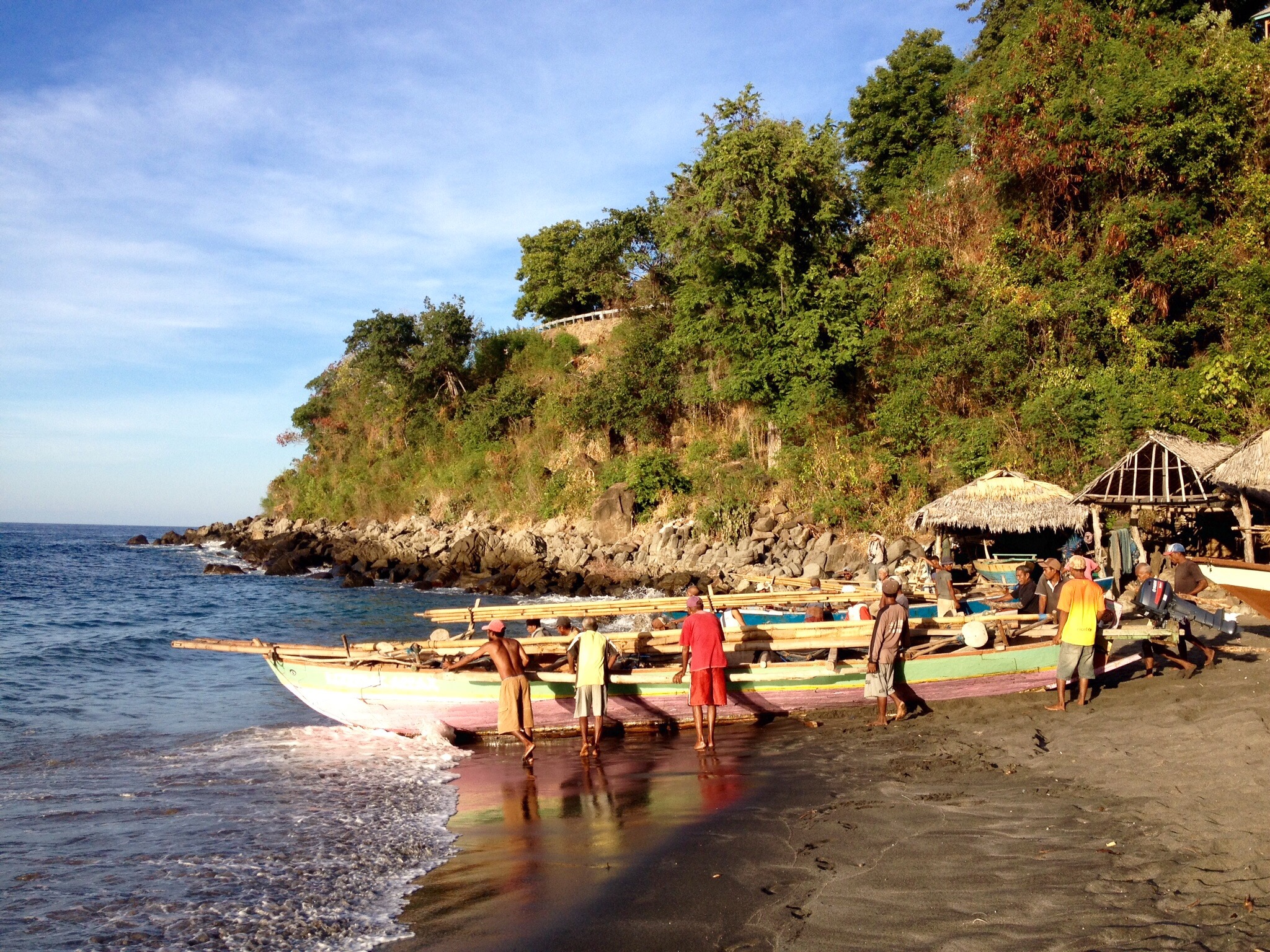 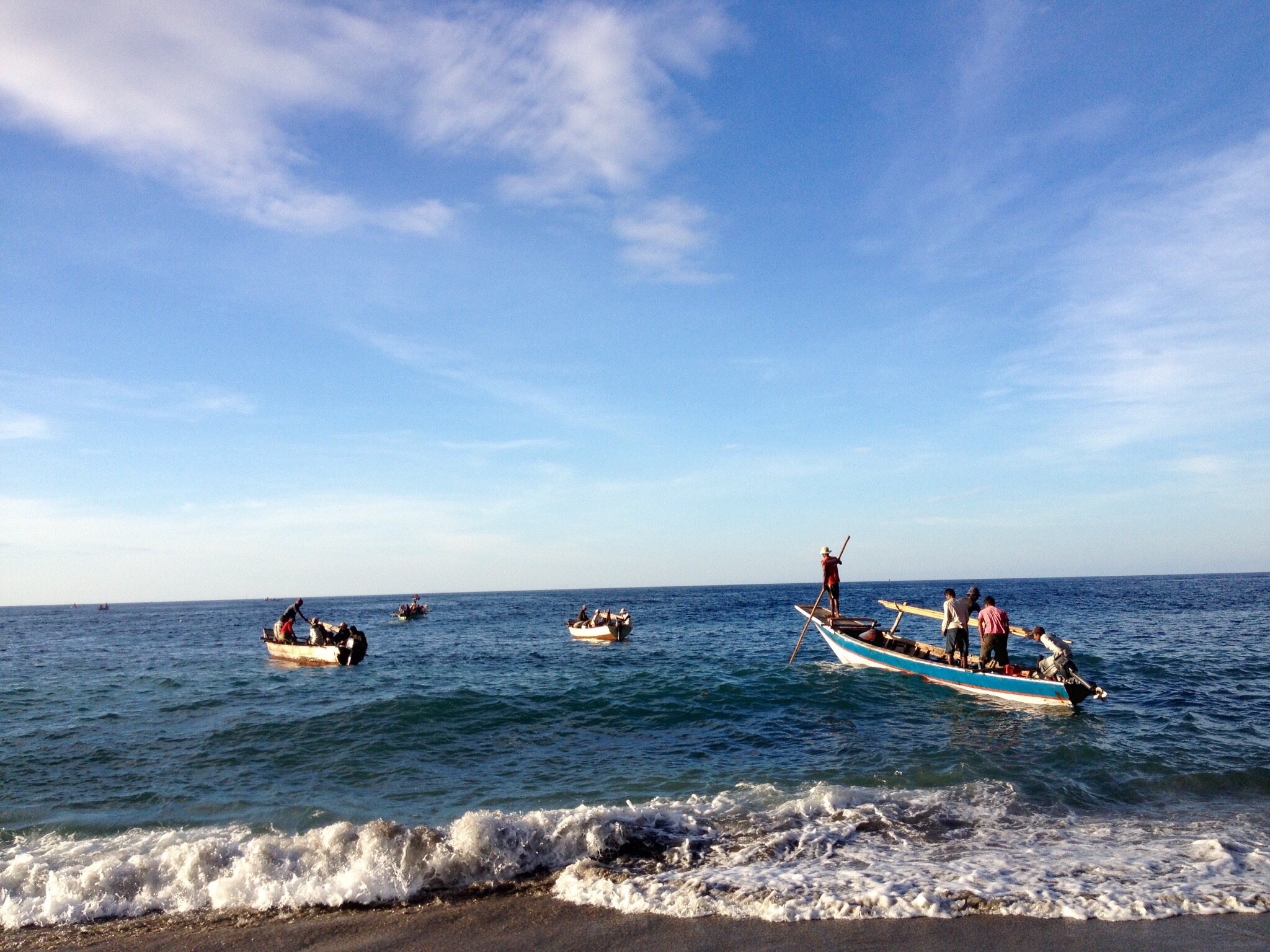 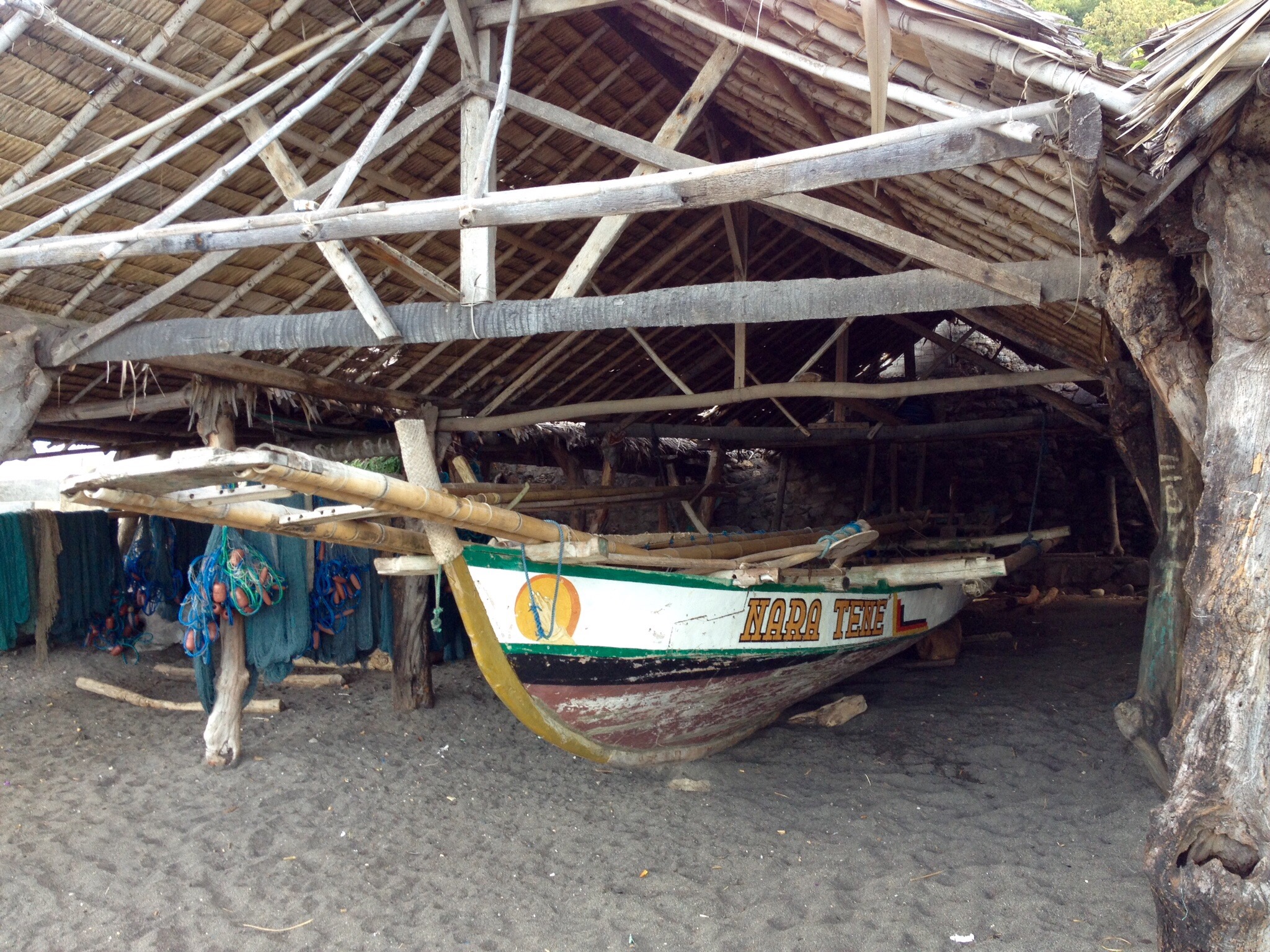 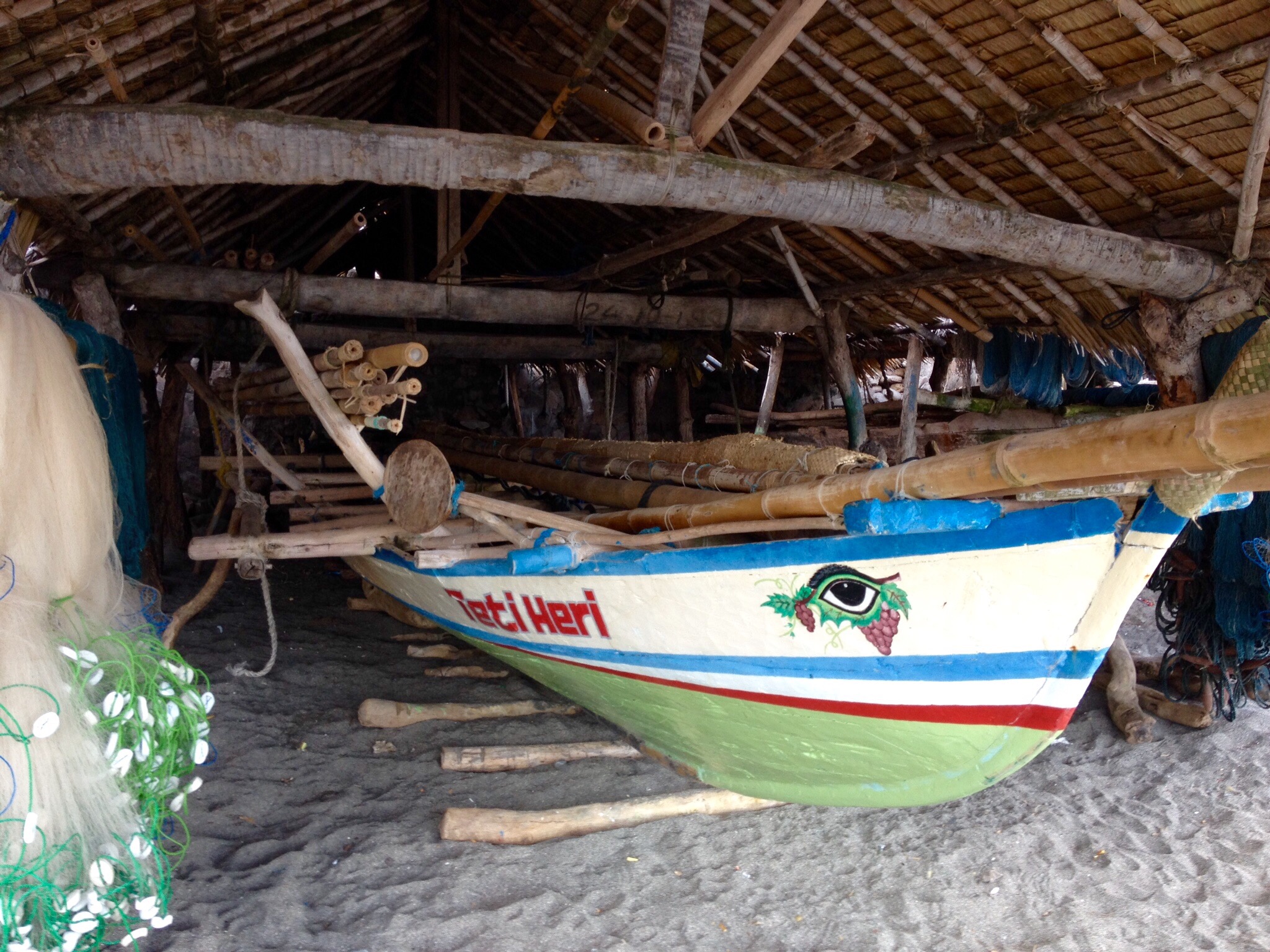 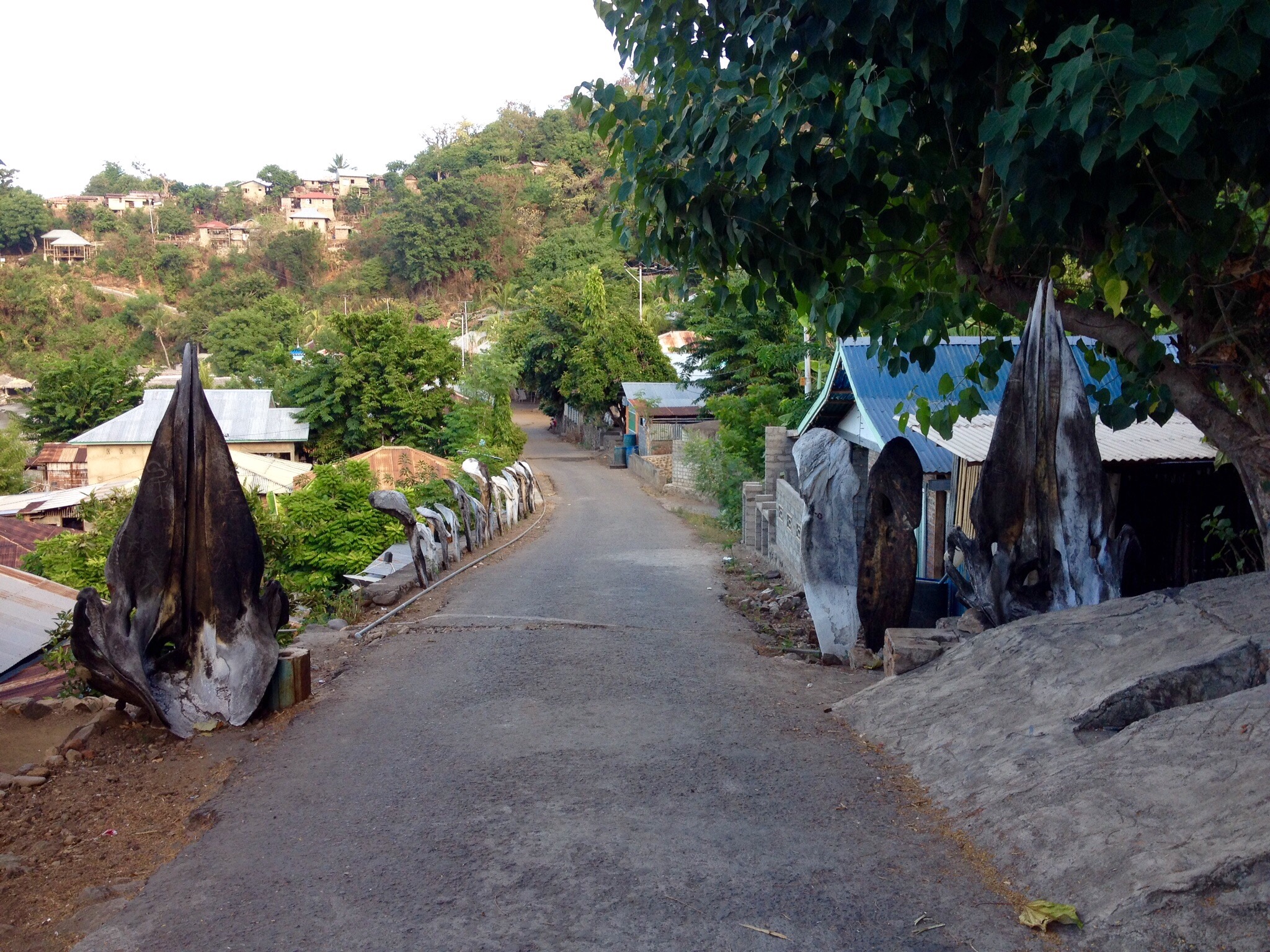 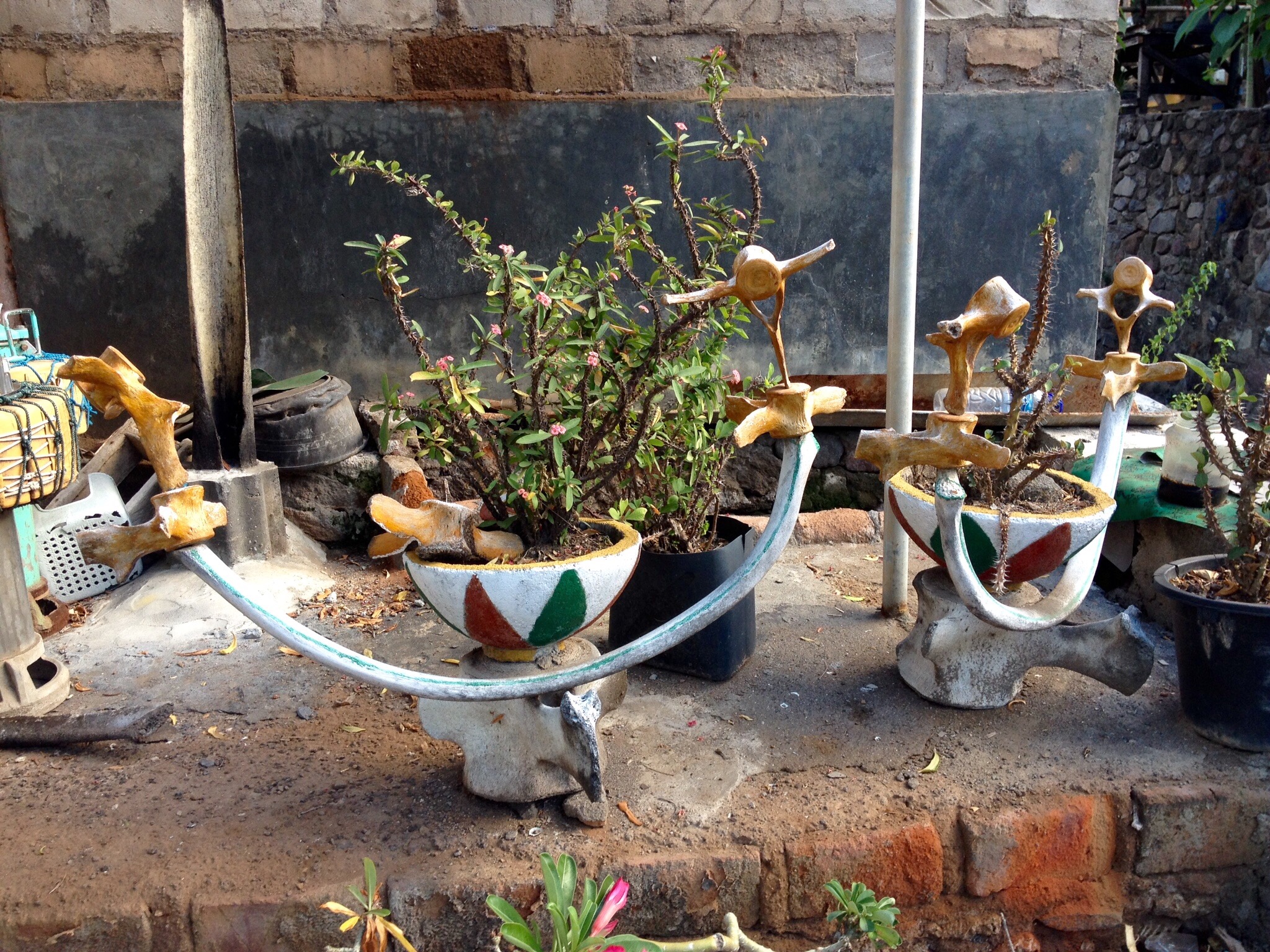 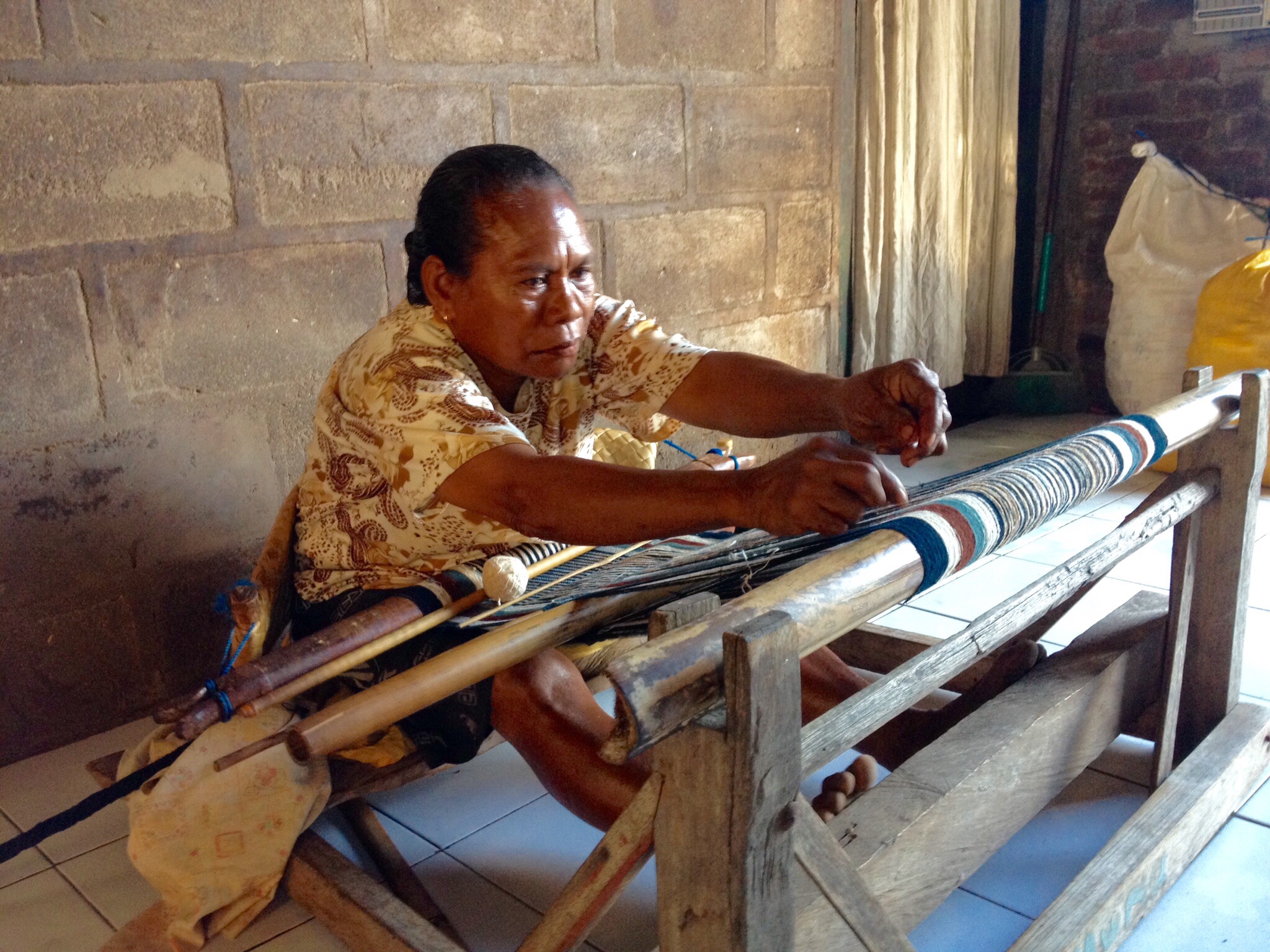 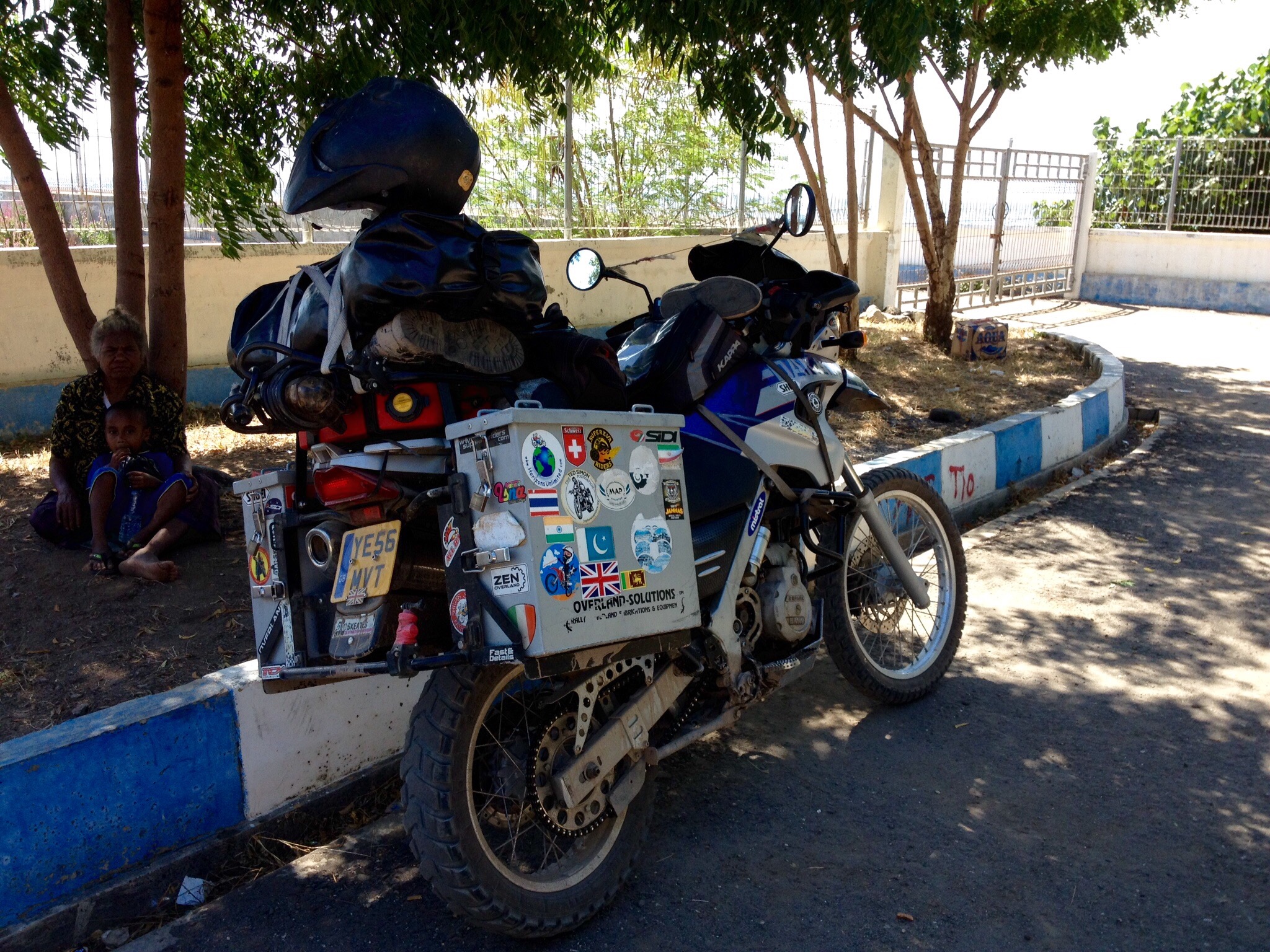 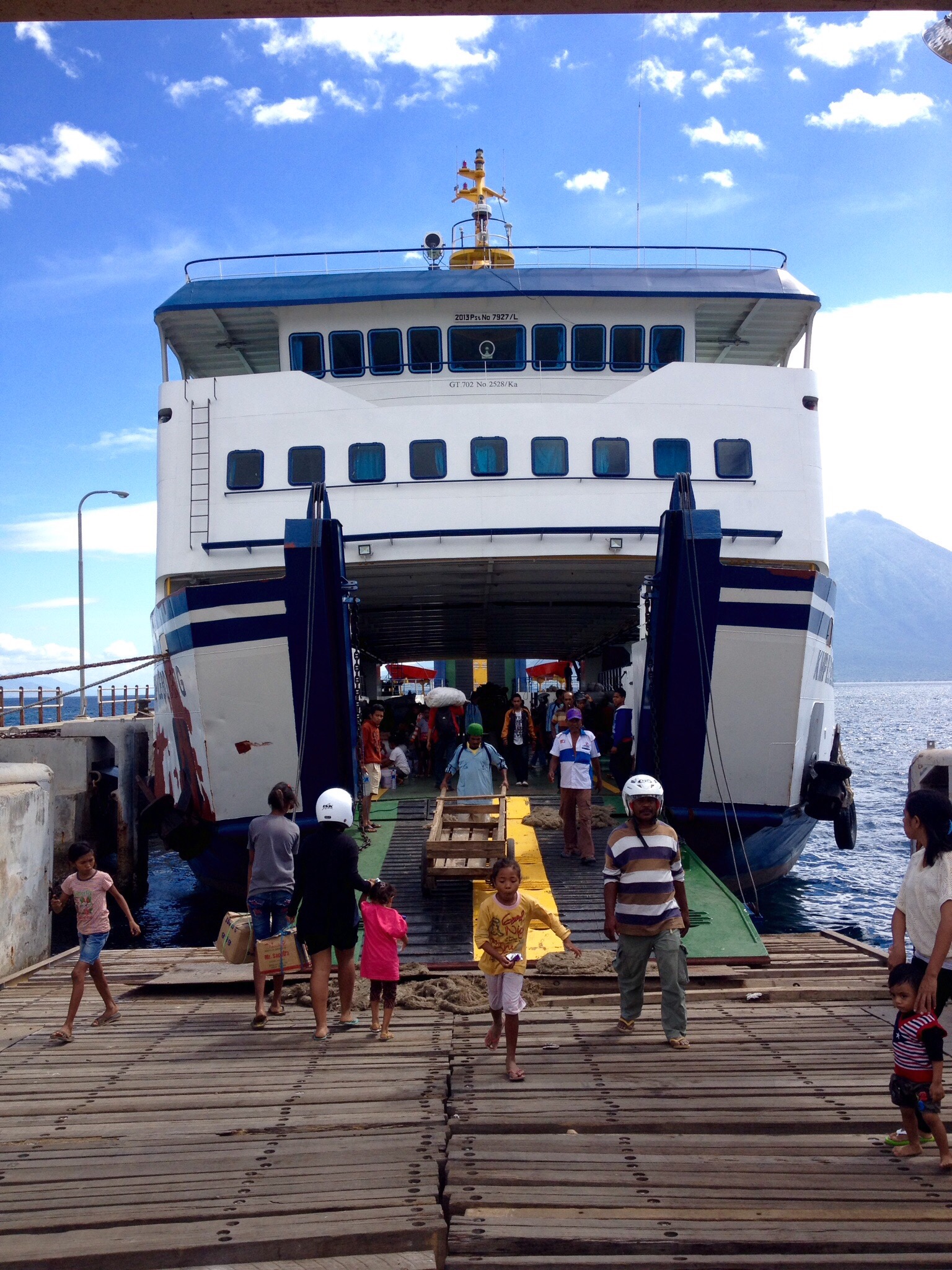 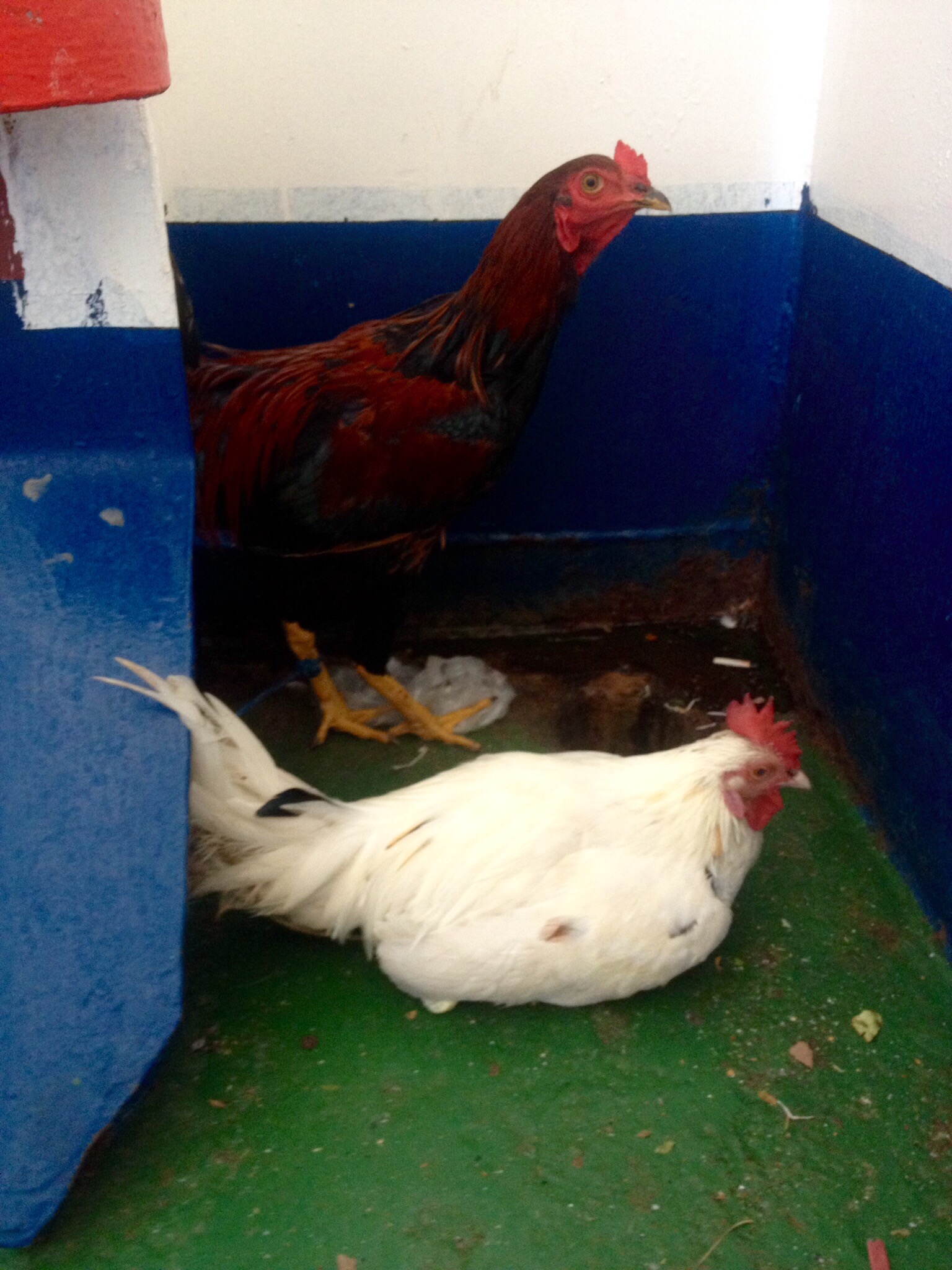 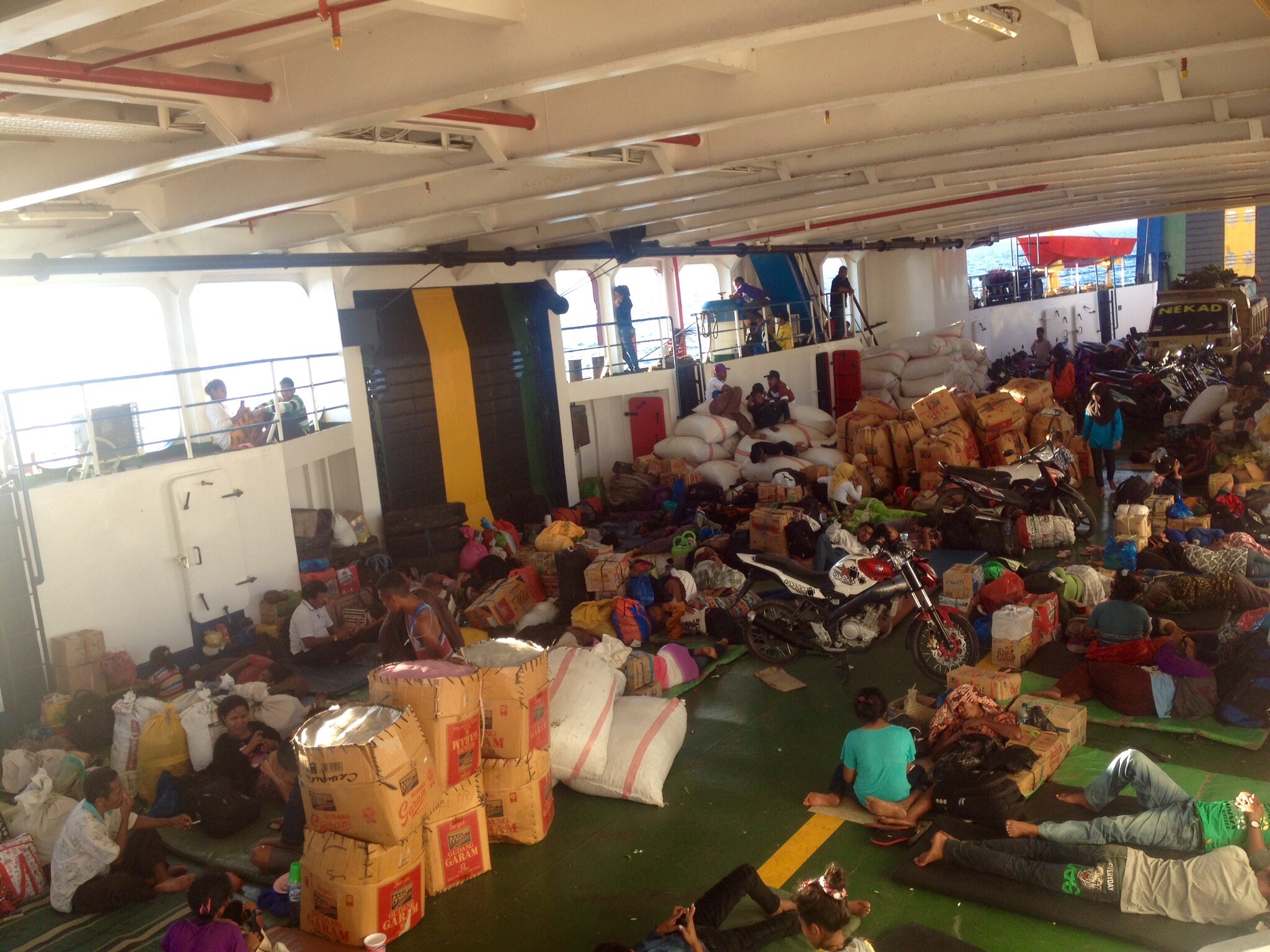 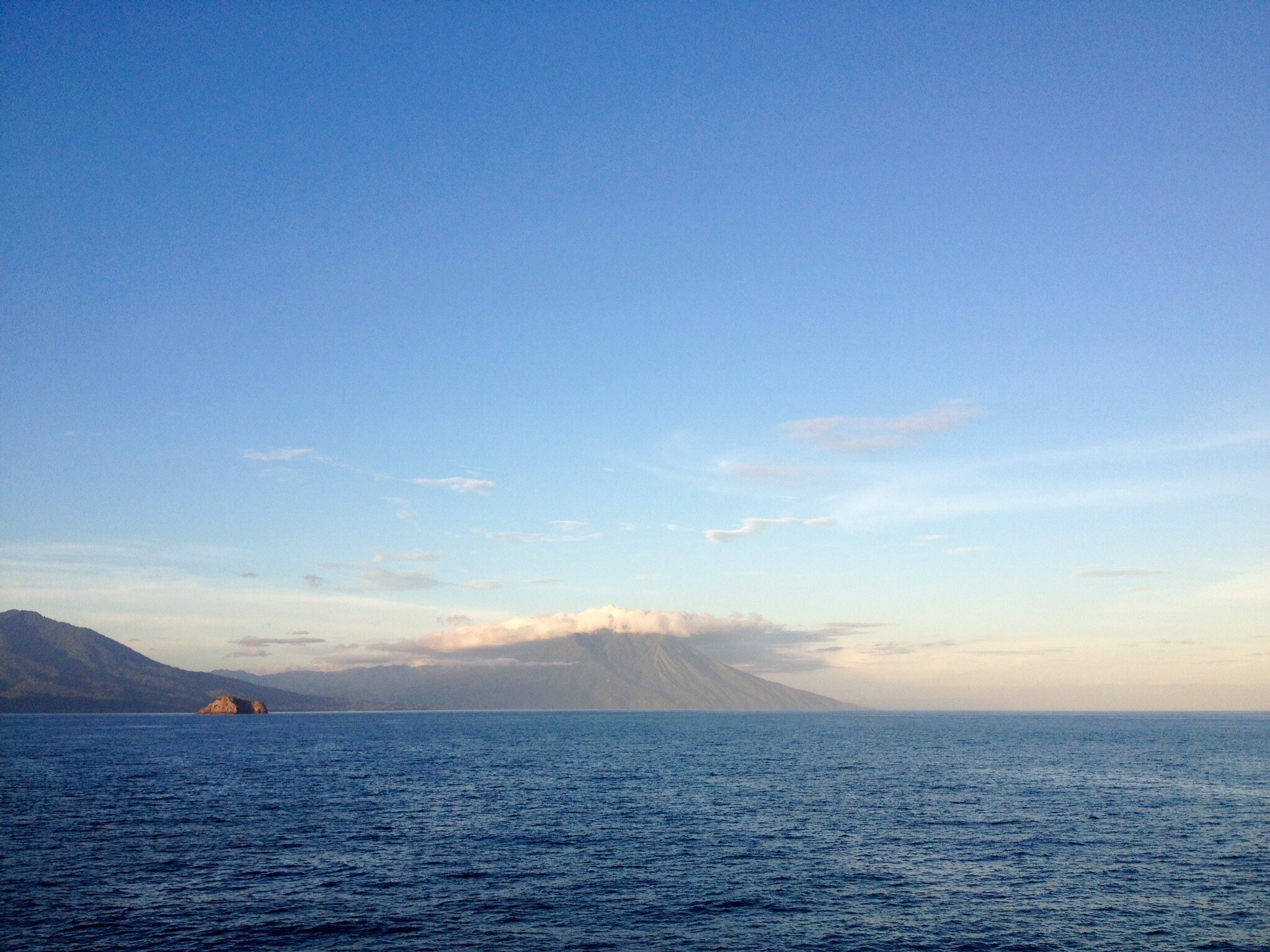 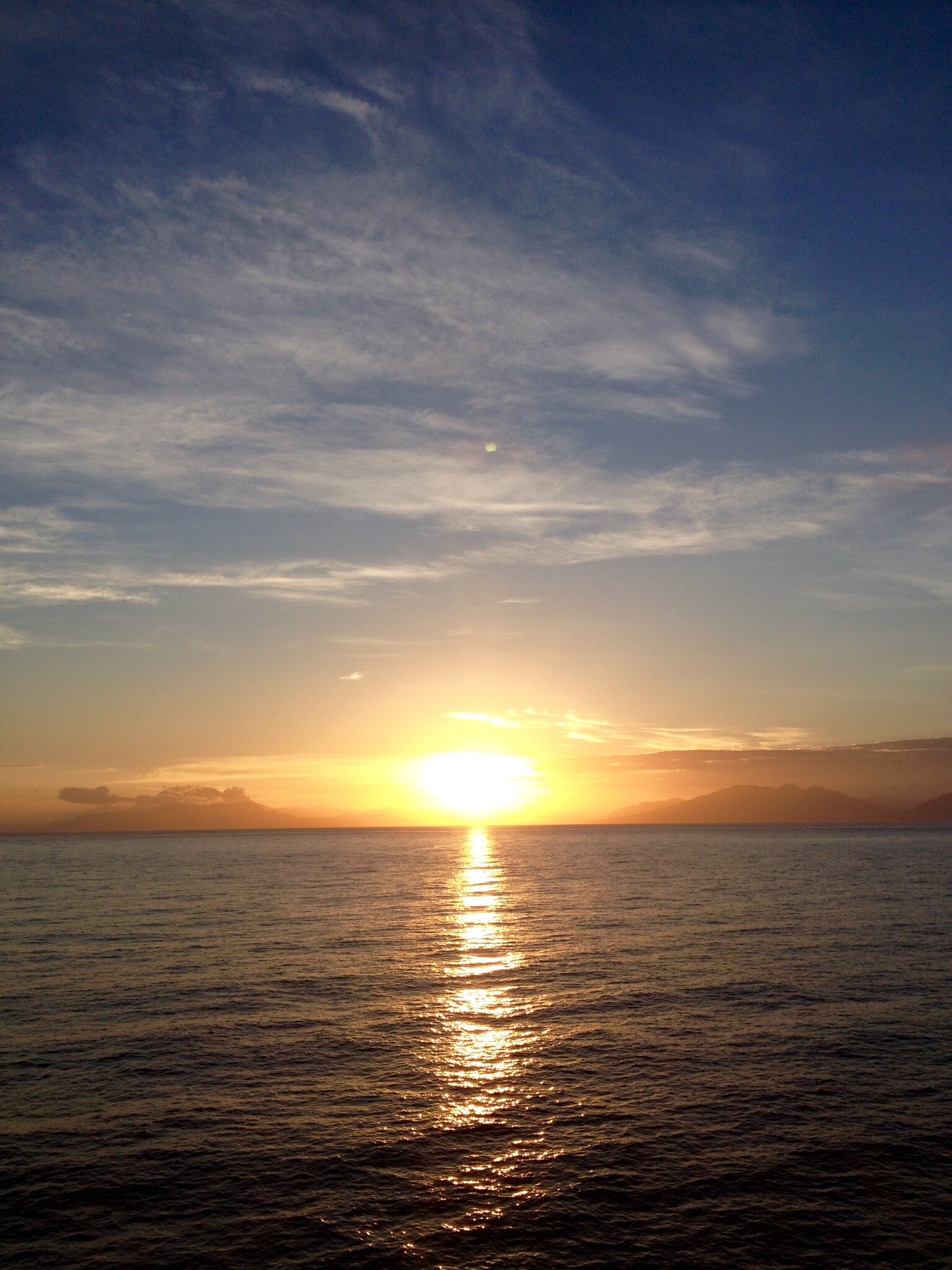 I have lived in Chelmsford, England since I was 14, prior this this I was a country boy having been brought up in a small hamlet in rural Essex. I have two wonderful kids, Beth & Olly and have given my job up and rented my house out to travel the world.
» Blog » Day 419 Whale Hunters of Lamalera,... Previous post:
Day 418 Larantuka – Whale Hunters of Lamalera, Lembata (Indonesia) / motorbike GS Dakar RTW overland adventure traveller Next Post:
Day 420 Kupang – Atambua, Timor (Indonesia) / motorbike GS Dakar RTW overland adventure traveller