After a late start to the day yesterday we were out by 11 and straight down to the Ganges to walk the 2 – 3 km along all of the main Ghats, there are many ghats with different activities from washing clothes at one to taking water buffalo for a swim and cool off in another to the burning ghats, we started off seeing people washing themselves, their clothes and generally immersing themselves in the water which rapidly turned into the amazement of watching the funeral pyres again.

So many people are burnt at the two main burning ghats, it costs only 500 rupees (£5) to be cremated in the gas crematorium and 3,500 rupees (£35) for the funeral pyre at the edge of the Ganges. It’s an efficient process where men build the wood pyre and prepare it for the body which is laid on top of the pile of wood about a metre high. The body is covered in an orange cloth but the face is uncovered for a while so the family can gather around and perform what looked like a ceremony. The face is then covered and a few more pieces of wood added before it is set alight, the pyre is very well made and soon it’s burning ferociously. The cloth doesn’t last too long and the body is exposed for all to see.

There are a few pyres burning at the same time and the men are constantly preparing and burning bodies 24hours a day. The Hindu believe that if the deceased ashes are laid in The Ganges their soul goes to heaven breaking the cycle of reincarnation.

Pilgrims travel to bath themselves in the river which purifies them. The Ganges is the largest river in India and the most polluted in the world. I couldn’t not go into such a sacred river even if only to my knees, maybe I’ve had 25% purification?

We had lunch with some other travellers in the Brown Bread Bakery before returning to the ghats for a while and ending the tour by visiting the famous Blue Lassi Shop.

After an amazing day Oli and I headed the few km back to our hostel through a maze of small alleys and roads which was a sensory overload! It was dark but there were extreme colours, noises and smells everywhere. The alleys and road were so dirty with rubbish, cow shit and all manner of daily waste which when added to all the smells coming from the street food sellers was incredible. Noise was coming from cars, rickshaws, mopeds, bicycles, horns, bells, drums from the festival processions and the general sounds from manic street life, add to this the heat and it was a crazy crazy walk back.

I love Varanasi, it shoots straight into my top places to experience in India, maybe the world? 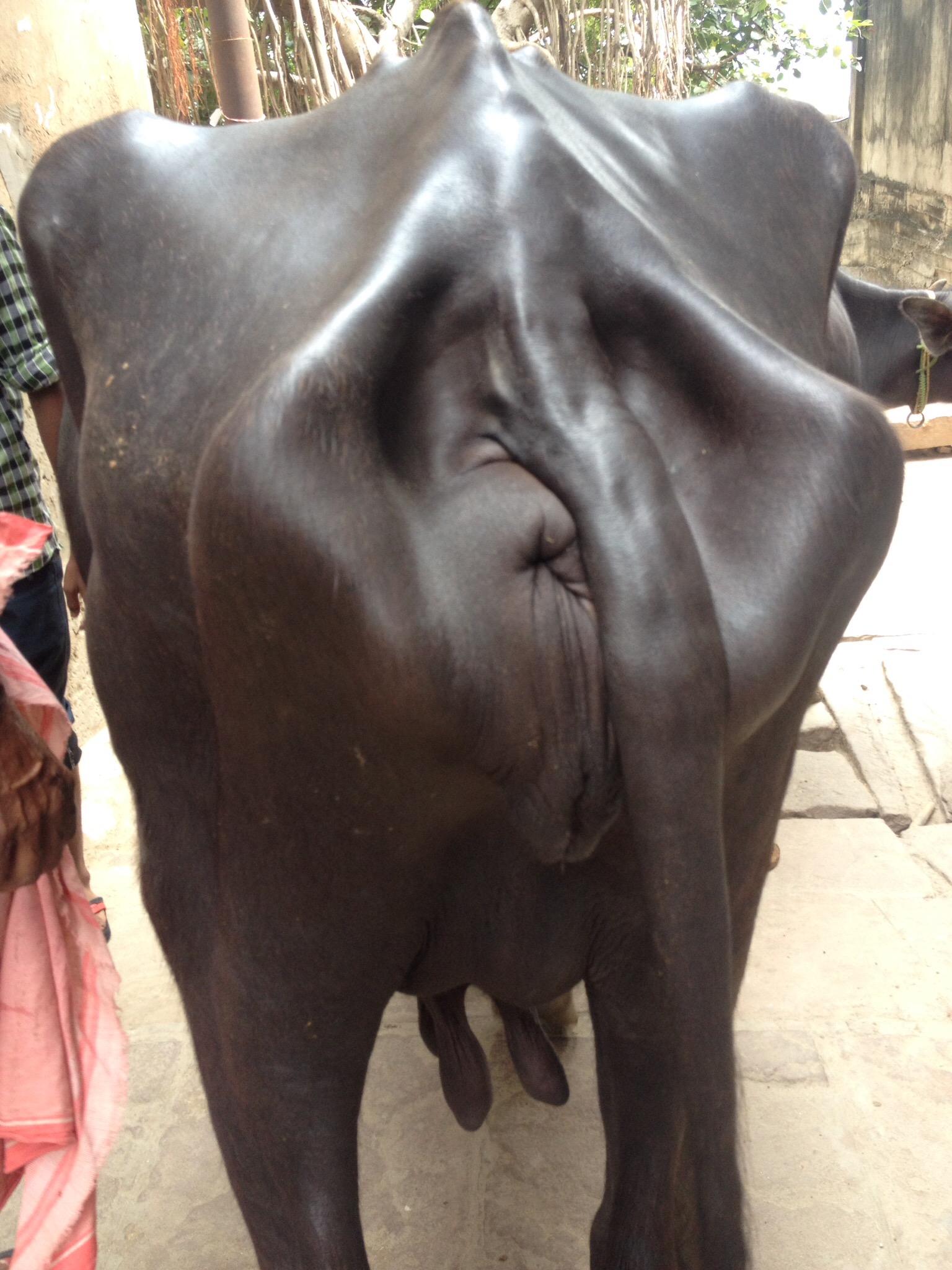 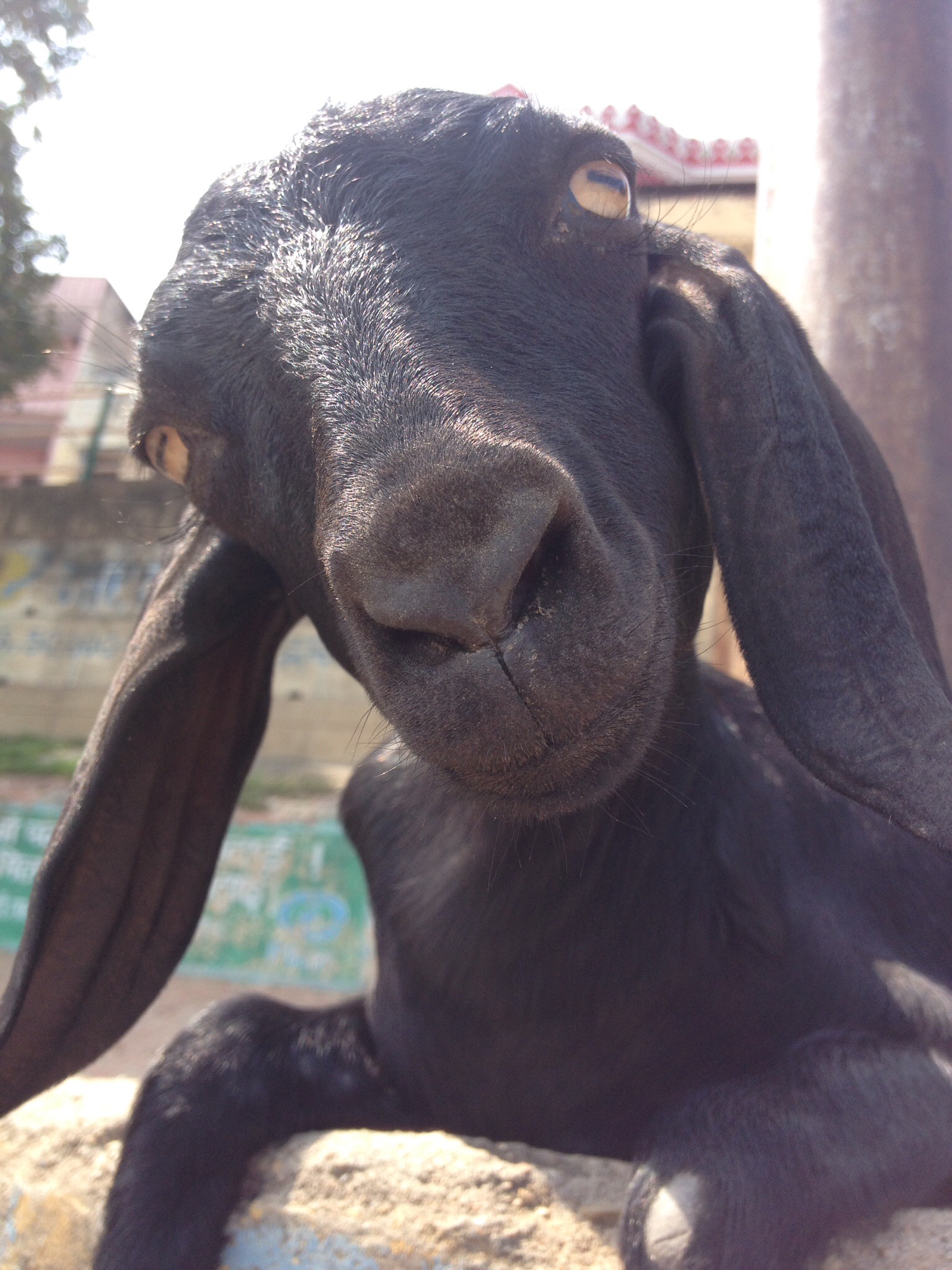 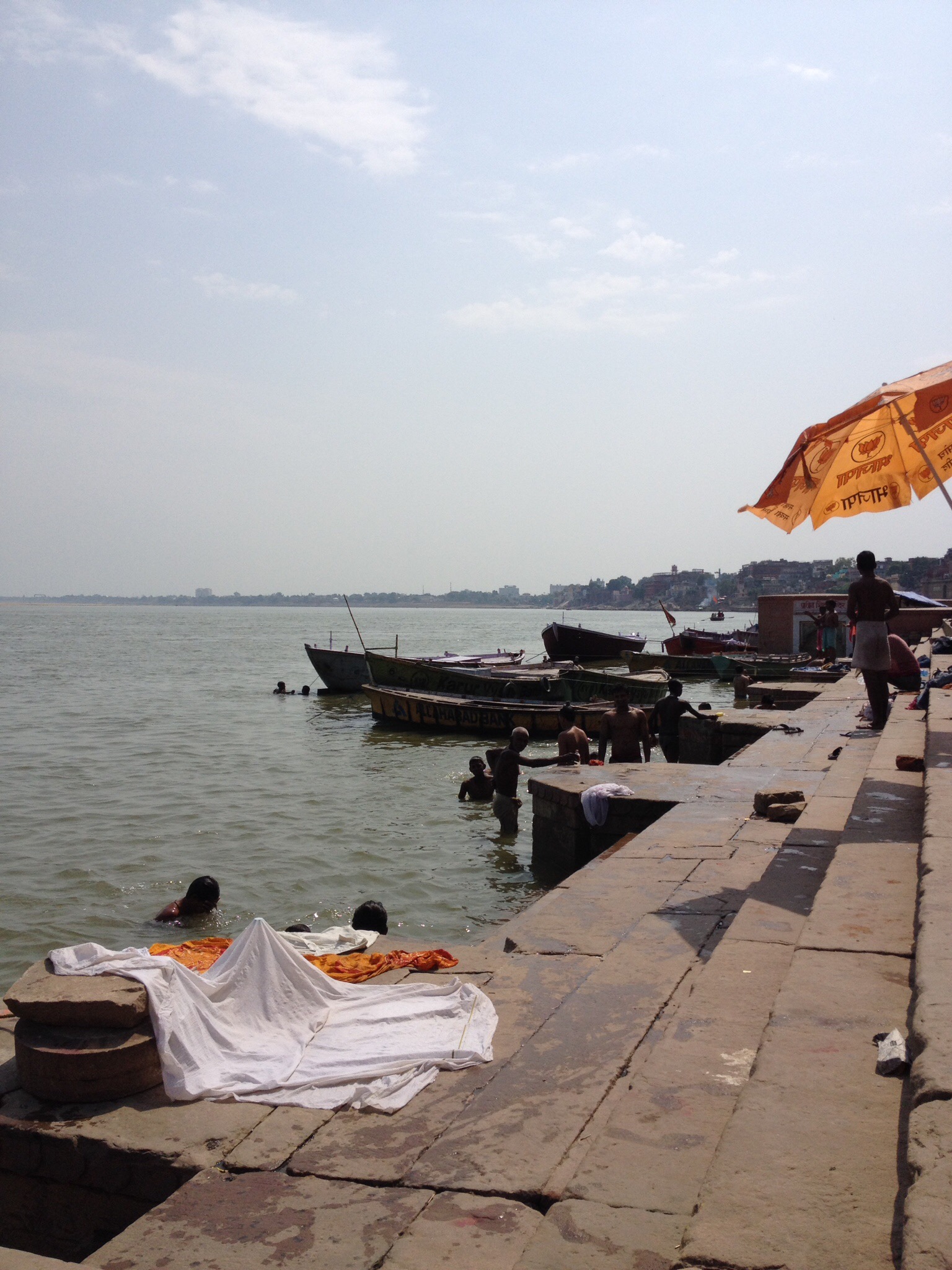 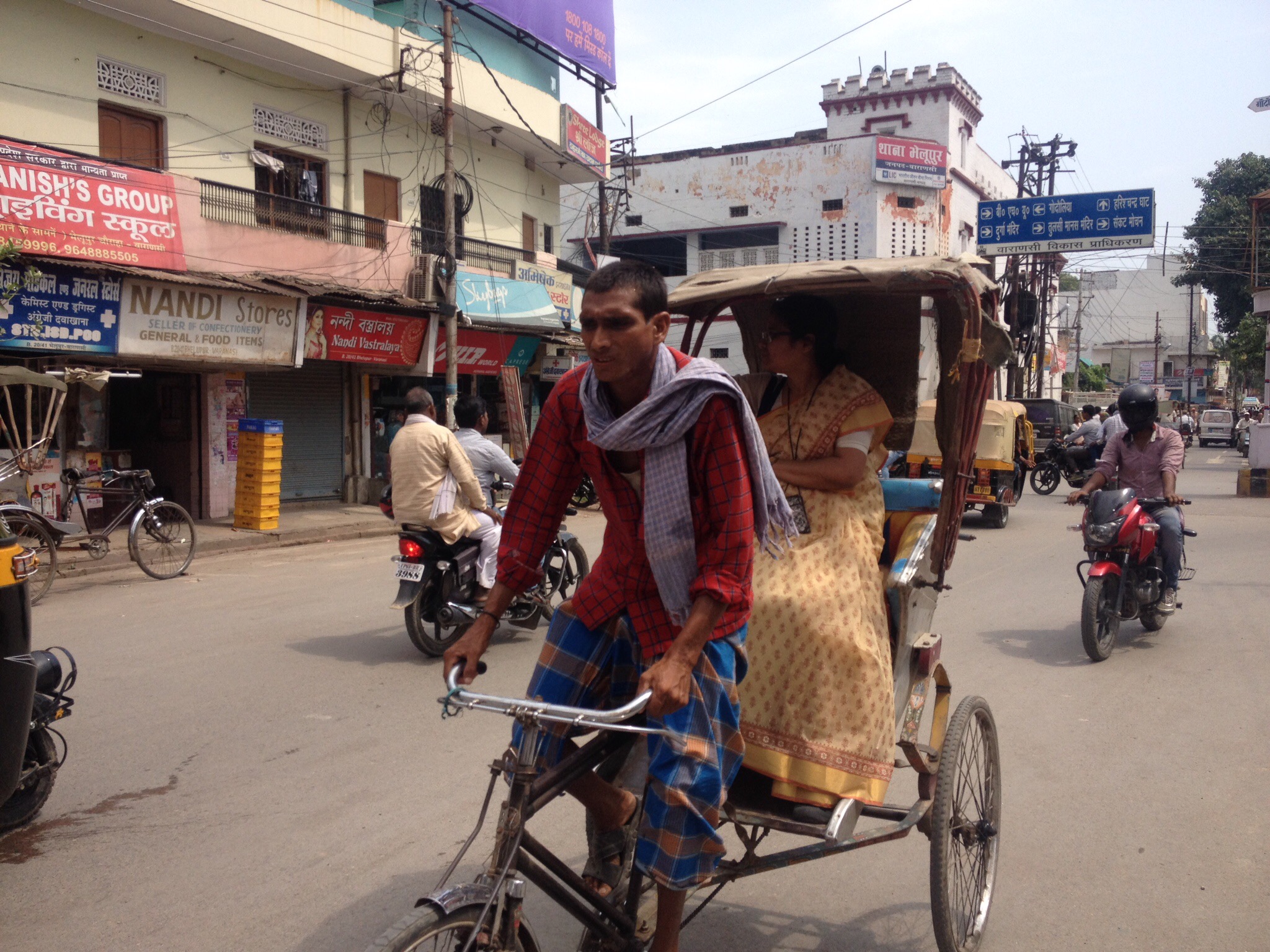 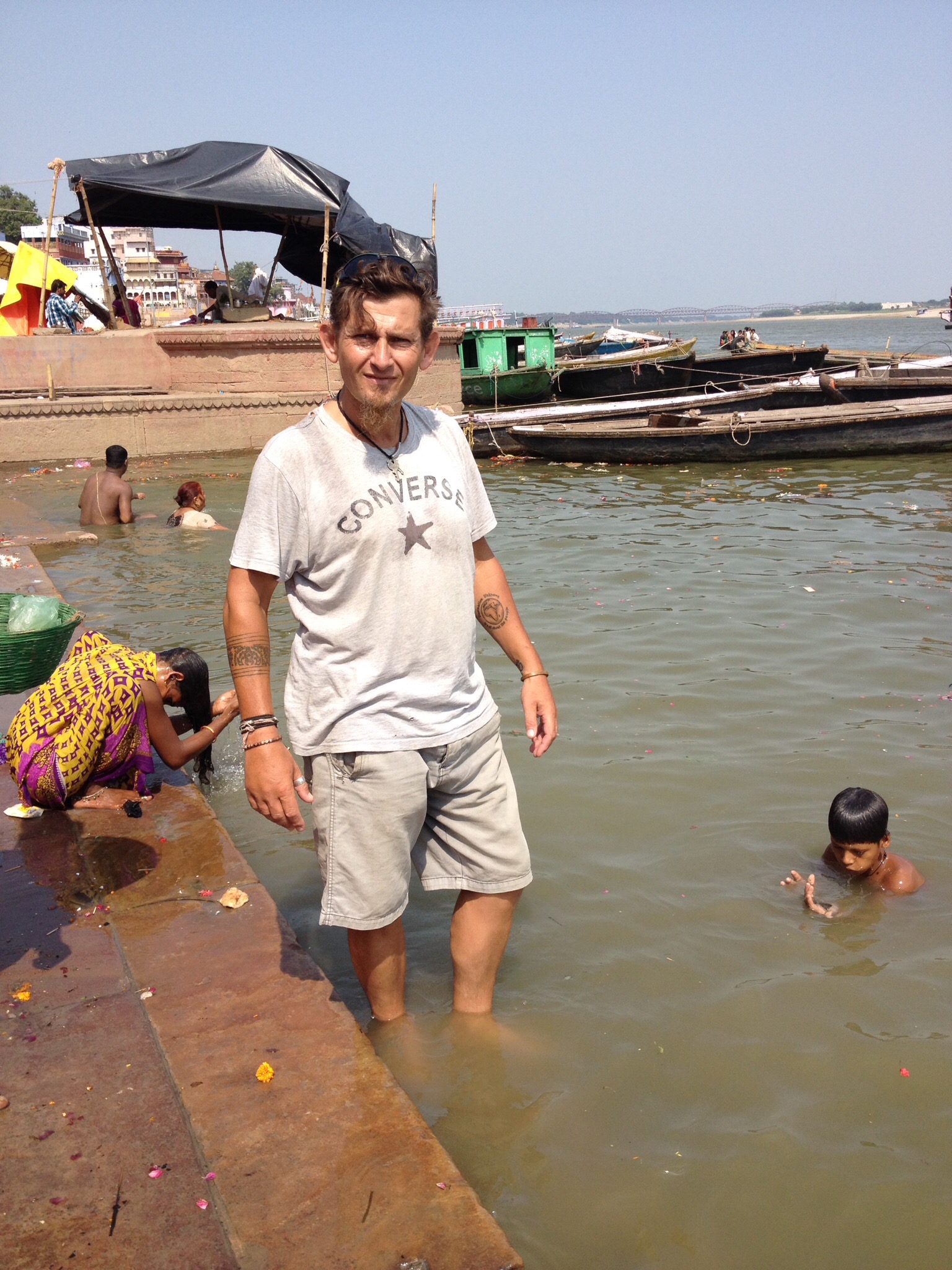 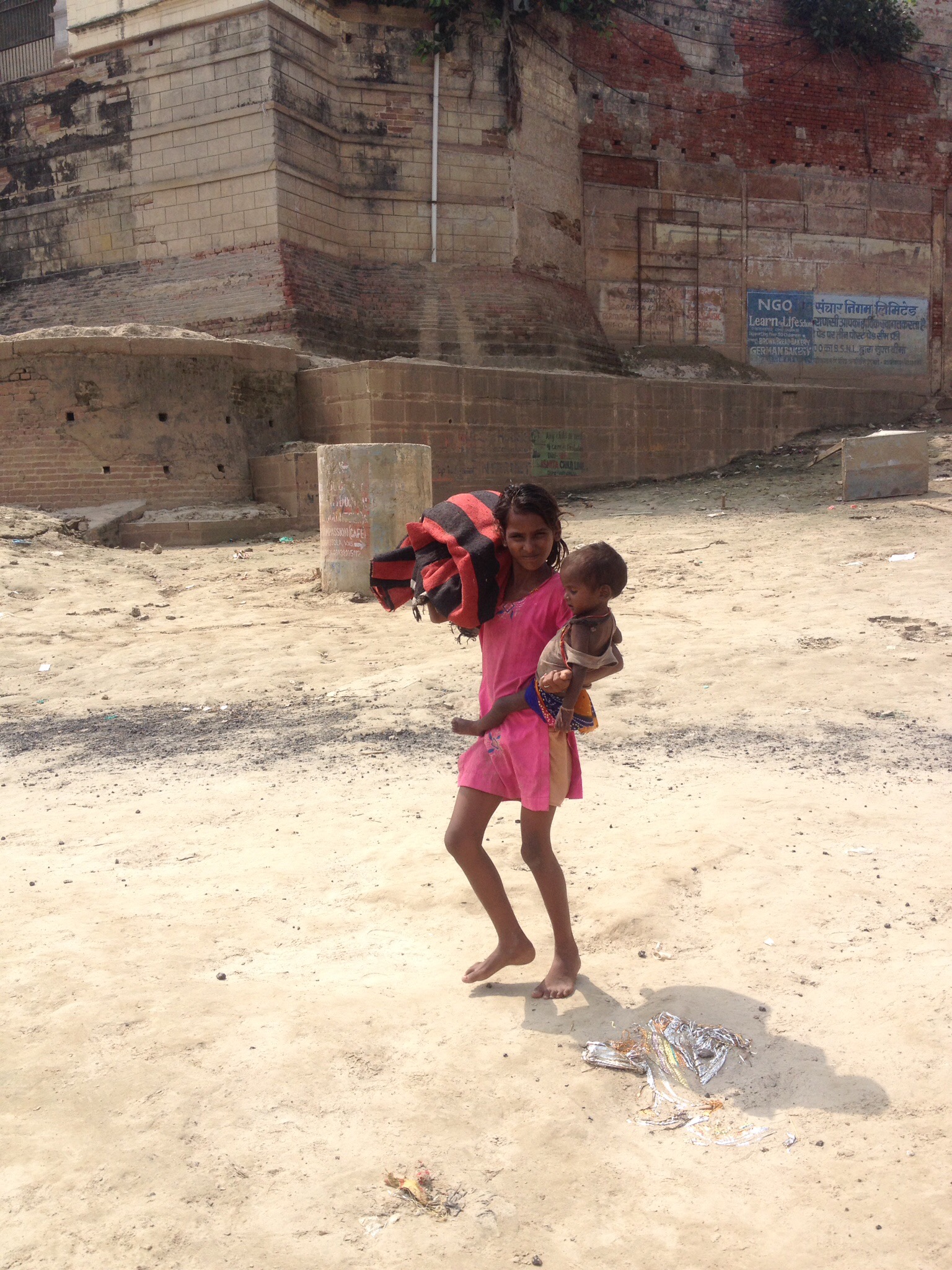 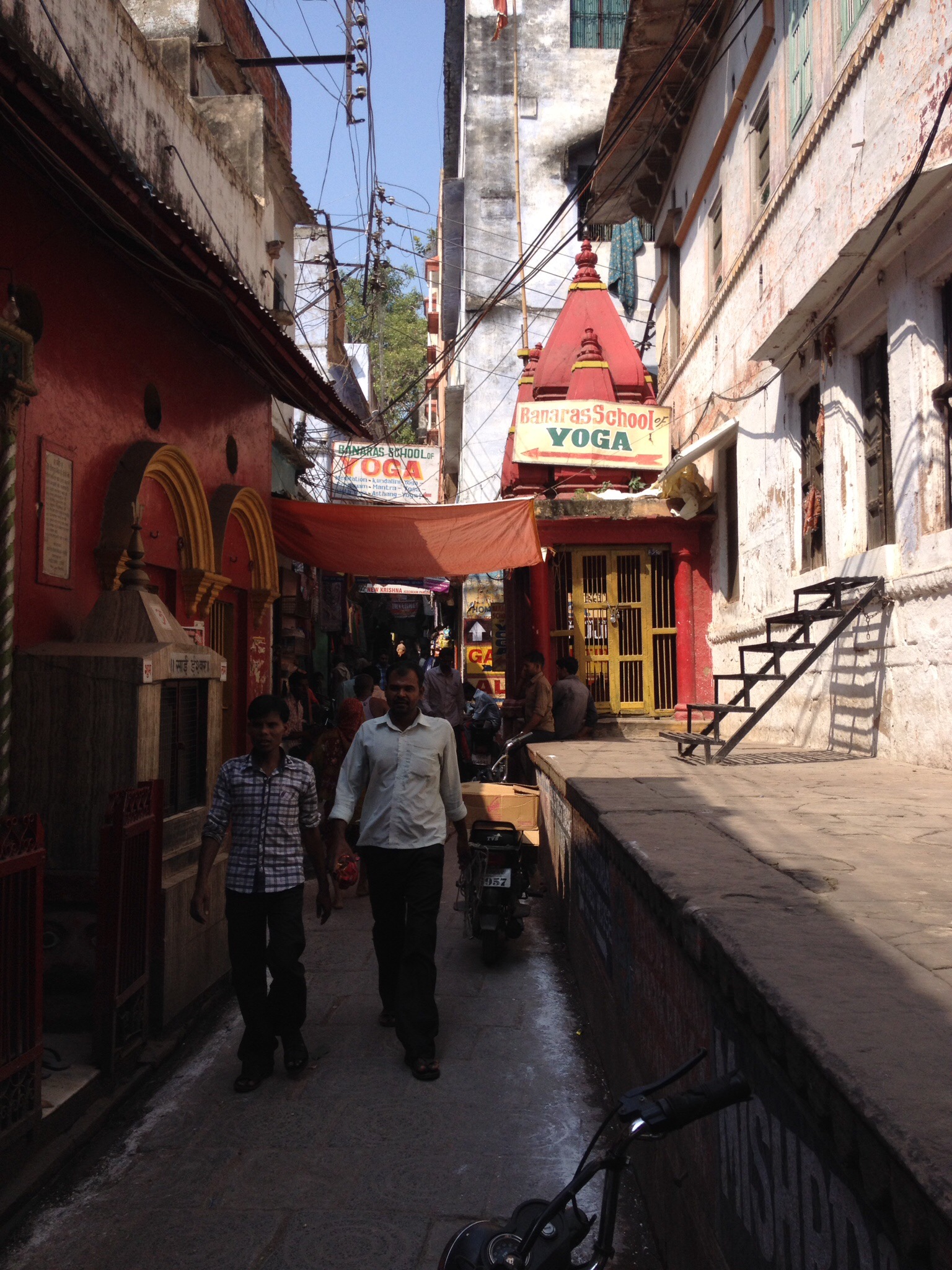 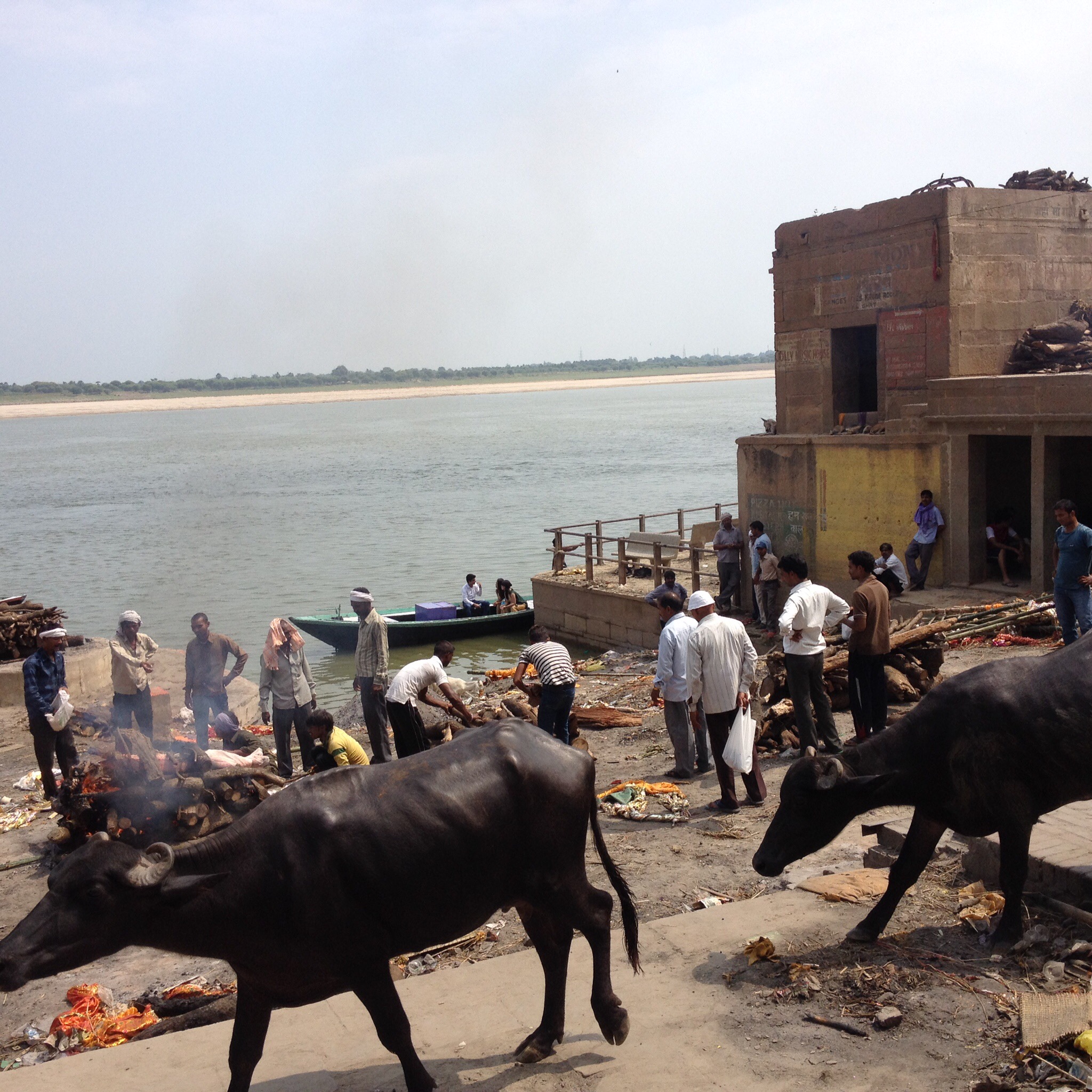 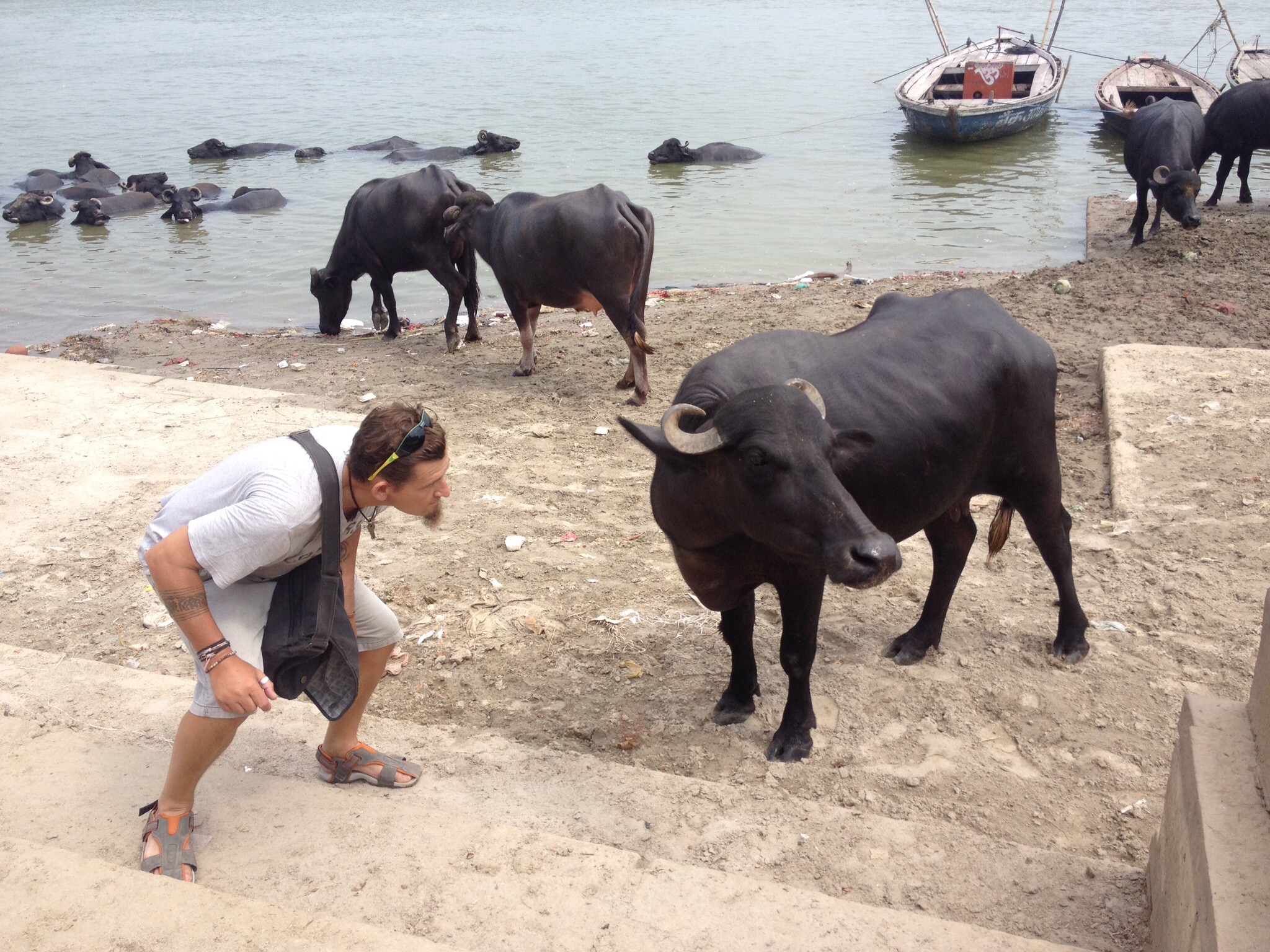 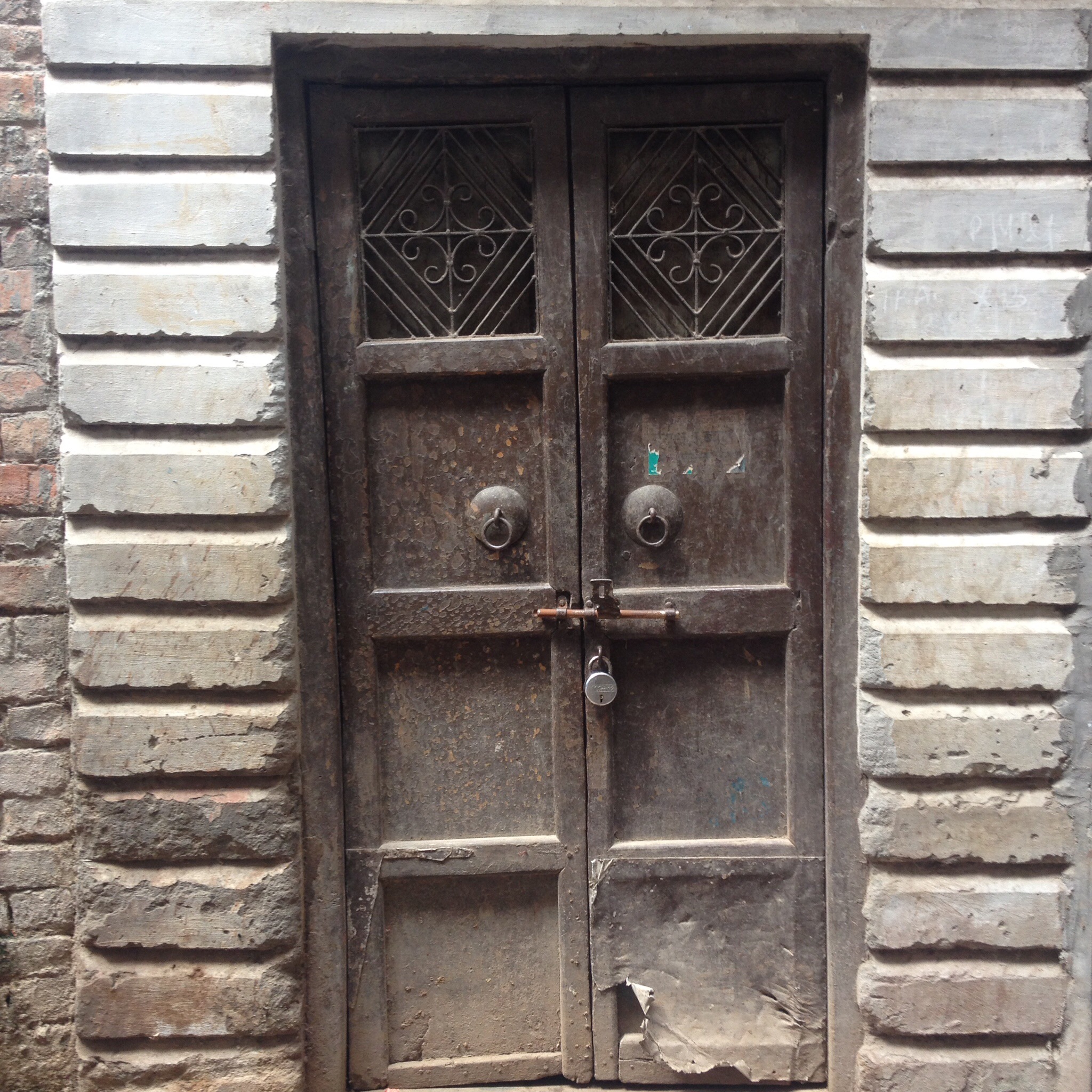 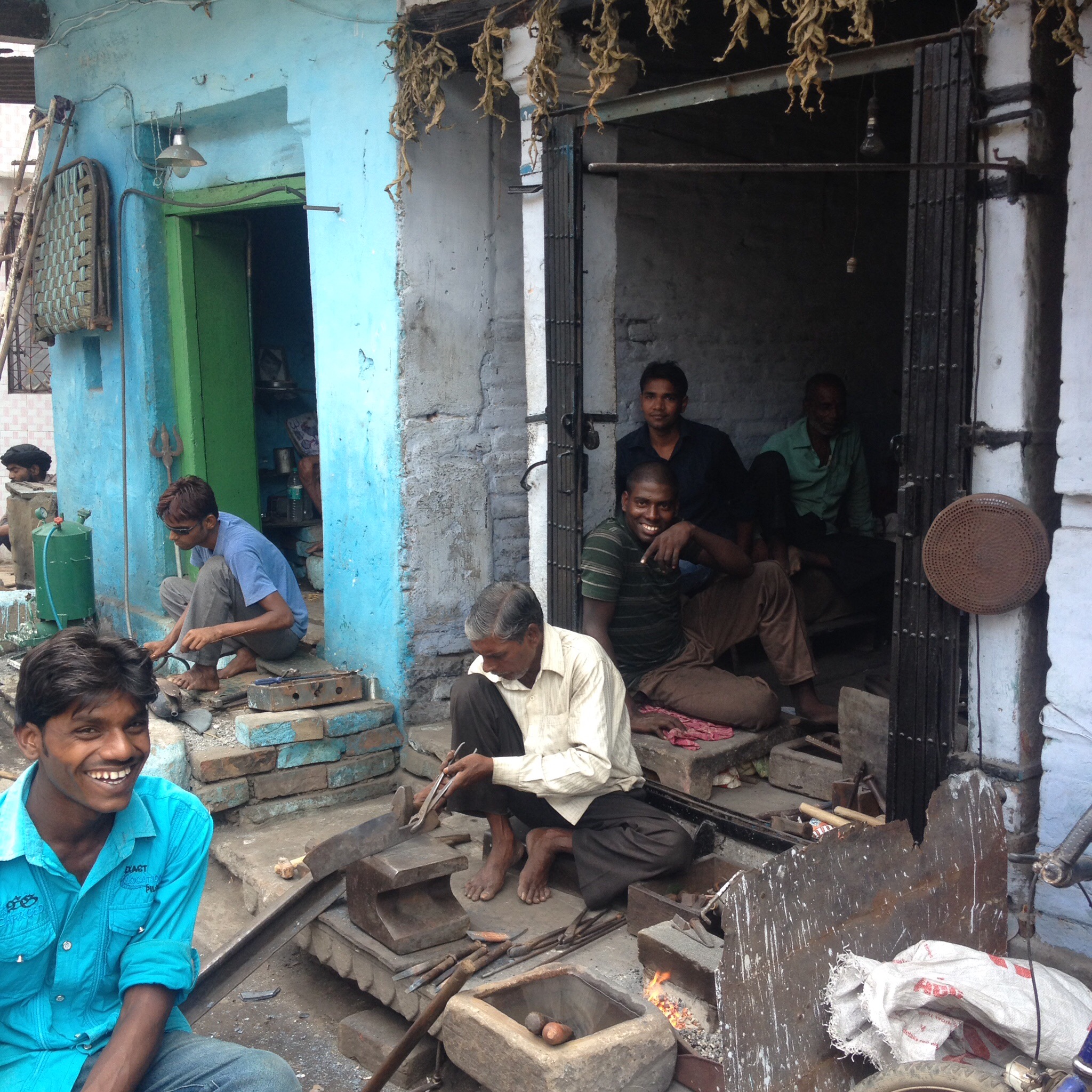 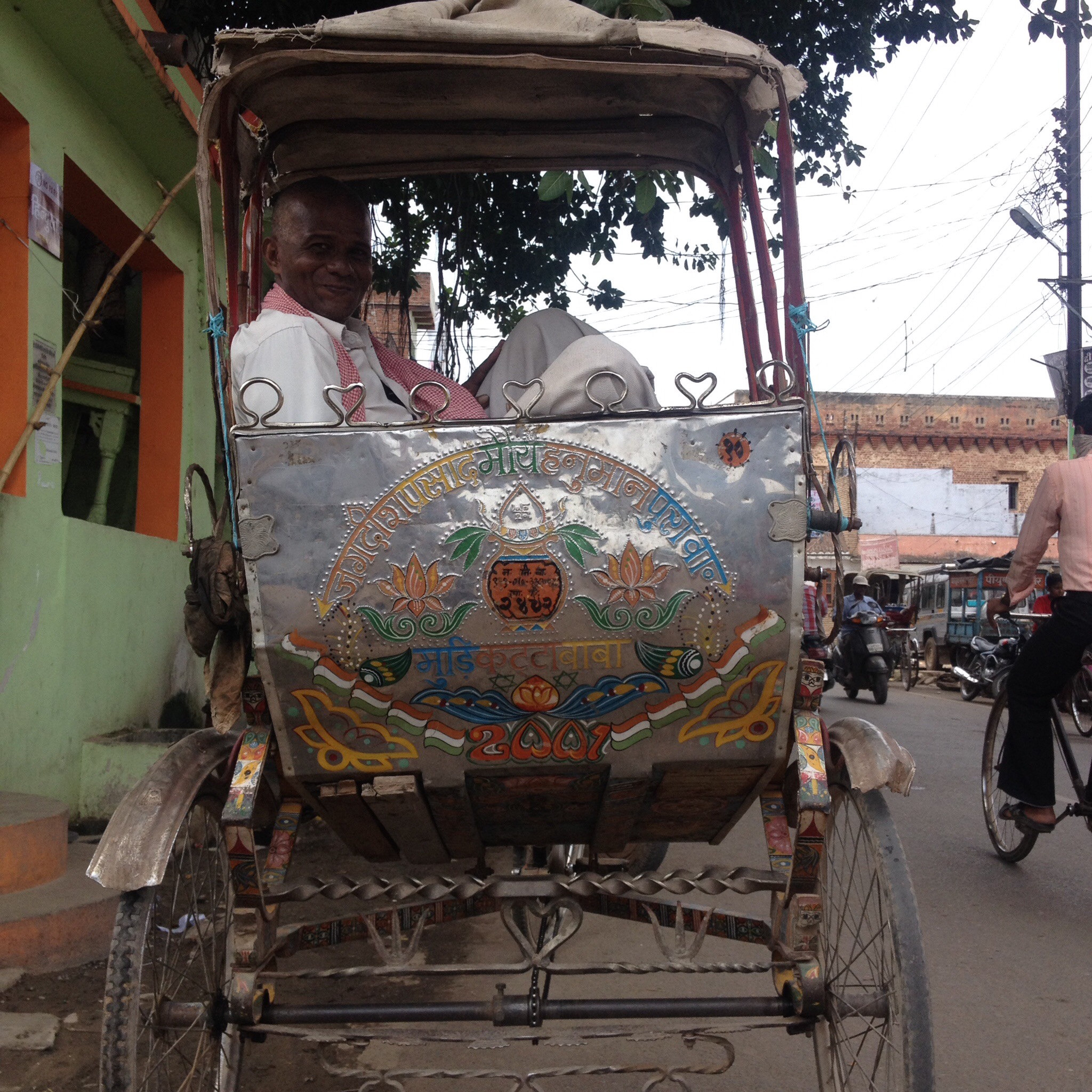 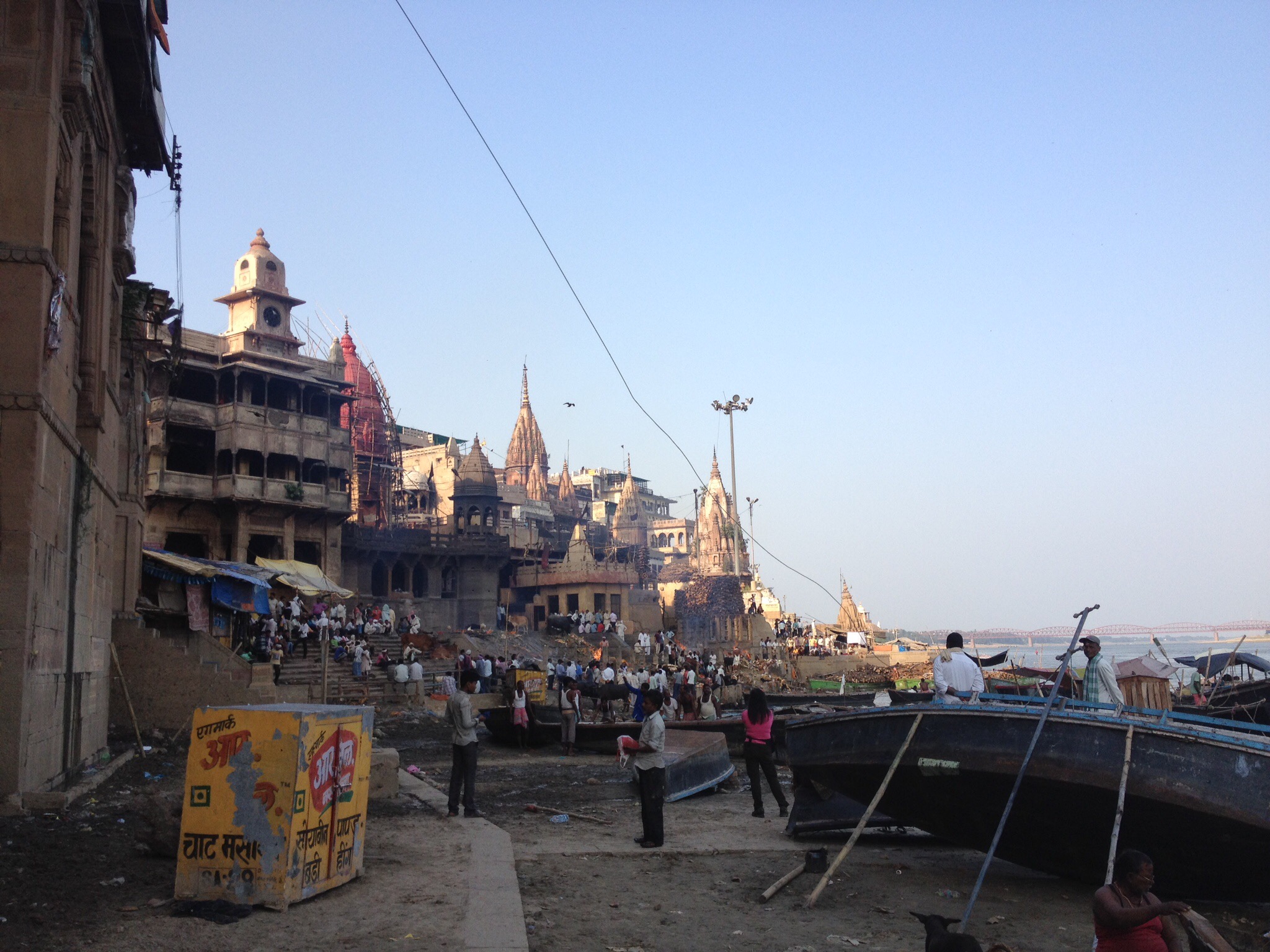 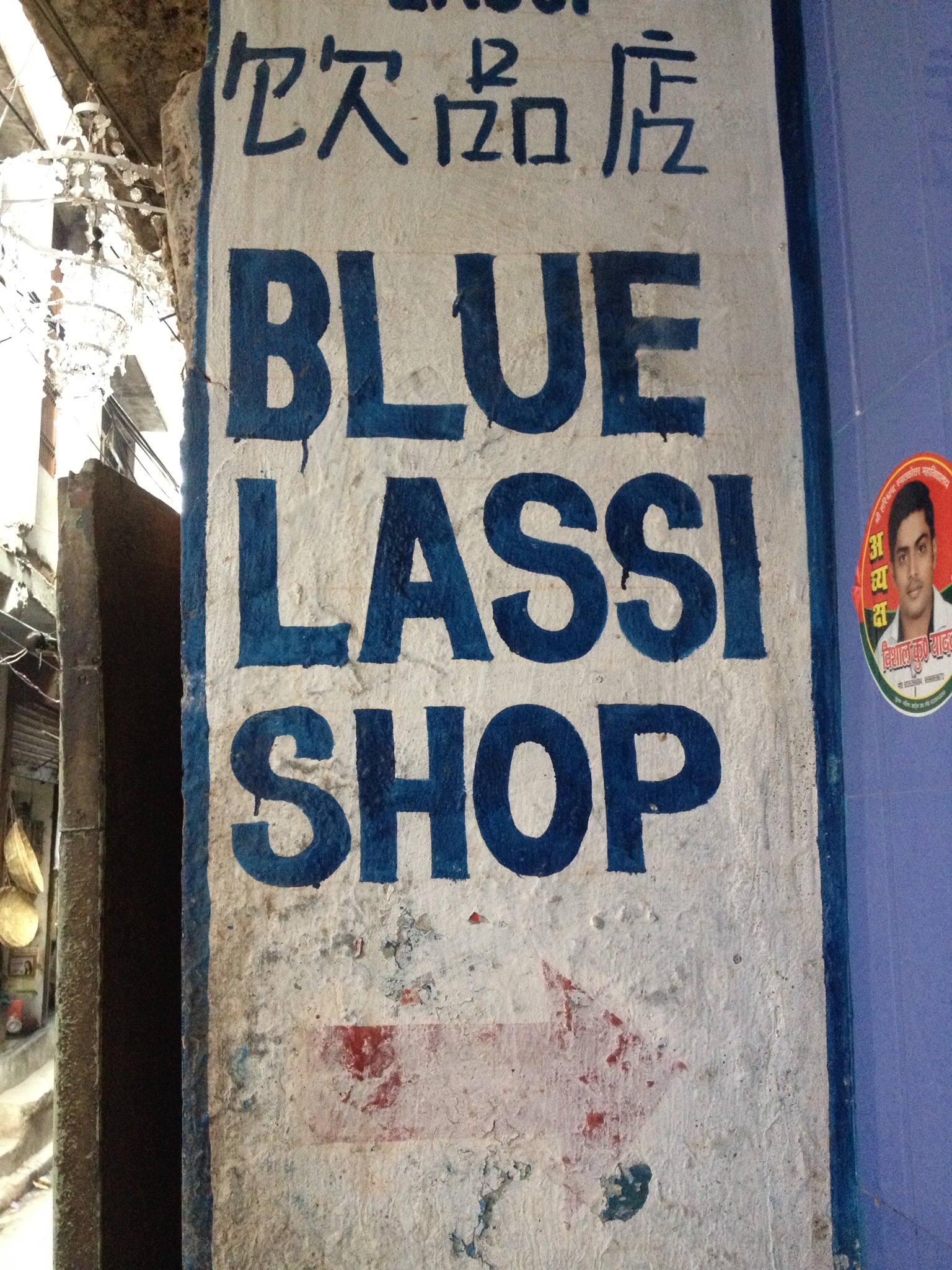 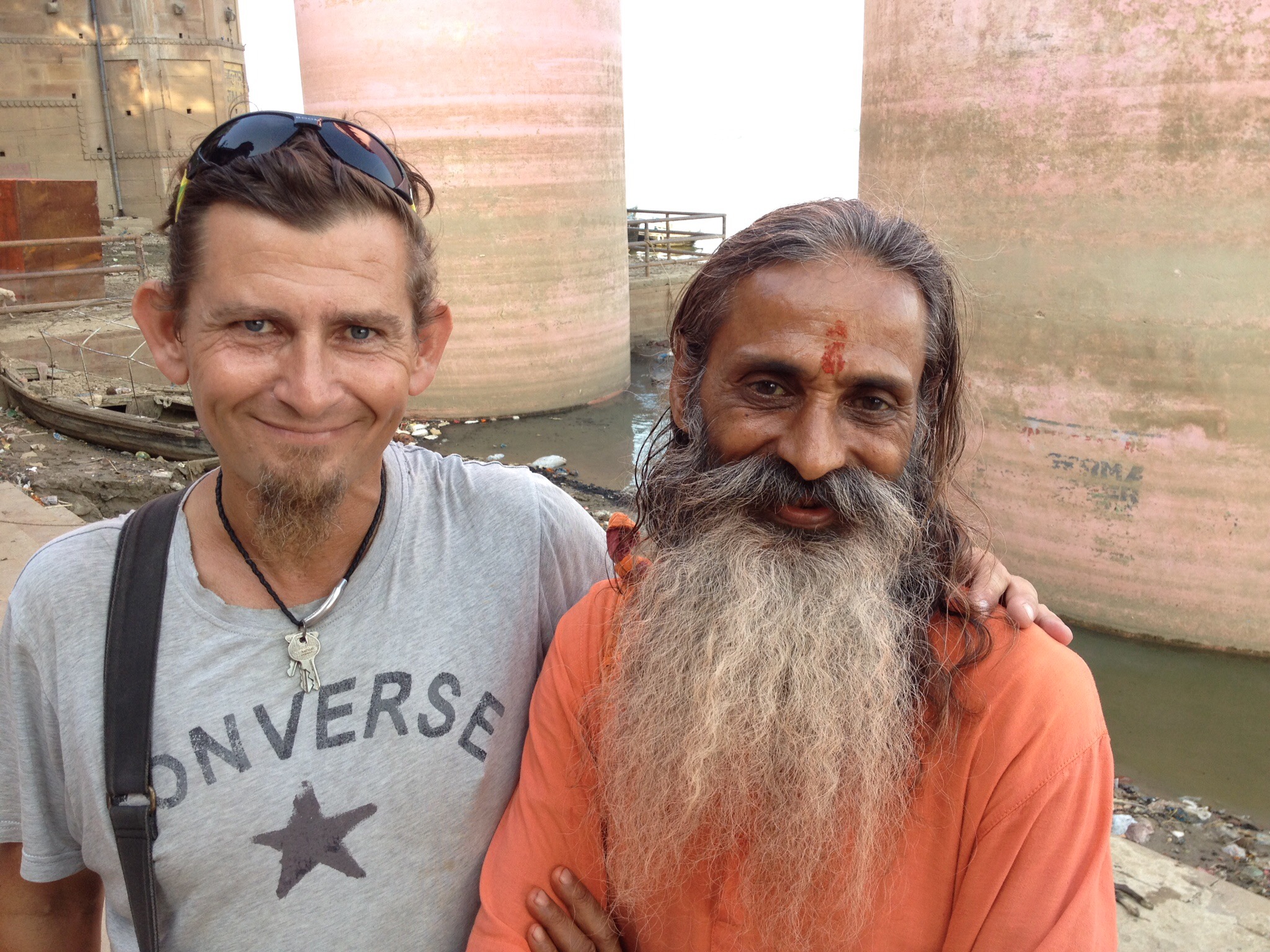 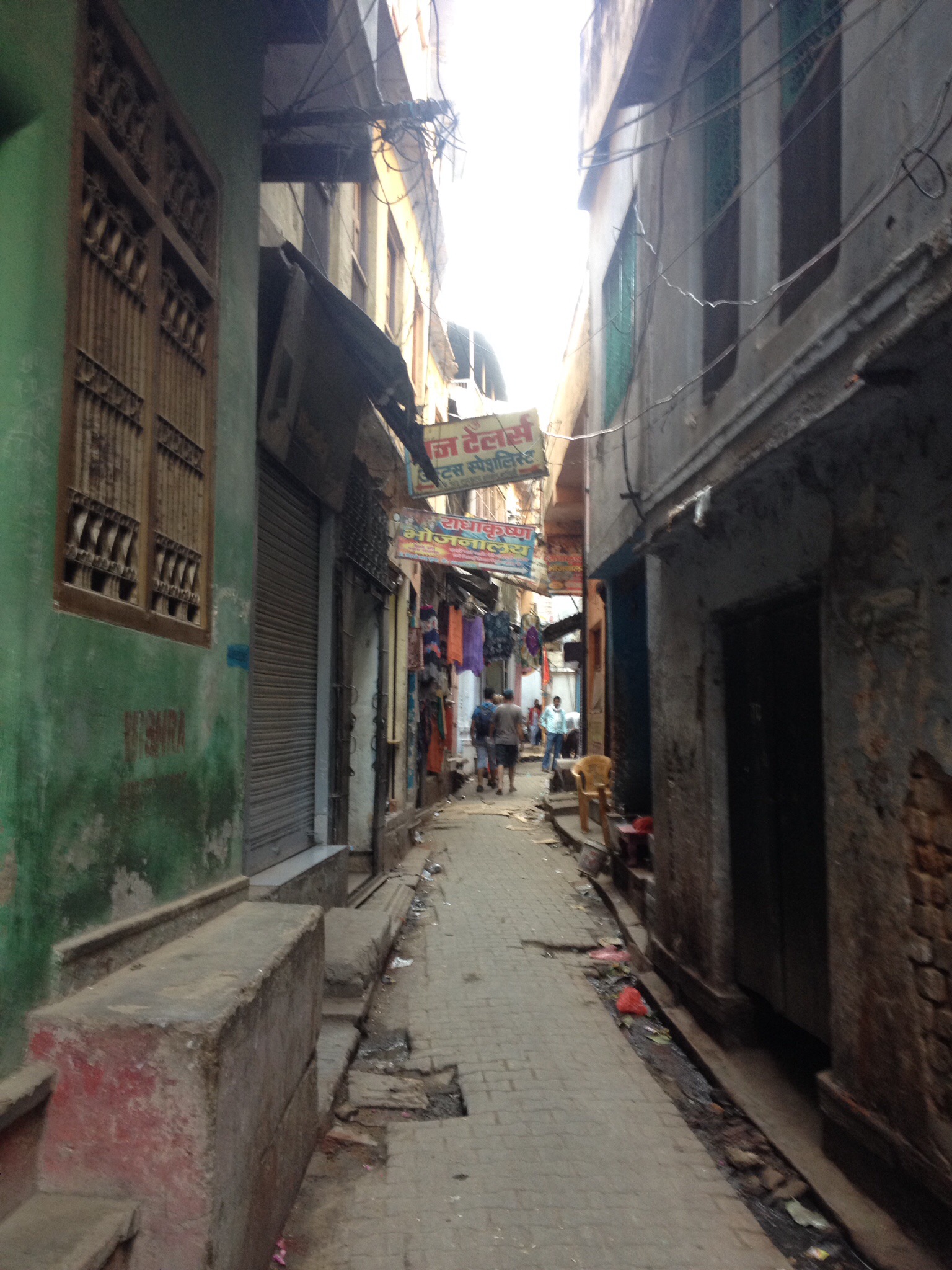